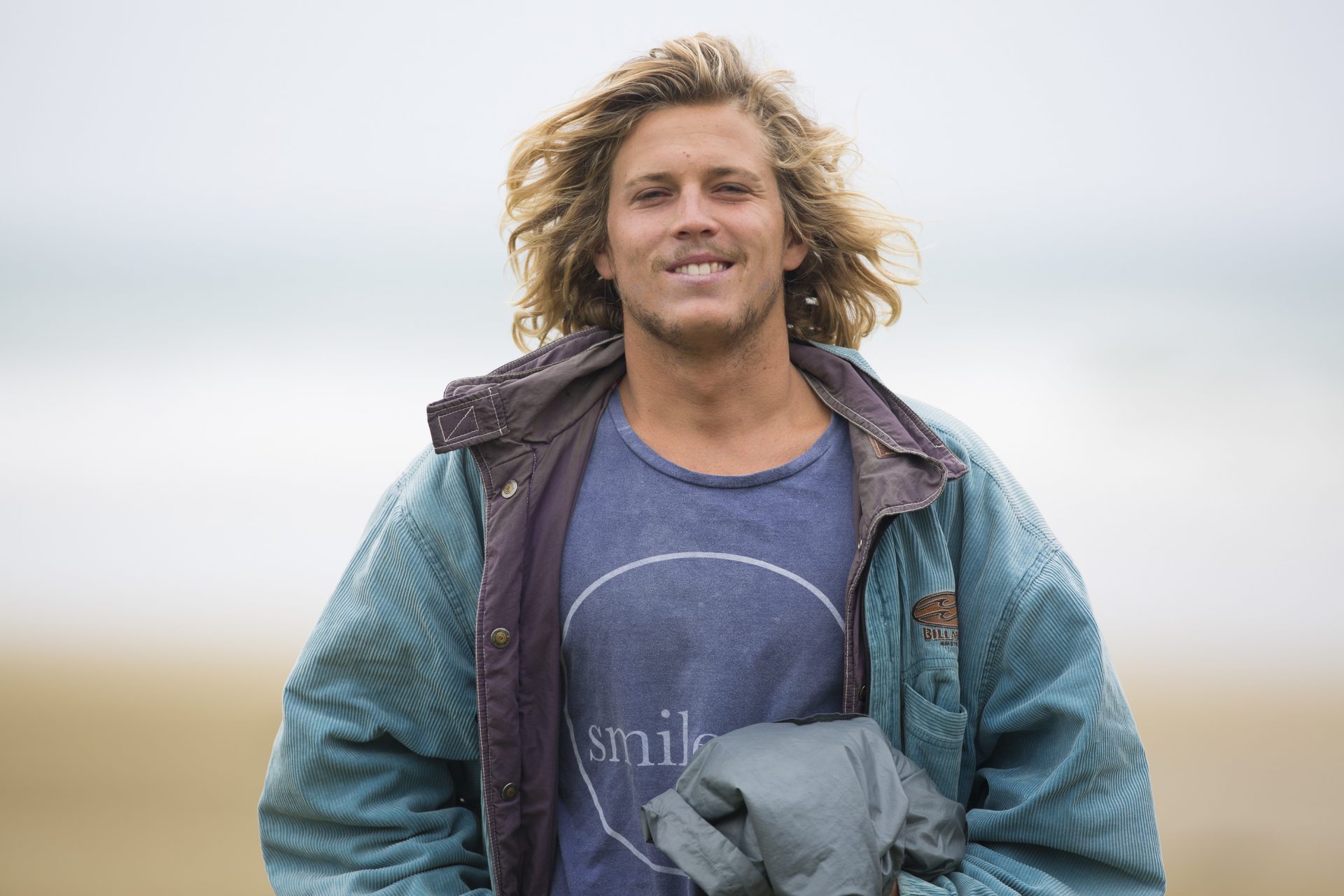 The forecast promised 5m at 13 seconds. Thoughts of it possessed me so I retreated to a favourite Catlins haunt only to stumble across an incredible session – not only for the waves, but for the quality of the characters chasing the peaks. One blonde-haired 20-year-old Aussie from Byron Bay was hooting at the peaks detonating out to sea, while laughing with friends. Seemingly oblivious to the 6°C air temperature, let alone the additional bite of wind chill, Ziggy Alberts was mesmerised by the scene before him.

“I came here to tour and play some shows, but I’ve made sure I have a really solid ratio of surfing on this tour – it’s more of an adventure for me,” laughs Ziggy Alberts as he watches another set explode across the bay.

Ziggy, with the help of his mate Bede Carmine, a fellow Aussie now living in Bali, had lined up eight shows during a 17-day tour of New Zealand. Ziggy is a singer songwriter originally from the Sunshine Coast and with a raw talent that has sent him on an impressive trajectory in the world of music.

“It’s been as much about having surf adventures and exploring the lakes and rivers of New Zealand as it has been about the gigs,” he smiles between driving rain shards. “It has been perfect.”

The spark that bought him to this very moment in time came in the form of a guitar, which Ziggy’s parents had bought him at the start of 2011.

“I started writing my own music at the same time,” he explains.

Ziggy was home-schooled until he was 13 – around the same time he started to write for a surf magazine – a lot of creative writing that included an internship at Stab Magazine. But the gift of music resonated deeply with him.

“Music just started to take a priority and I went from teaching myself to releasing a couple of songs about three or four months later. I released my first EP (Feels Like Home) at the start of 2012 then did my second album (Made of Water) in October 2013 and my first full-length record (Land & Sea) in November last year.”

“I have no prior musical background – people soon figure it out that I am just making it up as I go,” he laughs. “I still can’t read music – I’ve only learnt by ear – if someone asked me to teach them my songs I couldn’t tell them the chords or anything. I don’t really know guitar stuff.”

I think it’s cool to celebrate not just minimalism, but having those things that are important to you and respecting and valuing them. Sure, right now it’s freezing and I wish I had a hot shower and a pad on the ocean, but I wouldn’t give up any of the experiences that I have had for those things.

He defines his genre as coastal folk music that draws on his personal experience and revelations entwined with social and world commentary.

“It’s a lot about human nature – a lot of my songs reference back to the ocean – it represents consistency and inconsistency and health and lack of health and everything in between. It has been a very interesting journey for me.”

Ziggy said he started writing music about sad events in his life because that’s all he knew how to write about.

“I remember sitting at my brother’s house in 2013 and as I wrote this song I focused on a change in the way I was writing – I wanted it to have a purpose. That doesn’t mean that some songs aren’t sad, but a lot of my songs are uplifting because I believe you have to write about positive things to cultivate positive energy. That’s allowed me to become a more positive person on every level and to share more positive experiences with people. You can’t play 250 shows a year if you can’t maintain that positive energy – it would take too much out of you to be sad all that time.”

He doesn’t just sing about the beauty of a simple coastal life – he lives it.

“It has never been attractive to me, but I think it has become less attractive, for example, to be a musician with three houses, play stages, big lights and fireworks – without that connectivity to the people that you’re singing to. I’ve lived out of a van for 12 months now. I sold or gave away lots of my clothes to groms. I have a bag with my clothes in it in the van. I have one pair of jeans. I have my guitars, my music gear and my surf gear and that’s it. That’s me.”

“I think it’s cool to celebrate not just minimalism, but having those things that are important to you and respecting and valuing them,” he explains as he watches another rain-laden squall roll down the valley. “Sure, right now it’s freezing and I wish I had a hot shower and a pad on the ocean, but I wouldn’t give up any of the experiences that I have had for those things. Those experiences are what have driven me, helped me to create new stories and helped me grow.”

Ziggy calls Byron Bay home. He was attracted by its “incredible culture – a lot of good people – a hub of travellers”. But the Catlins, in all its tumultuous nature, has won him over.

“Catlins has been perfect for me,” he grins with eyes lit up as he surveys the horizon. “I got the barrel of my life yesterday. I had just paddled out and took off on this wave that had a real double up to it. I stalled a little bit and dragged my hand and just sat there thinking this was going to really run. It was one of those incredible experiences where you’re just so relaxed. I was so deep in it and it never crossed my mind to jump off – it was so wide and I just sat in there and got foam balled. It was that feeling of weightlessness – that feeling of lifting underneath my board. All I had to do was hold my line – it looked like it was breaking away from me I was so deep.”

He said the cold water put the “adventure back into surfing” for him.

“Don’t get me wrong I love surfing my longboard at The Pass in Byron Bay and there are girls everywhere and the sun’s out and it’s warm and we’re getting barrels down at Tallows. There’s a real beauty to that as well, but standing around a fire in the rain and we’re barely getting the wood to light – it’s wonderful.”

And with that he wrings out his wet wetsuit, shakes it into the biting wind and pulls it on, grinning through the discomfort as the ocean beckons him. 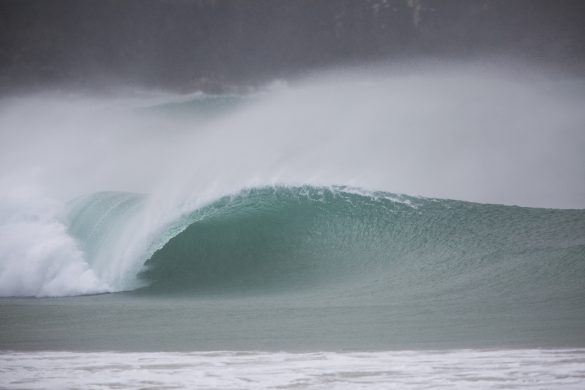 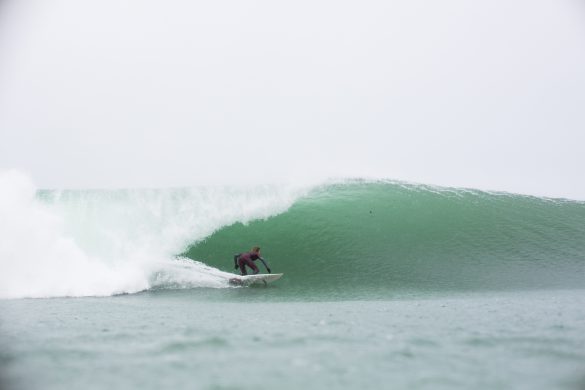 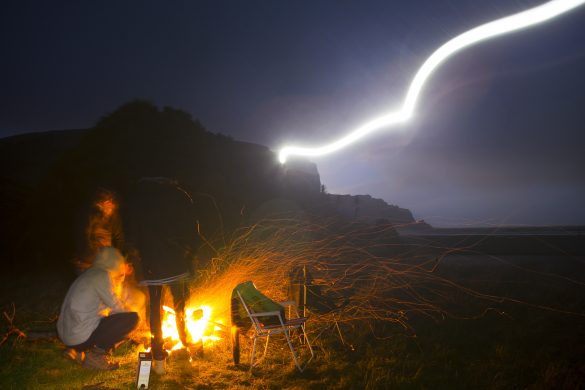 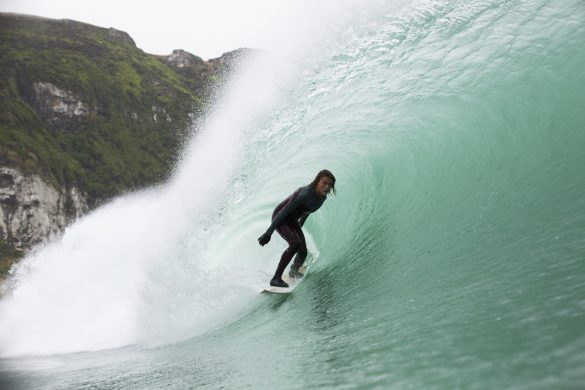 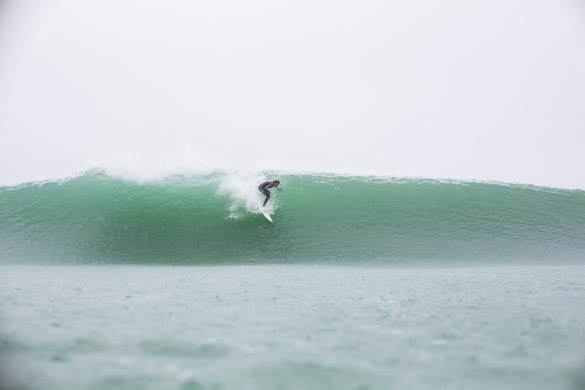 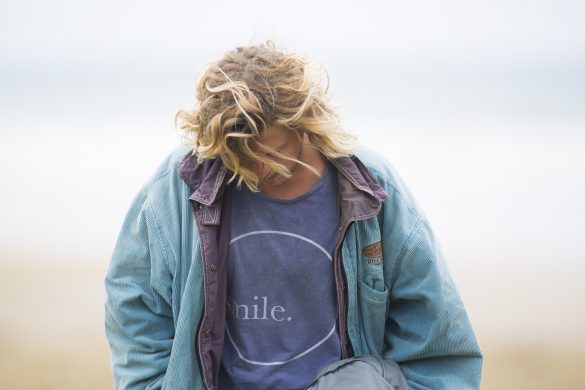 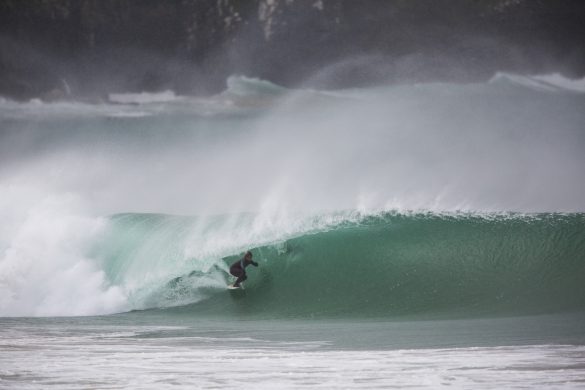 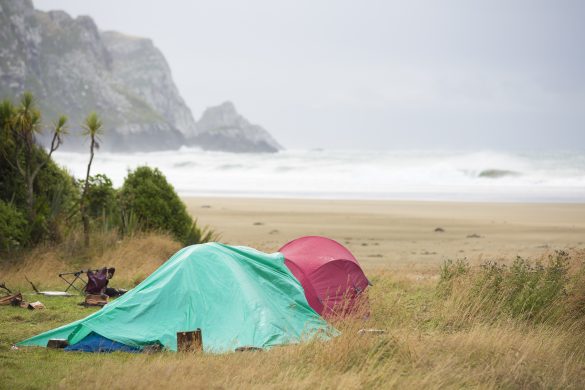 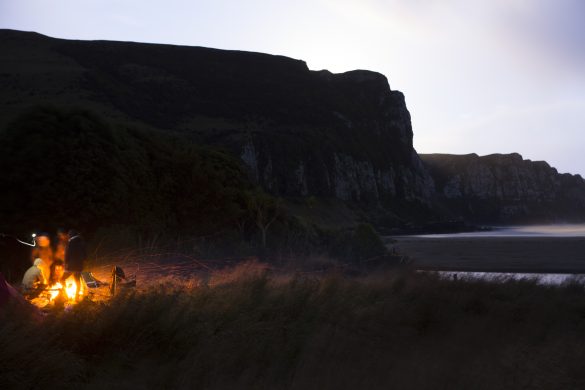 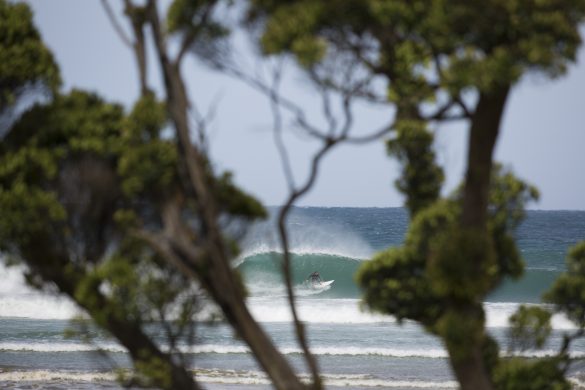 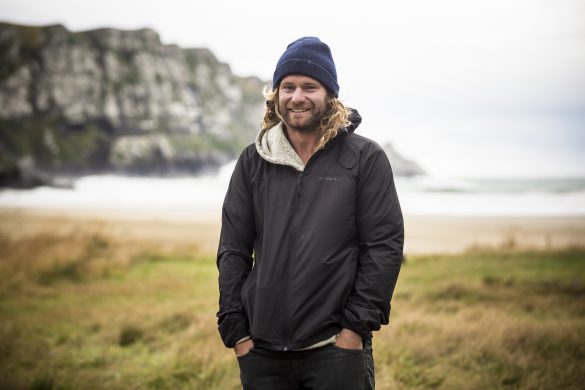