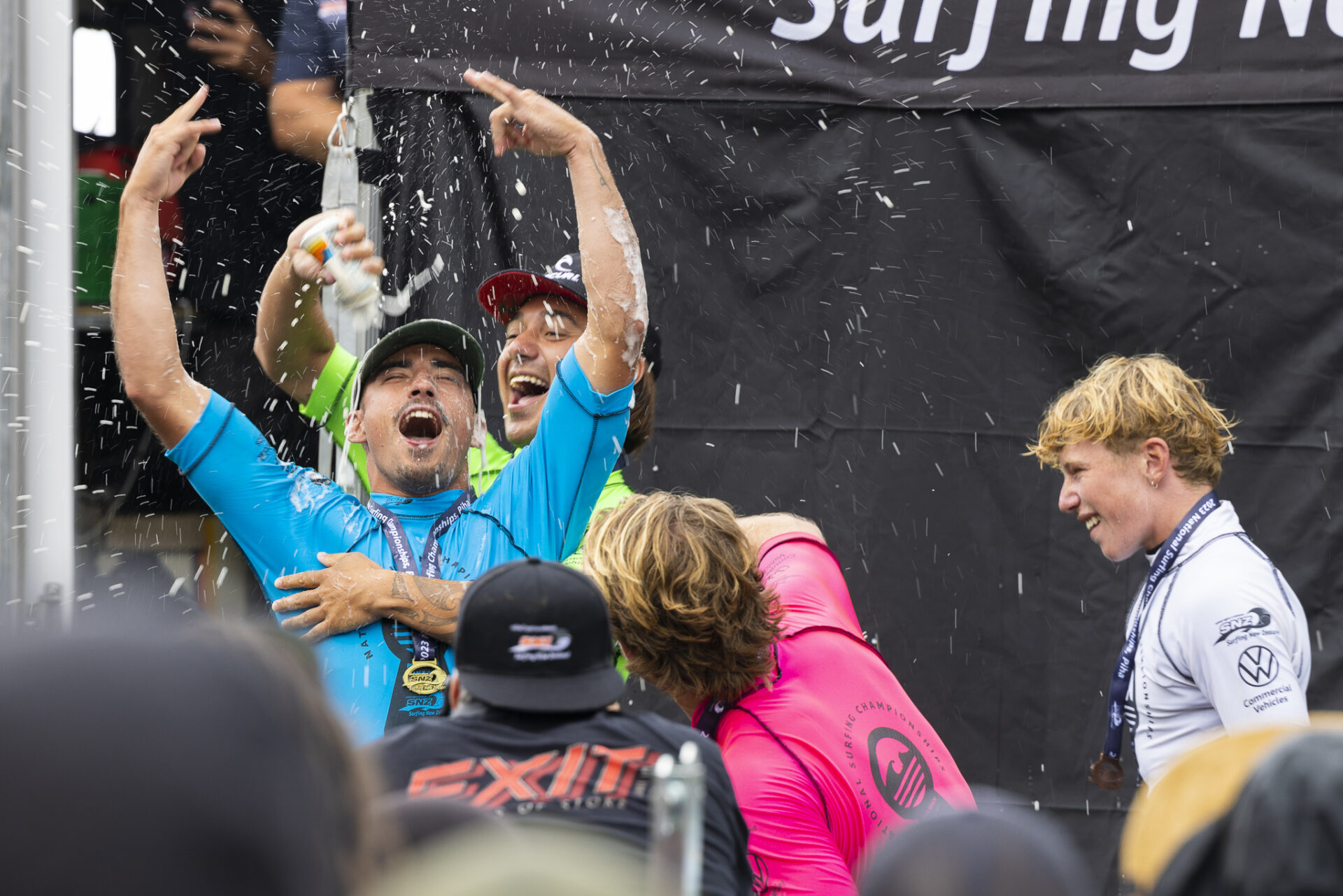 In a Men’s Open final that had the crowd on its feet, local surfer Dune Kennings pulled off an extraordinary feat to become the first Piha surfer to ever win a title at his homebreak. And he did it by beating his friend and fellow Keyhole Boardriders member Elliot Paerata-Reid on the way.

“We dreamed of this,” Dune told NZSJ after his win. “Elliot and I had talked all week how we wanted to finish first and second. I’m just so stoked, it’s still sinking in.”

Controversy surrounded the Open Men’s yesterday after a priority glitch caused confusion in the middle of the first semi-final. Dune Kennings paddled for a set wave only for Tim O’Connor to drop in thinking he had priority even though Dune had been waiting in the zone for longer.

“We made an objective priority mistake and according to the ISA rule book, we will re-run the heat this morning with the three surfers impacted,” explained Surfing NZ’s Ben Kennings shortly after announcing the re-run.

Dune, who had not made it through the original semi-final, got to work in the early re-run and never looked back, booking himself a spot in the final and sending Tim O’Connor and Caleb Cutmore packing.

In the final, held in running 2-4 foot Piha lefthanders, Dune was inspired and quickly posted the highest score: a 9.35. Elliot Paerata-Reid found an 8.9, Billy Stairmand stomped an 8.5, and it was game on. The intensity was insane with the Keyhole Boardriders sand dune erupting in cheers each time one of the Piha lads took off on a bomb.

Dune soon found a wave that two of the judges deemed a 10, settling for an impressive 9.9 for a heat total of 19.25. Elliot responded and came close with a 9.3, then Billy found a 9.35. To win Billy needed a 9.91. Elliot needed a 9.95. Neither gave up. Elliot took off on one that shouldered off and he stood tall and saluted Dune to acknowledge his win.

Seventeen-year-old Kalani Louis, who narrowly missed winning the Under 18 final to Navryn Malone a heat earlier, went ballistic to try to peg back the runaway Piha freight train. He put it all on the line with some incredible through the lip turns only to fall on landings. His 11.85 heat total does not reflect the fight in the young Taranaki surfer when faced with three of New Zealand’s very best surfers.

Dune’s win, with Elliot finishing in second, has turned the sleepy Piha village into a massive party zone. Keyhole Boardriders have taken the evening’s entertainment into their own hands with a DJ and gathering that will truly celebrate the might of these two surfers. 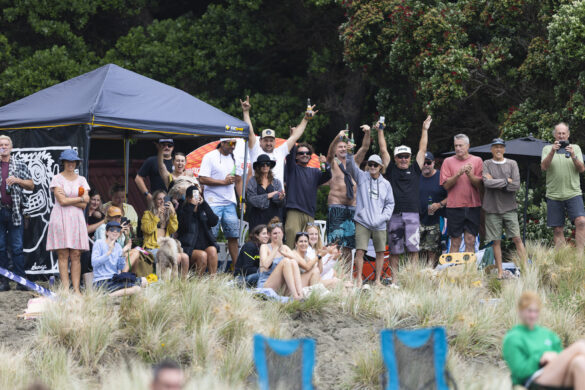 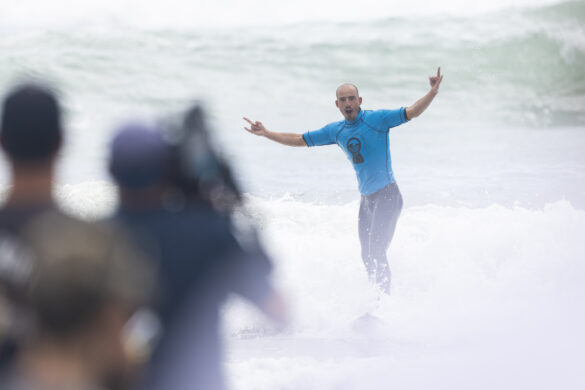 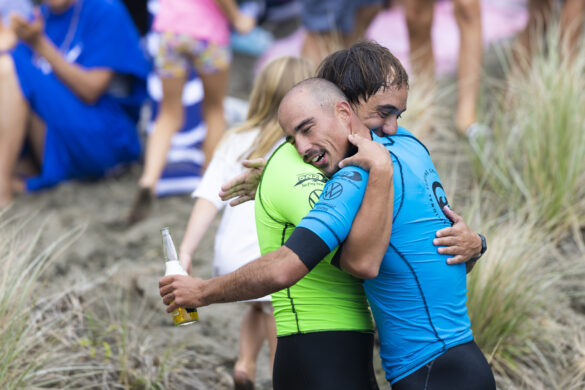 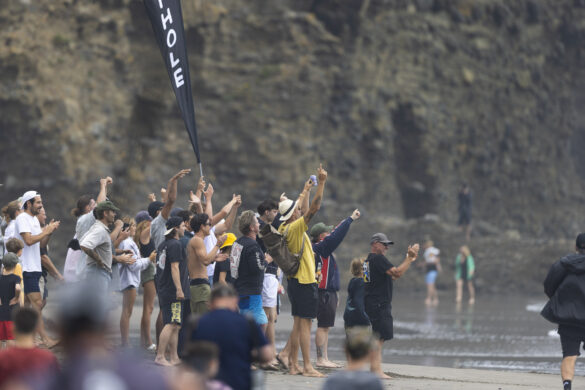 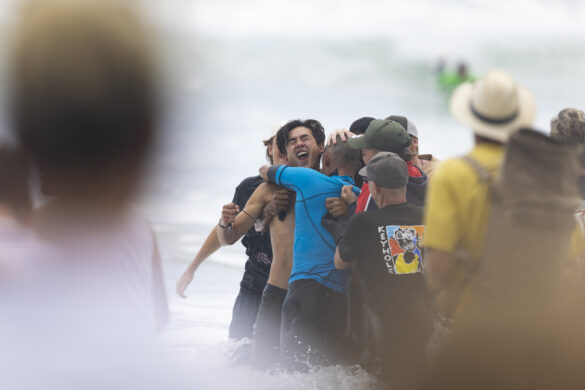 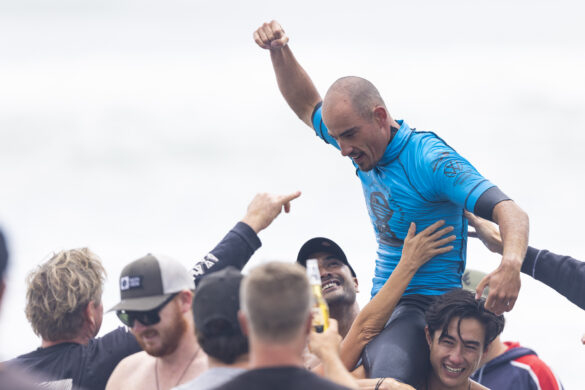 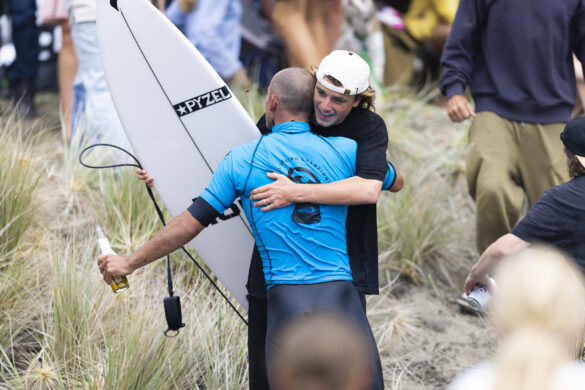 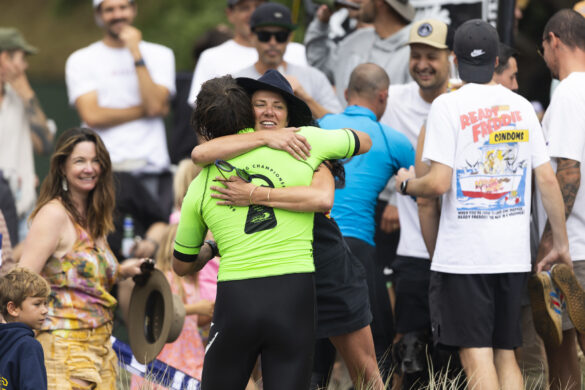 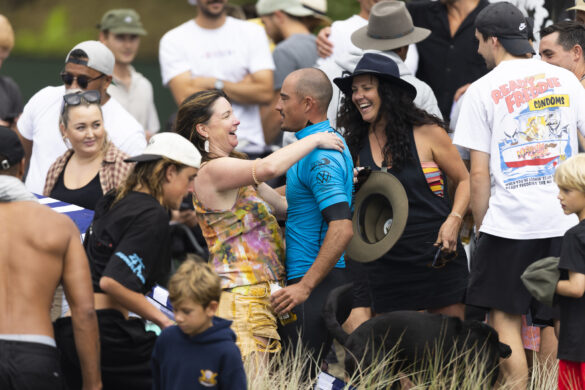 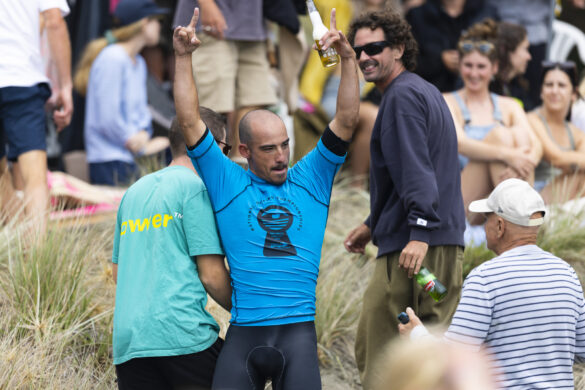 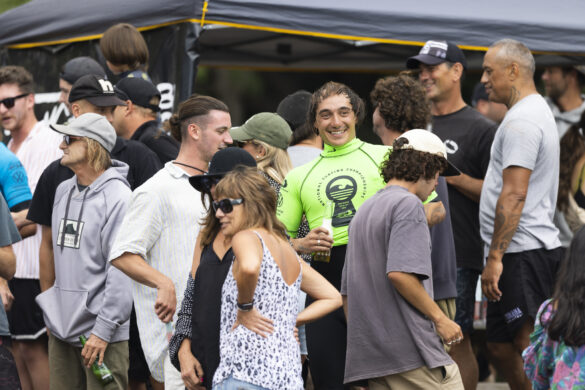 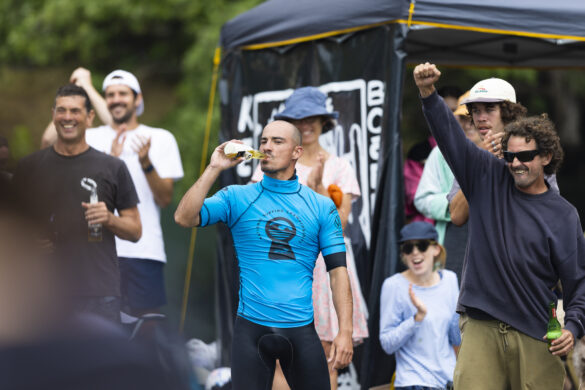 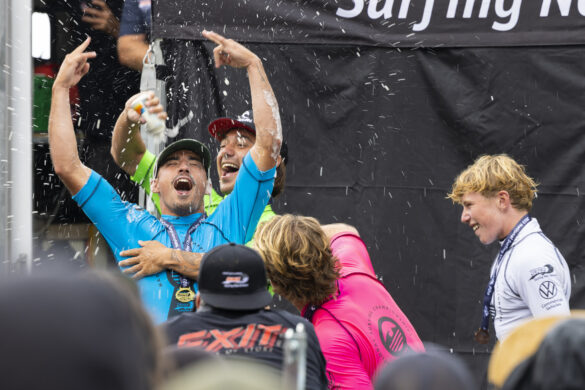 These Waters, Part One: A Film By Jono...