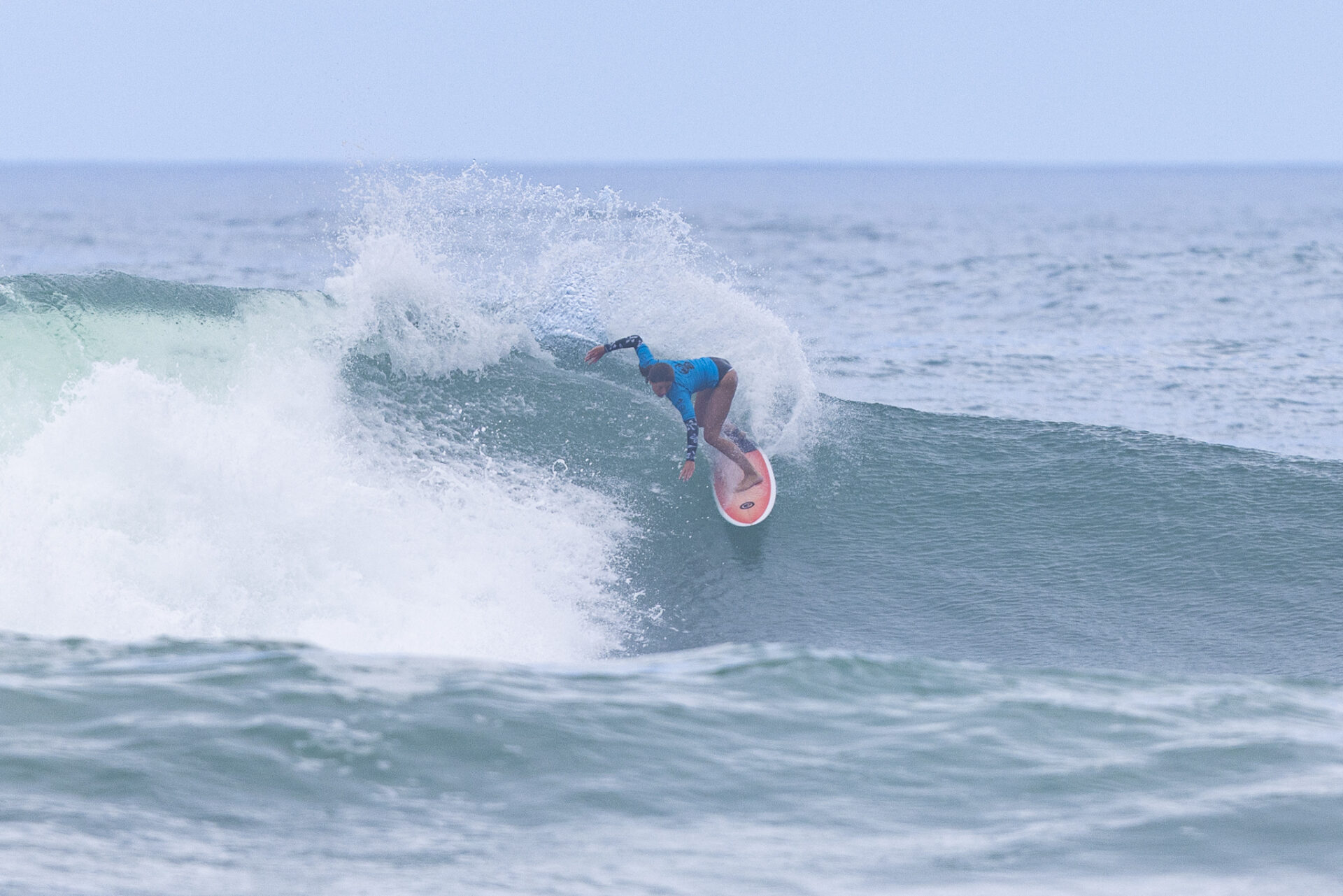 It was a fairy tale ending for Pia Rogers who contested two finals today – finishing third to Aussie-based Kiwi Tayla Green in the Under 18 Girls. They met again in the Open Women’s, but this time it was the young Coromandel surfer’s time to shine. She posted a quick 6.85 to equal Natasha Gouldsbury’s opening score and respond to Tayla’s 7.0.

“I felt pretty psyched up after the Under 18s and not doing as well as I wanted,” Pia explains. “I think that pushed me in the Open final.”

Tayla Green and Natasha Gouldsbury never gave up fighting to the end but unable to find the canvas they required to peg back Pia.

“I’m beyond stoked to take it out – I  honestly don’t think it has sunk in yet,” Pia laughed afterward. “I went out there not feeling any pressure knowing it was the Open – I just wanted to catch two waves and do a couple of turns.”

“It was super intense – especially in that last minute when they both needed an eight and that was super possible for them,” she admits. “This win means so incredibly much to me. To do it for my friends and family and all Whanga crew is super cool.”

An awesome effort in the Open Women’s final saw 11-year-old Lola Groube take on the sizey waves. Her journey through the earlier rounds was impressive and in the final she fought hard – accidentally taking a wave without priority and was penalised with an interference. But few can deny the savvy Pauanui surfer has a huge future ahead of her.