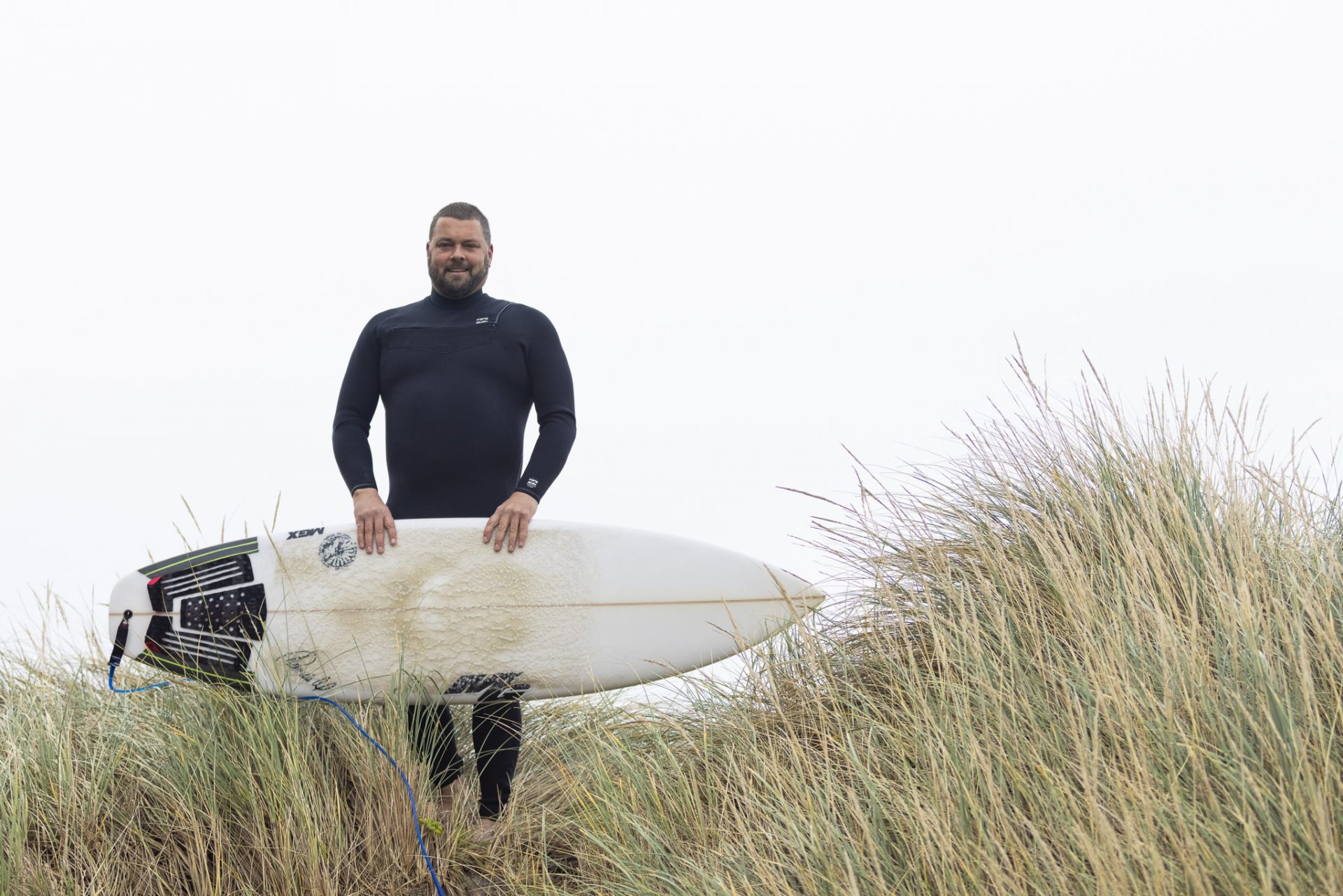 We’ve come to expect a lot from a top of the line winter wetsuit, but we didn’t expect Billabong’s Furnace Comp 4:3 chest zip steamer to catapult itself this far into the very top echelon of technology leaders.

Billabong has changed. The brand used to be so cool that it didn’t really matter if its wetsuits worked or not. They still flew off the shelves. But those days are over. The market is splintered and it has grown up. Function and technical excellence is no longer optional and it seems Billabong has been listening with its all new Furnace Comp 4:3 chest zip steamer.

We ordered our XL 4:3 Furnace Comp directly from the website, which is based in Australia, but the pricing is the same: $549.99 in both currencies. You can find them in surf shops here for the same price. Delivery was fast once stock landed (ours was pre-order) and the package arrives without excessive plastic or packaging. Nice.

The build quality is immediately noticeable with clean lines and seams and a chest zip that closes to the right. The drawstring tab is among the best we’ve seen with only a small loop of elastic and it really needs minimal cinching to maintain its water tightness. It then tucks under the chest zip flap to completely hide it from view. Very smart design and we never once got flushed through the opening – a common issue with other leading brand’s chest-zip suits. It uses Billabong’s Comp II chest zip entry, which we reckon is superb and robust. The neck has a soft rubber closing on it and this felt tight at first and it did ringbark rash my thick neck initially. I used a little Sweetcheeks Butt Butter to prevent the rash after that. Having said that the seal is still tight after four months use so a small price to pay for water tightness.

The only issue we did have was after about 30 surfs in the suit the chest zip carriage’s pull tag broke off. It seems to have simply released with only minor corrosion on the metal parts. Luckily, the carriage itself can still be used to close the zip and hasn’t reduced the usage at all – rather an annoying blemish in an otherwise very good zip design.

*The team at Billabong have advised us that the zip issue has now been resolved on its latest suits.

Being a comp suit it is super lightweight and uses the most flexible layering possible, which includes, remarkably, 100% recycled materials in its Airlite Recycler stretch jersey outer. The neoprene foam is called Smart Foam, which is made from car tyres and neoprene scraps with the intention to boost thermal retention and enable a lightweight stretch feel. The suit uses welded, glued (water-based adhesive) and blind-stitched seams with stretch tape applied to high wear areas.

But the real magic of this suit is in its use of the Nobel-prize winning material graphene. It’s a purple-coloured fibre that lines most of the inside around the torso and well, it’s really quite incredible stuff that has taken more than 10 years to find its way into wetsuits.

On October 5, 2010, physicists Andre Geim and Konstantin Novoselov, both of the University of Manchester, United Kingdom, were awarded the Nobel Prize “for groundbreaking experiments regarding the two-dimensional material graphene”.

According to the Royal Swedish Academy of Sciences, graphene is the perfect atomic lattice.

“A thin flake of ordinary carbon, just one atom thick, lies behind this year’s Nobel Prize in Physics,” the academy’s press release reported. “Graphene is a form of carbon. As a material it is completely new – not only the thinnest ever but also the strongest. As a conductor of electricity it performs as well as copper. As a conductor of heat it outperforms all other known materials. It is almost completely transparent, yet so dense that not even helium, the smallest gas atom, can pass through it. Carbon, the basis of all known life on earth, has surprised us once again.”

Graphene has made it possible for physicists to study a new class of two-dimensional materials with unique properties. Graphene makes experiments possible that give new twists to the phenomena in quantum physics, the report stated.

The practical uses included the creation of new materials and the manufacture of innovative electronics, such as transparent touch screens, light panels, and solar cells. When mixed into plastics, graphene can turn them into conductors of electricity while making them more heat resistant and mechanically robust, suiting applications that include new materials in satellite, plane and car manufacturing.

More importantly for surfers – graphene could be utilised in new super strong materials, which are also thin, elastic and lightweight. And that is where the Furnace Comp owes its pedigree. But does it actually work in the water?

We tested our Furnace Comp 4:3 in Otago waves from the end of March through until, well the middle of winter – a temperature range from 14-10°C. No booties and no hood, apart from on a few 20 knot southerly, 4°C air temperature sessions. But mostly, just the wetsuit. That was not what we expected. Especially after four months of regular use.

There is a notable warming effect from the thermal graphene lining and it isn’t just a friction reaction. It actually retains warmth – even in a persistent cool breeze. I have actually been mocked for not wearing a hood or booties in the past few months. But I haven’t needed it – a 5:4:3 I bought for the depths of winter hasn’t even left its hanger.

Fitment wise the suit is very easy to get into and it’s so flexible that it slips on with ease. It has a feeling similar to that of O’Neill’s Technobutter TB3 material, which is outstanding. The sealed arm cuffs are not matched with sealed ankle cuffs – presumably for better draining. This was an area of concern for me – on a couple of feet first lip pitchings (my specialty) I actually got flushed from the ankles up. The lower leg segments almost seemed to be too loose on me. They’d often fold over as well and hold water (and pee) instead of draining. Apart from that the fitment deserves the comp suit moniker – it feels like a 3:2 to paddle and surf in.

Where some suits don’t really cater for broad shoulders, the Billabong design and shape is more generous and will suit those who find suits from other brands too narrow here. After four months of use the suit is still water tight and free of the types of leaks that are plaguing several of the leading manufacturers right now.

Drying time was never an issue on the thermal lining (unlike other leading brands that retain water in their thermal linings) and it would hang dry in a day in winter, or within a few hours inside.

Overall, the Furnace Comp 4:3 steamer is a standout from Billabong and easily the best suit we have tried from the brand. It goes beyond that to rival some of the leaders in the field and at a fraction of the cost … and it outperforms most of them. At $549.99 we reckon it’s bang for buck – not quite at the C-Skins Rewired level, but certainly edging ahead of its main rivals in terms of technology and its ability to maintain its performance beyond the two to three-month window where others begin to fail. It has impressed us and changed the way we see Billabong’s commitment to tech and the betterment of the surf experience. Add in its commitment to using recycled materials and we feel this brand is well on track. 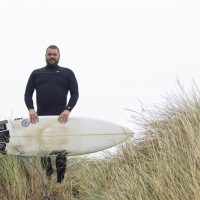 Billabong's Furnace Comp 4:3 chest zip steamer has changed the way we look at the brand's wetsuit lineup. Billabong has listened to the market and delivered a suit that utilises the best technology available in wetsuit production to create one of the warmest and most flexible wetsuits they've ever made. The use of the Nobel-prize winning graphene material underpins the warmth in the Furnace Comp's thermal lining. The graphene material allows the suit to retain heat for longer and doesn't inhibit the suit's drying properties, or add weight. A broken zipper tag and lack of ankle cuff seals mean this suit compromised on its build score, but everywhere else this wetsuit's build quality is outstanding. To be fully watertight after four months of use in 14 to 10°C water temperatures is testament to that – especially when so many of its competitors are plagued with leaky crotch seams this year. The Furnace Comp should definitely be on your list if you want freedom in flexibility and the kind of warmth that few manufacturers have managed to achieve in a 4:3 suit. Keep that tech flowing Billabong, we like where it's headed.