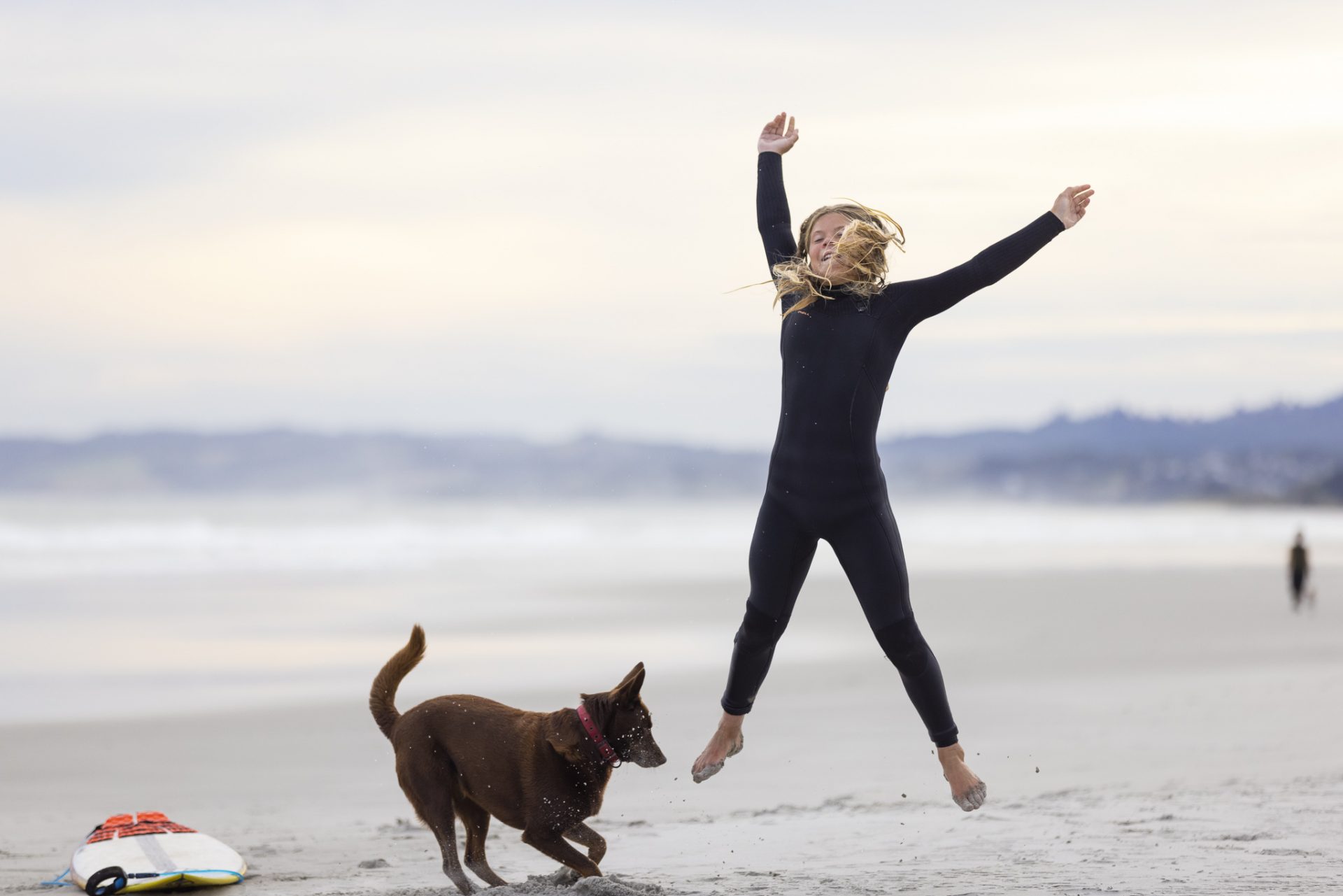 When it comes to wetsuits, women and children usually draw the short straw: below-tier taping, average linings and warmth, comfort … seemingly not so important. O’Neill’s women’s Hyperfreak 4:3+ Chest Zip turns that on its head.

The 2019 O’Neill Hyperfreak designed for women really changes the game. It takes O’Neill’s proprietary super light pre-stretched TB3-X neoprene and fuses it with its ultra-flexi, hydrophobic TB3 Technobutter neoprene to make a suit that is lightweight, flexible and repels water.

The technology has flowed directly in from its men’s Hyperfreak Comp suits, which we’ve previously tested (here’s our men’s Hyperfreak Comp review). The issue we had with the comp suits was their durability. After almost a season we stepped straight through the lightweight material on one of ours and the zip-free neck closure stretched beyond its workable range.

The neoprene sandwich we find in the 2019 O’Neill Hyperfreak aims to resolve this, coupled with a few more seams to ensure fitment is snug in all areas. Every seam is taped with flexible TB3-X-inspired tape.

The lamination is completed with a solvent-free glue. It’s clear to see O’Neill has done its homework here – apart from one taped seam behind the knee, the lamination has lasted well throughout our test period.

The wetsuit does come with a warning – the TB3-X material is delicate and can change appearance throughout its life as it rubs and scuffs in high-wear areas. Velcro is particularly harmful. Our test suit certainly copped a bit of abuse from it over the year.

To test the wetsuit we employed the services of Rewa Morrison – a frothing Dunedin surfer like every other and with a pretty lax approach to wetsuit rinsing and care – kind of like the ideal test pilot for New Zealand conditions. She tested a size 6 women’s suit, which fitted her perfectly and was comfortable from the start right through to the end. We paid $449 for the suit, the new 2020 equivalent is slightly more expensive at $469.

We estimate Rewa has managed to put about 500 sessions into her test suit throughout a 12-month period. That’s more than 1000 hours.

One surprising omission from the suit are any seals on the arms and legs. These are great to minimise flushing when surfing, but without them Rewa experienced the occasional rush of cold water – nothing too severe – the water couldn’t travel far, but the occasional surprise nonetheless. In contrast the chest zip with cinch shoulder cord (lightly fastened) proved to be an incredible seal and didn’t once chew into her neck as so many wetsuits tend to do to their owners. The fitment in that regard was outstanding. She never once got flushed – not even in the depths of winter while using a separate hood that tucked into the neck. The neck eventually lost its shape towards the end of our test period.

In the first winter, the Hyperfreak shone for its warmth, but also its flexibility. With our water temperature ranging from 9°C to 16°C throughout the test period, Rewa was often able to surf longer than others when the waves were good. She did add in a hood and booties in the very depths of our Southern winter.

By spring we were quite surprised to see that the suit hadn’t “lost its magic” as so many suits tend to. The seams were all intact and the material was still looking like the day we bought it, with just slight fading from the elements (and from being dried in sunny positions). One thing that stood out was the weight of the suit and how quickly it dried compared with other suits in the same test cycle. The super stretch TB3 has a hydrophobic property and actually repels water from entering – quite different to most other neoprene types, which eventually absorb water into the cells.

While we anticipated a slow-decline in line with most of the other suits we tested, the women’s Hyperfreak held up in terms of warmth and comfort. It is surprisingly durable for a suit that really is quite a star in the performance stakes. The first breaches came when Rewa blew holes in both elbows. These started to thin in the last three months and eventually wore the neoprene out completely. That was soon followed by tape on a seam at the back of her knee falling off, then holes started to appear near her ankles – due we believe to putting the suit on and off and accelerated on the leg where her leash attaches. This may have been due to velcro from the legrope or just it rubbing constantly there.

The breaches in the neoprene itself led to water flowing more freely into the suit and, after a summer where she could get away with putting up with it, the first southerly blasts of cold water put an end to the suit for good.

In summary, this suit has had a thrashing at the hands of our tester and it has outperformed other suits in the process by 2 to 1 at least. We reckon O’Neill has nailed it for women who want comfort and warmth in a high-end wetsuit that is not overly expensive. Even at the 2020 price of $469, the quality, design and fitment is bang on. Consider also the fact that there wouldn’t be many surfers who could clock up 500 surfs in a year and you start to get a story of real value.

For a New Zealand climate, we reckon this suit is one of the best women’s wetsuits we’ve ever tested. O’Neill, take a bow. 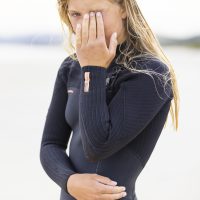 O'Neill has bucked the trend here – delivering a high-performance wetsuit that is designed specifically for women and at a great price. Drawing on its catalogue of super stretchy neoprene including TB3-X and TB3, the Hyperfreak combines a flexible suit, which feels far from 4:3 in thickness, with a warm and durable build quality. With more than 500 surfs in this suit, our tester reported not one single rash – even on sessions that she stayed in it for more than five hours at a time. The suit held its qualities right through a rigorous 12-month test window until we experienced a rapid decline in the last few months. O'Neill has delivered a women's wetsuit that is outstanding here in performance and warmth – superior even than many men's wetsuits on the market. We just wish they were easier to get hold of here in New Zealand.