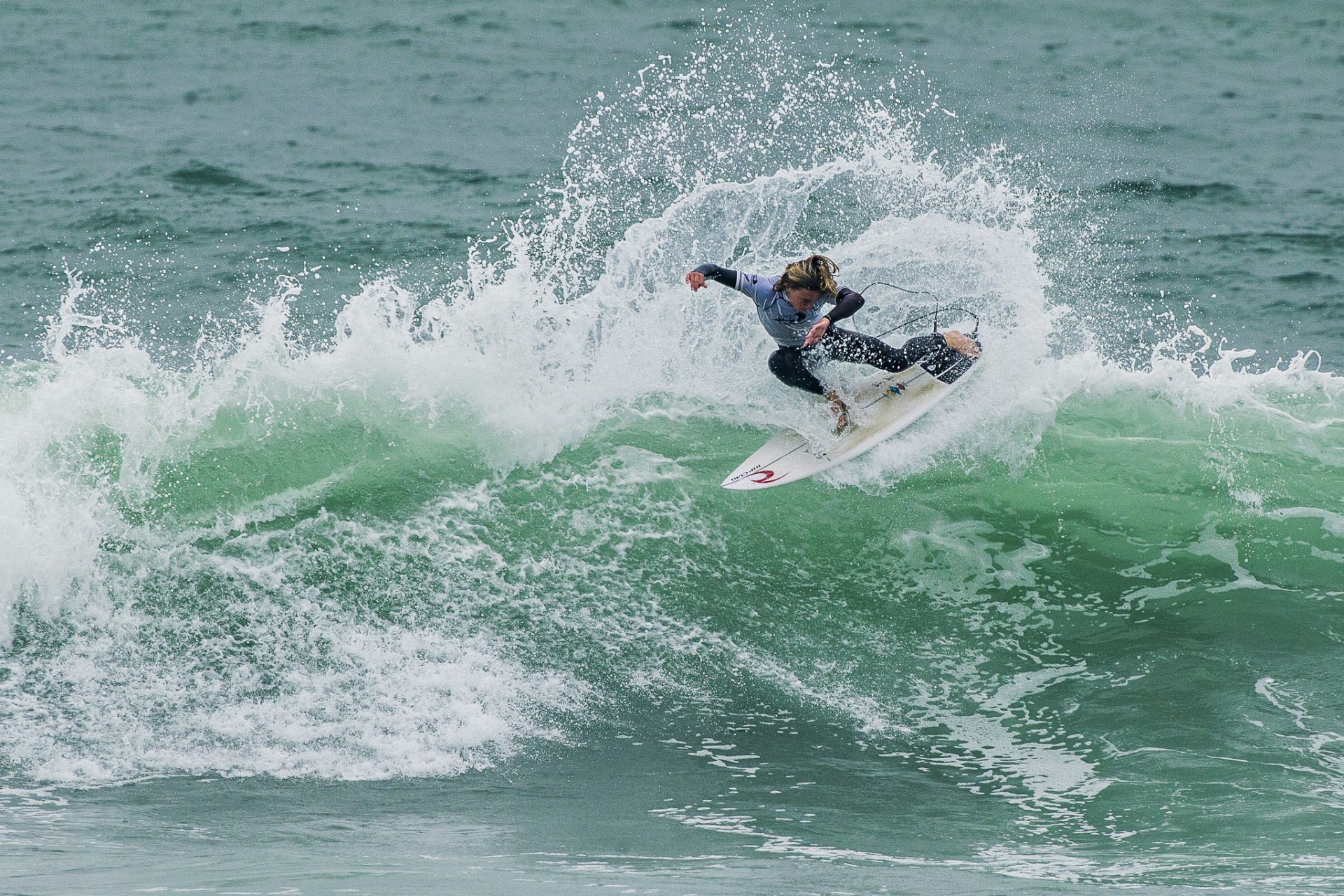 Waikato surfers dominate at the 2019 National Scholastic Surfing Championships claiming the team title, winning two of the seven titles on offer and boasting six surfers in the finals. The five-day event wrapped up yesterday in a 1.5m swell at Manu Bay, Raglan.

Finals day saw the biggest surf of the week with a 1.5m swell wrapping around the points with light onshore winds. The previous days’ competition had been on the cusp of contestable with the small swell on offer.

Waikato took the points lead early on the final day after a battle with Taranaki and Auckland who finished in second and third respectively. Waikato eventually surged ahead with close to a 1000-point lead. The points difference between second through sixth was just 300 points, the equivalent of one placing in any of the finals.

Taranaki and Canterbury also claimed two titles apiece and the regions both shared the coveted Under 18 Division titles which went to Tom Butland (Tara) and Estella Hungerford (Chch).

Butland surfed up a division at the event allowing his team to have a more even spread of athletes and the tactical decision paid off for Taranaki.

“I’m pretty stoked,” Butland offered afterward. “I wasn’t expecting to make the Under 18 Boys Final – everyone is so good in this division.”

Butland was trailing for much of the heat, but posted an 8.15-point ride taking off 15 seconds before the hooter. His score didn’t come through until after the heat had finished. When it dropped it flipped the final on its head.

“I asked Luke Griffin how much time there was left and asked Caleb what score I needed,” recalls Butland. “I didn’t really know how long was left so I just gave it my all. I had really weak legs when I took off on that last wave. I was really nervous, but I was pretty happy to clutch up and win.”

Estella Hungerford put on a commanding performance in the Under 18 Girls Division Final finishing with a 16.0-point heat total, well out of reach for her opponents.

“I’m pretty stoked, I still can’t really believe it,” Hungerford said after the final. “I didn’t have much confidence going into this national event, but the win is awesome and it will help me out going into the World Junior Championships at the end of the month, too. I’m looking forward to it now.”

Her big heat total came by way of some aggressive surfing in the big waves early in the heat.

“I hadn’t caught a wave then, so I was a bit stressed, but I managed to land that big turn so I was stoked,” she added. “I still can’t really believe it – it’s crazy. I didn’t really know I could surf like that in a comp.”

Hungerford’s opponents had to battle for the minor placings with Kai Woolf (Rag) claiming the runner up position ahead of Georgia Wederell (Mnt) in third and Gabrielle Paul (Auck) in fourth.

Kora Cooper (Rag) and Natasha Gouldsbury (Tara) claimed the Under 16 Division titles, Cooper having a good battle with Tom Robinson (Whngrei) who placed second. Gouldsbury fought hard against Brie Bennett (Rag), holding down a slender lead for much of the final.

In the youngest divisions, Navryn Malone used his knowledge of Manu Bay to edge past Ryder Pennington (Tara) for the win in Under 14 Boys Division final, while Ava Henderson (Chch) ran away with the Under 14 Girls Division title.

Auckland took two finalists into the longboard final and walked away with a first and a third, Ben Counsell getting the nod over Billy Whelan (Nrthlnd), Natt Fitt finishing in third and Sonny Eades (Mnt) finishing in fourth place.

The Adam Clegg Breakthrough Performance of the Event Award went to Ava Henderson (Chch) and Kalani Louis (Tara). Henderson was dominant throughout the week and took it all the way to the final with her first National Scholastic title. Louis also advanced through to the final of the Under 14 Boys Division and placed third behind Navryn Malone (Rag) and Ryder Pennington (Tara).