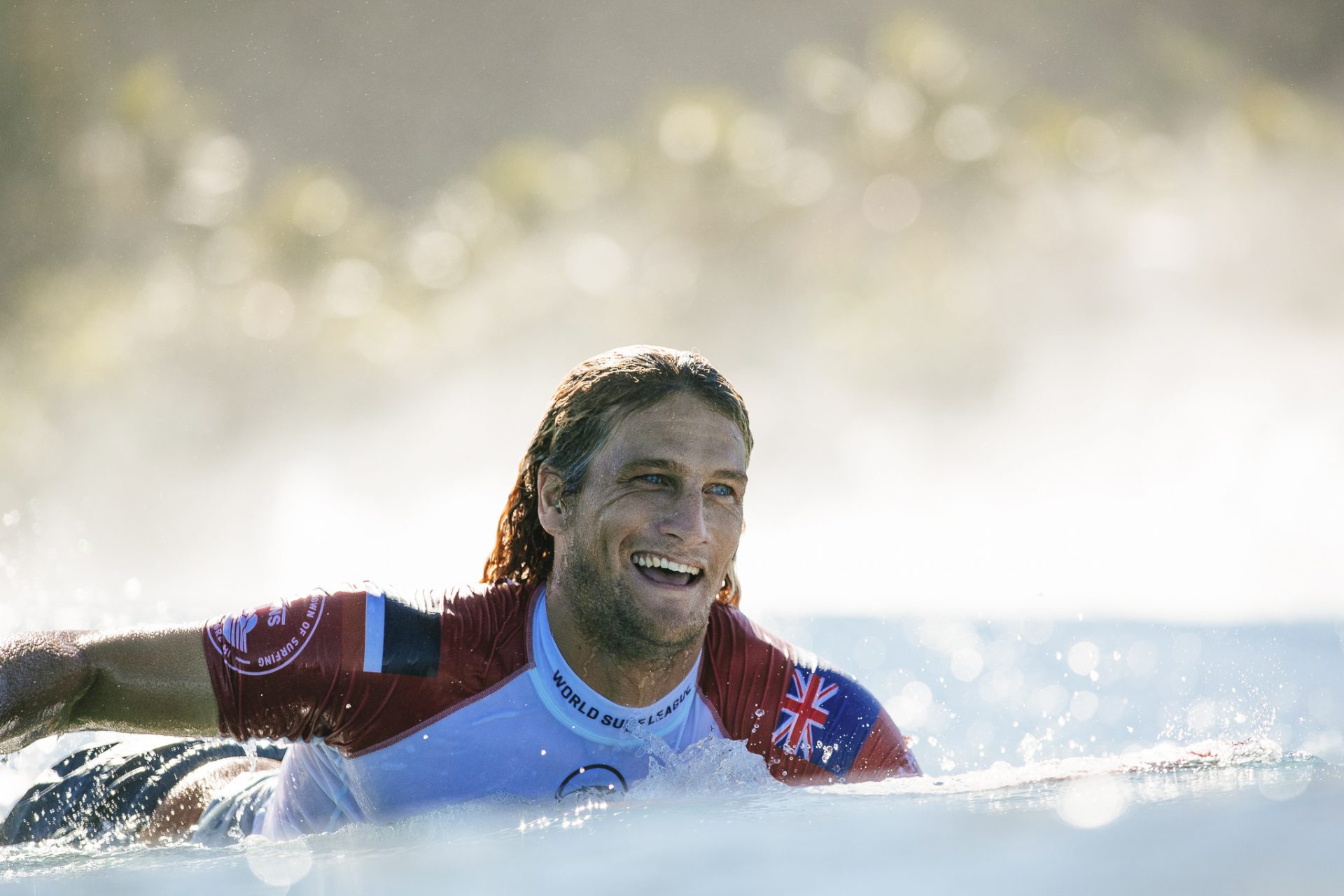 Mahia surfer Ricardo Christie has saved his best for last in the 2019 World Surf League Championship Tour, despatching World Title hopeful, Felipe Toledo in the Round of 32 at the Billabong Pipe Masters in Memory of Andy Irons.

It was a thrilling Round of 32 at Pipeline, Hawaii, that also saw World No. 3 Jordy Smith, of South Africa, fall out of the running after a heartbreaking defeat at the hands of 2018 Vans Triple Crown Champion Jesse Mendes, of Brazil.

World No. 1 and 2 Italo Ferreira and Gabriel Medina, both of Brazil, advanced to tighten their World Title race.

After a win at the Oi Rio Pro and two runner-up finishes (Rip Curl Pro Bells Beach and Freshwater Pro) this season, Toledo was in title contention for the second consecutive year and came into the Billabong Pipe Masters in the No. 4 position. Meanwhile, Christie was simply out to get some of the best waves of his life since he was out of requalification contention for 2020.

“I wasn’t really thinking about that, to be honest (playing World Title spoiler),” admitted Christie. “I just wanted to get some good waves. I had Filipe yesterday and he got me then and I got cut so I just wanted to redeem myself and get a good wave. I got a pretty sick one I’m stoked on.”

“I just wanted to get some good waves. I had Filipe yesterday and he got me then and I got cut so I just wanted to redeem myself and get a good wave. I got a pretty sick one I’m stoked on.”

Despite the early exit, Smith has had an incredibly consistent season with only four losses before the Quarterfinals. This was also Smith’s fifth time falling short in the World Title race (2nd in 2010, 4th in 2013, 2nd in 2016, 4th in 2017, 3rd in 2019). The 31-year-old will now look ahead to 2020, where he will once again battle for a maiden World Title and also represent South Africa after his provisional qualification for the Olympic Games Tokyo 2020.

“It’s a hard one to swallow at the end of a big year,” continued Smith. “You wake up in the morning and you just kind of give it your all. The last three weeks have been pretty tough. But you just fight every day for what it is and come back stronger and that’s it. Just try and make yourself proud I guess.”

“That’s the best wave I’ve had out here in a few years I think at Backdoor,” offers Slater. “I kept trying to doggy door the thing and I couldn’t and I was like, ‘No, it’s not going to let me out, it’s not going to let me out!’ It reminded me of one I had in the first Backdoor Shootout where I just kept going and going and kept bouncing open for me and I just snuck out the end. I didn’t take the line I wanted because I was trying to come out earlier, but I just had to keep going and hope the whitewater didn’t get me before I got out.”

Pipe marks Florence’s return to competition in 2019 after a critical knee injury sidelined him for five out of eleven CT events. A bumpy start saw him relegated to the Elimination Round, but in the Round of 32, Florence looked in-form with the same brilliant performances.

Florence came up against local rival Ezekiel Lau and started the non-priority, overlapping heat with an 8.00 for a completed Backdoor barrel, which eventually became a throw-away score. After 25 minutes, the Hawaii Heat 11 gained priority over Heat 12 in the lineup and Florence waited patiently. His strategy paid off when a classic Pipeline peak appeared on the horizon; Florence was in position. He dropped in grabbing his rail and set his line with expertise, then drove through multiple sections to eventually come out clean into the channel, his knee brace visible as he claimed the best wave he’s had since his return — a near-perfect 9.70. The excitement was palpable as beach fans erupted in cheers; all of Pipeline seemed to celebrate the hometown hero’s return. Florence went on to find another backhand barrel, slightly smaller but equally impressive and earned an 8.80 from judges to garner the highest heat total of the event. Florence doesn’t claim many waves, but as he styled his way into the channel, it was clear he celebrated a successful rehabilitation and the return to his favorite wave.

“Kelly and Gabe got me fired up and the waves are absolutely pumping right now – just so clean and perfect out there,” smiled Florence. “I feel like I’m just warming up and getting back into things, I’m so excited to be getting barreled again!”

Being a two-time World Champion, Florence is no stranger to the pressure the World Title contenders are feeling. When asked about a third World Title for Medina, Florence appeared even more charged: “It will motivate me a ton. It will make me a little pissed off because he’ll have one better than me. It’ll just fire me up more for next year.” 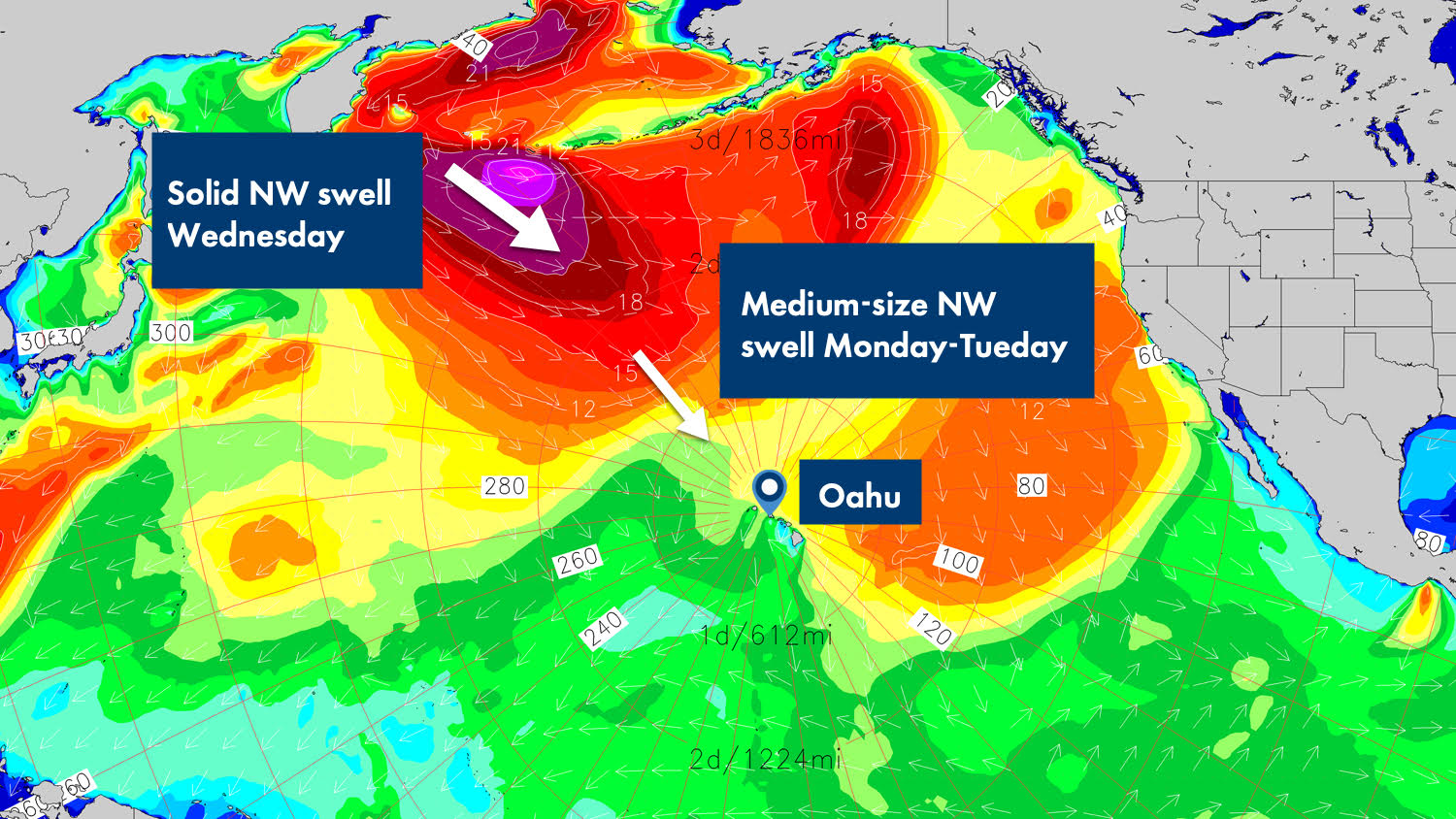 Pipe has been in a holding pattern since the Round of 32 was completed last week. Only one more day of waves remains to reach completion with a large north west swell looming for tomorrow.

“The buoy that is about 10 hours away jumped at 5:00 a.m. HST this morning so we are looking at a fantastic day tomorrow, Tuesday, the 17th, to be the final day of the Billabong Pipe Masters. What we should see tomorrow is classic Pipeline, six-to-eight-foot really west swell and strong trades. It should be, I think, what we’ve all been waiting for.”

“The waves are still very small this morning,” explains Pat O’Connell, WSL SVP of Tours and Competition. “But, we have very positive news. The buoy that is about 10 hours away jumped at 5:00 a.m. HST this morning so we are looking at a fantastic day tomorrow, Tuesday, the 17th, to be the final day of the Billabong Pipe Masters. What we should see tomorrow is classic Pipeline, six-to-eight-foot really west swell and strong trades. It should be, I think, what we’ve all been waiting for.”

Billabong Pipe Masters Round of 16 Matchups