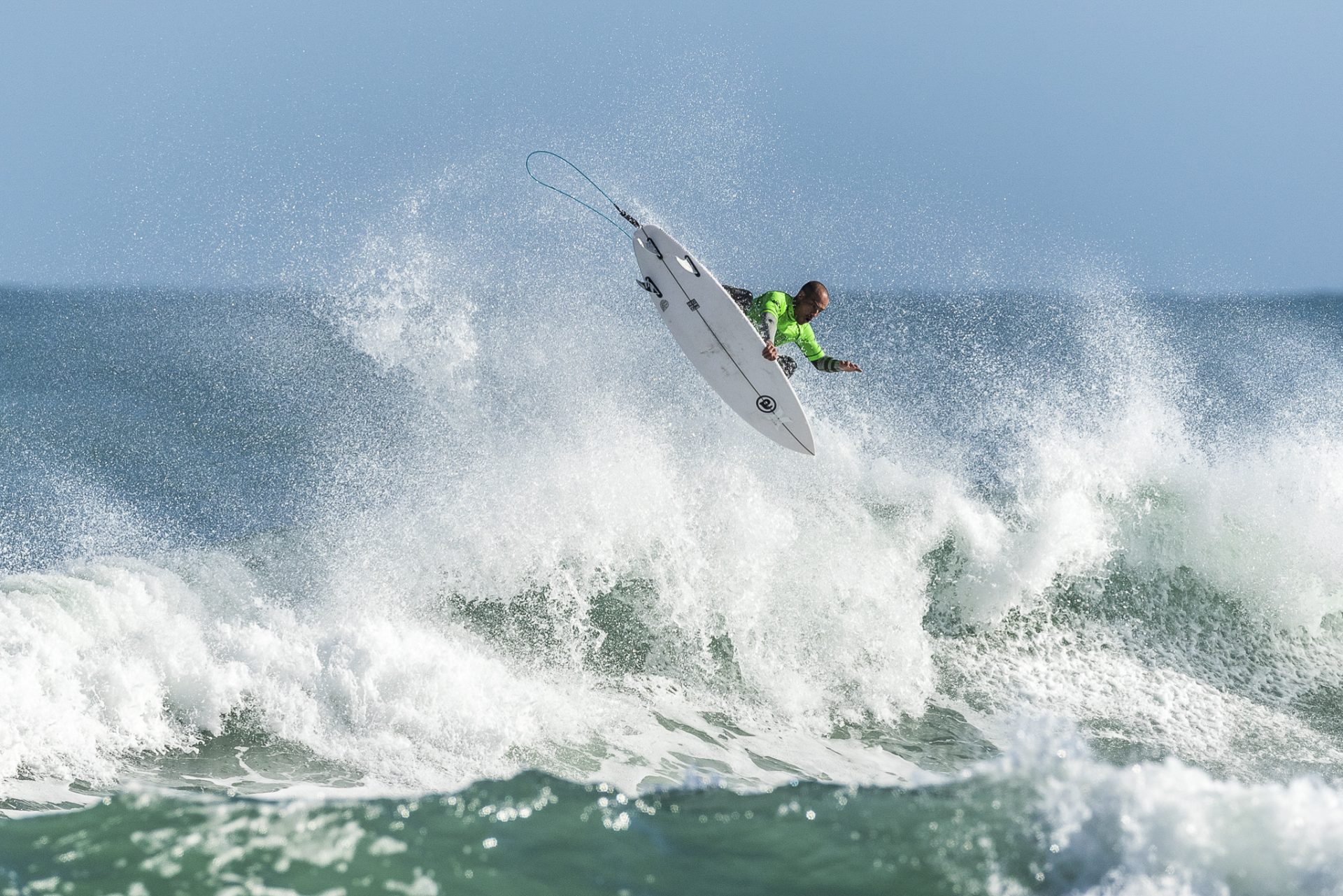 Taylor Hutchison, of Raglan, and Ava Henderson, of Christchurch, had sewn up the the overall New Zealand Surf Series prior to the final event after dominant season-long performances. The final Super 16 event at Piha saw a maiden victory for local surfer Dune Kennings, in front of a vociferous local crowd, with Ella Williams, of Whangamata, taking her first win of the year before her focus switches to the Olympics in Tokyo.

Held in solid 1.5m plus waves at the south end of Piha Beach, the finals action was fierce in both the Men’s and Women’s Divisions with Kennings finishing on 15.36 points and Williams on 14.43.

“This win has been a long time coming,” offered Dune Kennings after the final.

“I have come back from a serious knee injury in recent years, but over the last 12 months I have been surfing heaps and putting in a lot of effort, but also enjoying my surfing at the same time. Today it all came together for me,” he added.

“I won every heat today and was feeling the energy coming to me all the time, it is funny how you get in that rhythm sometimes, plus I was in front on my boys from Keyhole Boardriders all day and I was feeding off their energy and it all played out,” Kennings said.

He started the final with a 7.33 on his first wave and his second scored even better at 8.03 out of a possible 10 points pushing him into the lead from the outset – a lead he would not relinquish.

Despite Kennings’ early advantage, both Sean Peggs (Tairua) and Levi Stewart (Waihi Bch) had good single waves, keeping them within firing range of Kennings. However, they were unable to find that second scoring ride with Peggs edging past Stewart on his last wave for a runner-up finish, Stewart finishing in third and the youngest of the finalists Tom Robinson (Whngrei) finishing in fourth place overall.

Ella Williams pushed hard in the final making the most of the good waves on offer to take out a win over her younger counterparts, her three opponents today all coming from the junior ranks having competed the day prior in the age group categories.

“It was great today, the waves were good and they allowed us to show what we can do out there,” said Williams.

“There was heaps of paddling going down, as per usual at Piha, you had to keep busy. I didn’t know what scores I had or where I was placed in the final so I had to keep going and hunting down opportunities and it paid off,” she added.

This will be Williams last hit out before she aims to be at the Olympics in July. Between now and then, she has ten weeks of training to be ready for the event using her time wisely to fine tune her routines at home in Whangamata with training.

Today it was Taranaki surfer Natasha Gouldsbury that got the jump on the rest of the young field to finish in second place, going close to Williams with a high score of 6.2 points, but unable to find the 8.24 required to defeat the Olympic-bound surfer.

In the semifinals Ella Williams rode to the Volkswagen x Skinnies Wave of the Day taking off on a big perfect righthander and squaring up for two critical backhand turns. Despite falling on the third turn, the damage had been done with the judges awarding her an 8.67 point ride.

The New Zealand Surf Series commenced at Piha in January with the National Championships before heading to Rip Curl Pro at Raglan, the Emerson’s South Island Champs in Dunedin, Exit Surf Canterbury Champs in Christchurch and the Backdoor Taranaki Pro only two weeks ago. For the first time this year, the Seventh Wave Canterbury Women’s Championships was also part of the national series providing more opportunity for female surfers in New Zealand.