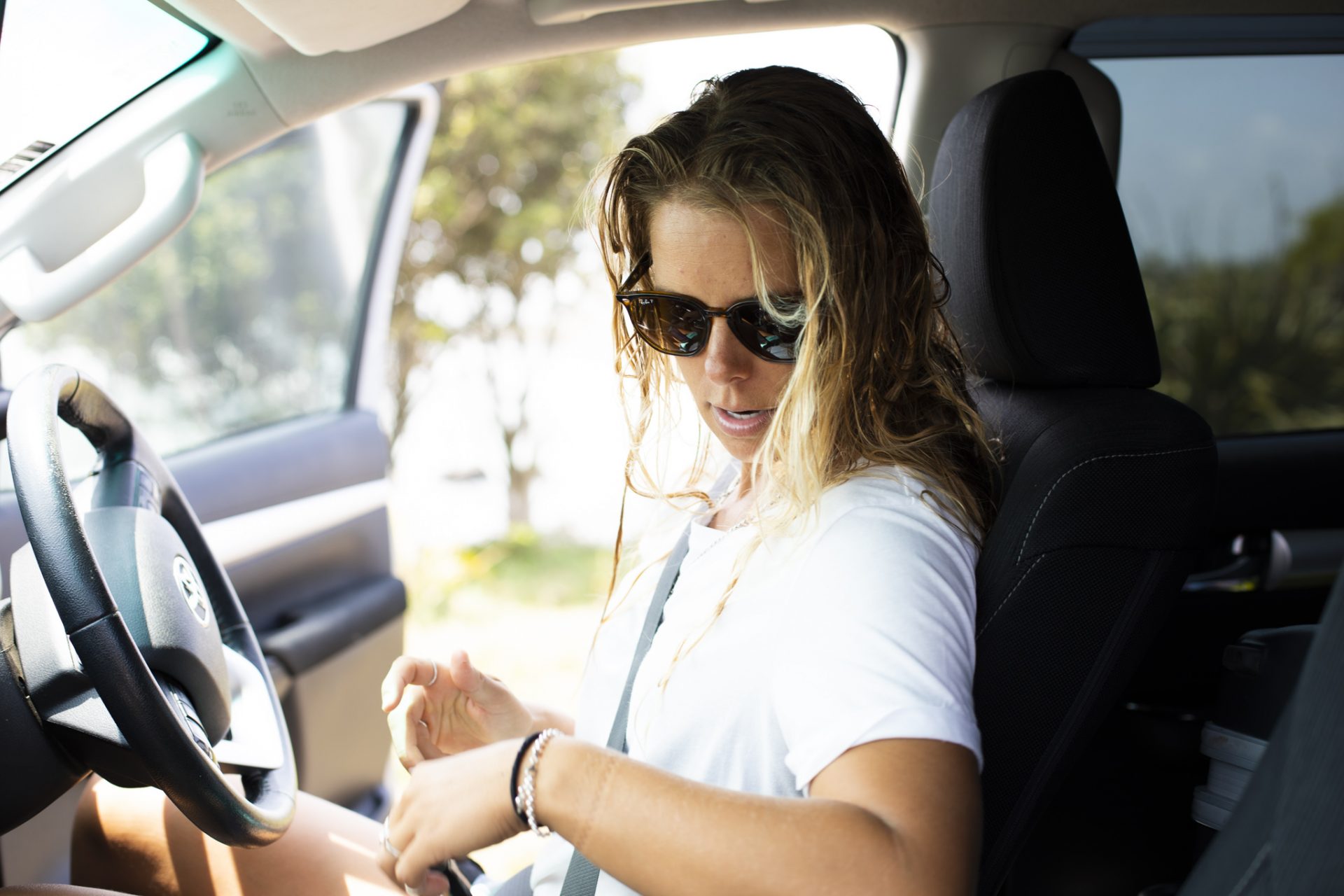 “I went out to celebrate my El Salvadorian birthday last night, but things took a turn for the worst,” she shared on Instagram.

Paige has spent her birthday surfing with Saffi Vette and was later surprised with a birthday cake thanks to Saffi and their international friends.

“I had my cake then passed out,” she explains. “From what the girls told me I was out for two to three minutes. I couldn’t see, couldn’t speak, apparently I had everyone worried including some random girl who came over and tried the heimlich move on me.”

Together with French surf star and friend Pauline Ado, Paige was bundled into a police ute, with Saffi and Eva Woodland hanging on in the ute’s tray as they sped to hospital.

“We all made it safely to hospital for me to be checked – heart check and two IV drips later we were all back to laughing,” Paige adds.

“You scared the shit out of us,” commented Pauline Ado. “So glad you’re okay – we did have some good laughs before and after the drama.”

Paige said she was now okay, but still recovering. She wanted to thank all her friends for looking after her all night along with El Salvador Tourism, medical staff and everyone else who played a role.

Derek MorrisonJune 11, 2021
June 11, 2021
The World Surf League announces the updated calendar for the remainder of the...