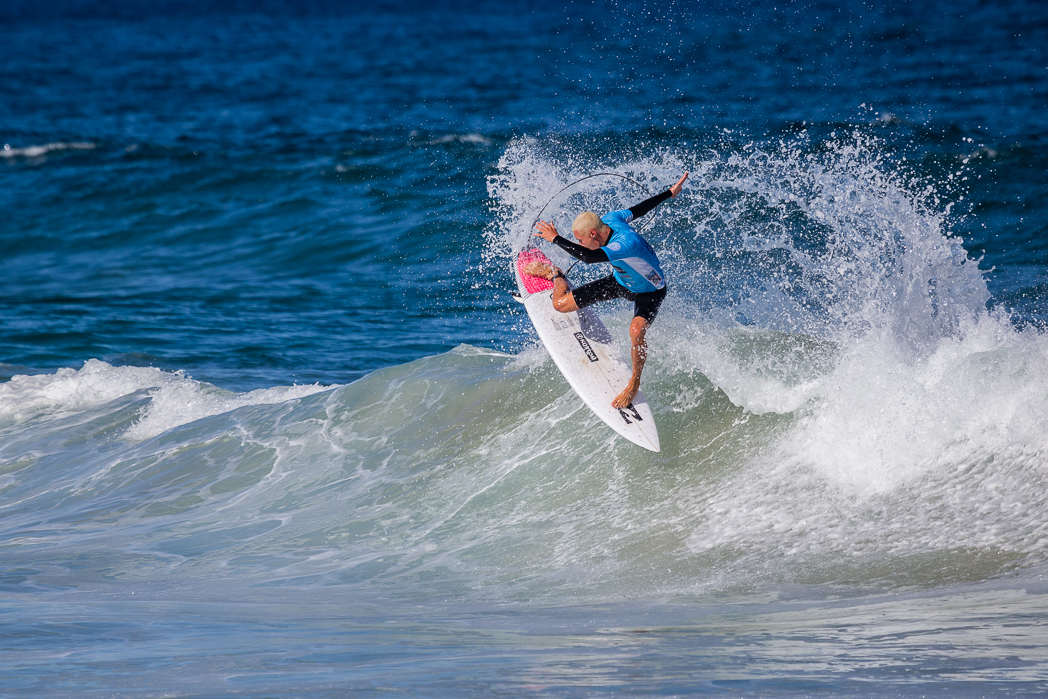 Tane Bowden has finished third at the 2019 Lake Macquarie City Pro Junior held at Red Head Beach and Catherine Hill Bay, NSW, at the weekend. The result boosts him to sixth overall on the Men’s Junior Tour.

Aussie duo Molly Picklum and Caleb Tancred claimed victory over an impressive international field. Competition got underway at Red Head Beach on Sudnay, but was moved to Catherine Hill Bay after a strong southerly front moved through the region in the mid-morning. After the event moved locations, it was completed in clean, 4ft surf.

Tane, who was born in Taupo and started surfing on the Coromandel Coast, was a clear standout of the Men’s on Day 1, posting a near-perfect 9.40 and backed it up with an excellent 8.00-point ride. Tane’s impressive 17.40 heat total was the second highest of the event so far. Young Victorian Xavier Huxtable posted a two-wave total of 17.50, backing up his win at the first JQS event of the season.

In the final Tane was joined by Avoca local Caleb Tancred who seemed destined to end up in the final, posting excellent scores all event. Alister Reginato and Jagger Bartholomew filled out the top four. Caleb threw down a 15.25 two-wave combination with the fellow finalists putting on a great chase, but couldn’t catch a rampaging Caleb who was surfing in his fourth final from five events.

“That was challenging out there today especially with the standard of surfers in the event,” Caleb admitted afterward. “I really enjoyed today and the perfect conditions yesterday at Red Head. I’ll take some confidence from this win as we have a big stretch of events coming up in 2019.”

Hailing from Shelly Beach, Molly Picklum’s win made it a double for the Central Coast as she took down event standouts Alyssa Spencer, Pacha Luque-Light and Nyxie Ryan. Molly and Californian Alyssa jousted for the top spot, but the young Aussie was able to run away with her second JQS victory for 2019.

“I’m very happy to win another Junior Qualifying Series event,” Molly said. “The waves here and at Red Head were excellent and tested all of us, especially today. I’m looking forward to coming back to Newcastle and competing at the QS6,000 later in the month at Merewether.”

Unfortunately, Kiwi Ariana Shewry was knocked out in the first round.