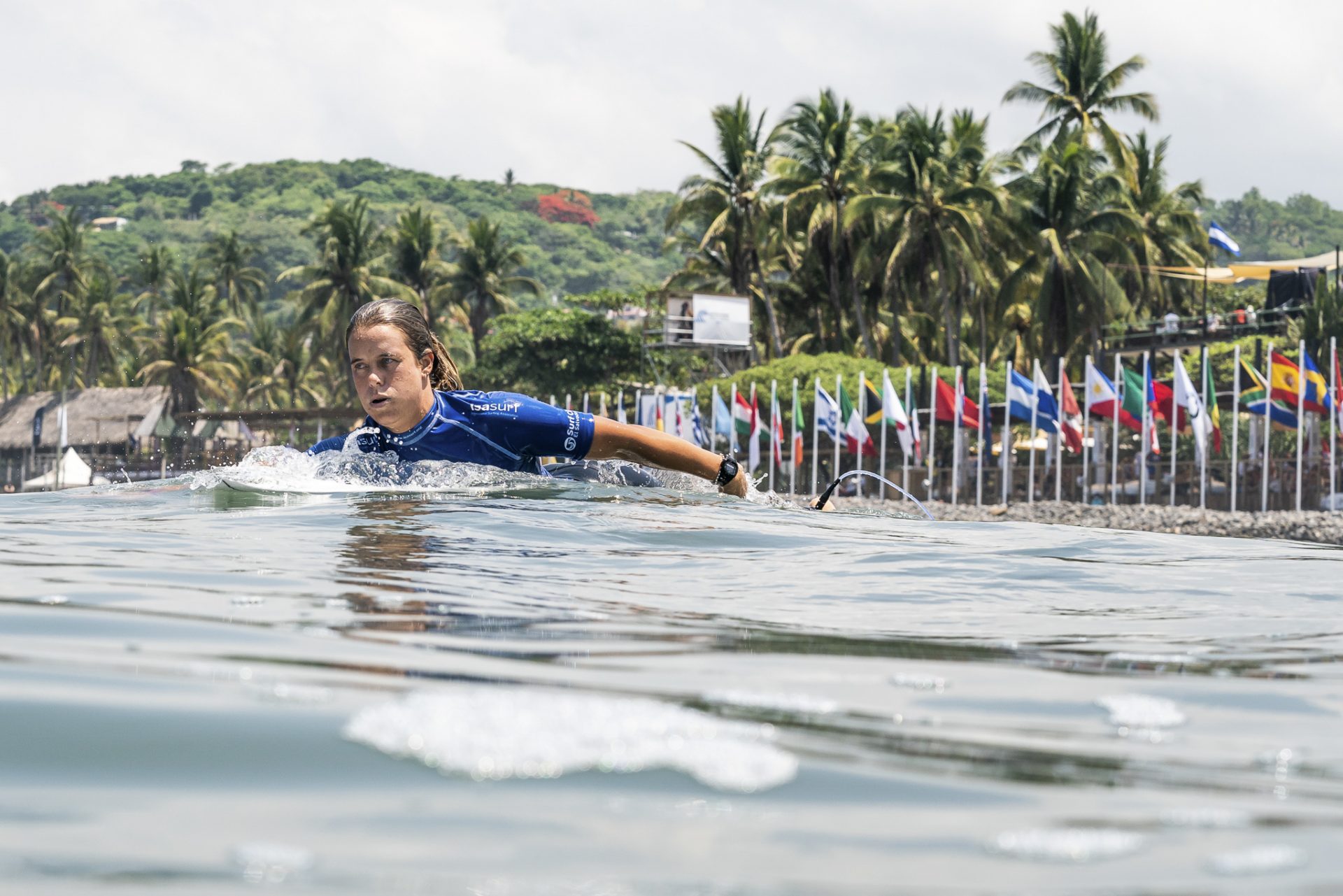 It was an agonising conclusion to the 2021 ISA World Surfing Games for Paige Hareb when the Taranaki star missed Olympic qualification by the narrowest of margins in El Salvador.

New Zealand’s hopes of a third surfer at this year’s Olympics rested on Paige Hareb in the early hours of Sunday morning (June 6). Hareb’s hopes were dashed after two tough heats that saw her eliminated from the event in an exceptional 11th place overall, but still two places short of qualification.

With a myriad of qualification calculations unfolding today, Hareb could have secured her berth at the Olympics by advancing out of a big qualifying round heat early in the morning against Daniella Rosas (PER), Leilani McGonagle (CRC) and Lucia Indurain (ARG).

As the heat unfolded, the 30-year-old Taranaki surfer finished third behind Rosas and McGonagle, left requiring a 6.53 to advance. Hareb held priority in the dying stages of the heat, but the Costa Rican was glued to Hareb defending her advancing position and no decent waves came offering a chance for Hareb to get the score required.

All hopes were not dashed however, with a do-or-die repechage round match-up less than two hours after her first heat. The scenario was simple again: another heat progression to seal her own fate. However, it was not to be with the El Salvador line up at La Bocana proving challenging to master leaving Hareb in fourth place in the heat, this time needing a 5.27 to advance.

In the dying stages of the heat, Hareb had a chance to surf to the score, but could only find room for one turn on the wave as the French surfer charged toward her on the oncoming right. The score came through as a 3.5 which was not enough. Pauline Ado (FRA) and Alyssa Spencer (USA) advanced through the heat with Vahine Fierro (FRA) in third.

As the heat results continued to unfold and qualification scenarios narrowed down, a third-place finish in the heat and a score of 8.37 would have been enough to secure the seventh and final Olympics berth, bumping out Japan’s Amura Tsuzuki.

To make matters worse her exit from Olympic contention occurred on her birthday.

In testament to the strength of her character, Paige joked afterward, “unfortunately I couldn’t have my cake and eat it too.”

“It couldn’t have been any closer within my reach, slipping through my fingers at the very end … and that couldn’t hurt any more,” she admitted. “But that’s sport, I hope I at least made it exciting for you all. I want to thank every single person who has been on this journey with me.”

Surfing is being contested at the Tokyo 2020 Olympics for the first time in July. Twenty males and 20 females will compete at the event with countries fielding a maximum of two athletes in each category. The 2021 ISA World Surfing Games was the final opportunity for athletes to qualify with seven spots up for grabs in the Women’s Division and five in the Men’s Division.

In 2019 Ella Williams was joined by Billy Stairmand as the two Oceania qualifiers, Stairmand finishing eighth at the event to secure his provisional spot. Williams finished 29th equal in the women’s to earn her spot. The highest placed male and female from Oceania secured Olympic spots provided they finished inside the top 30 at the event.