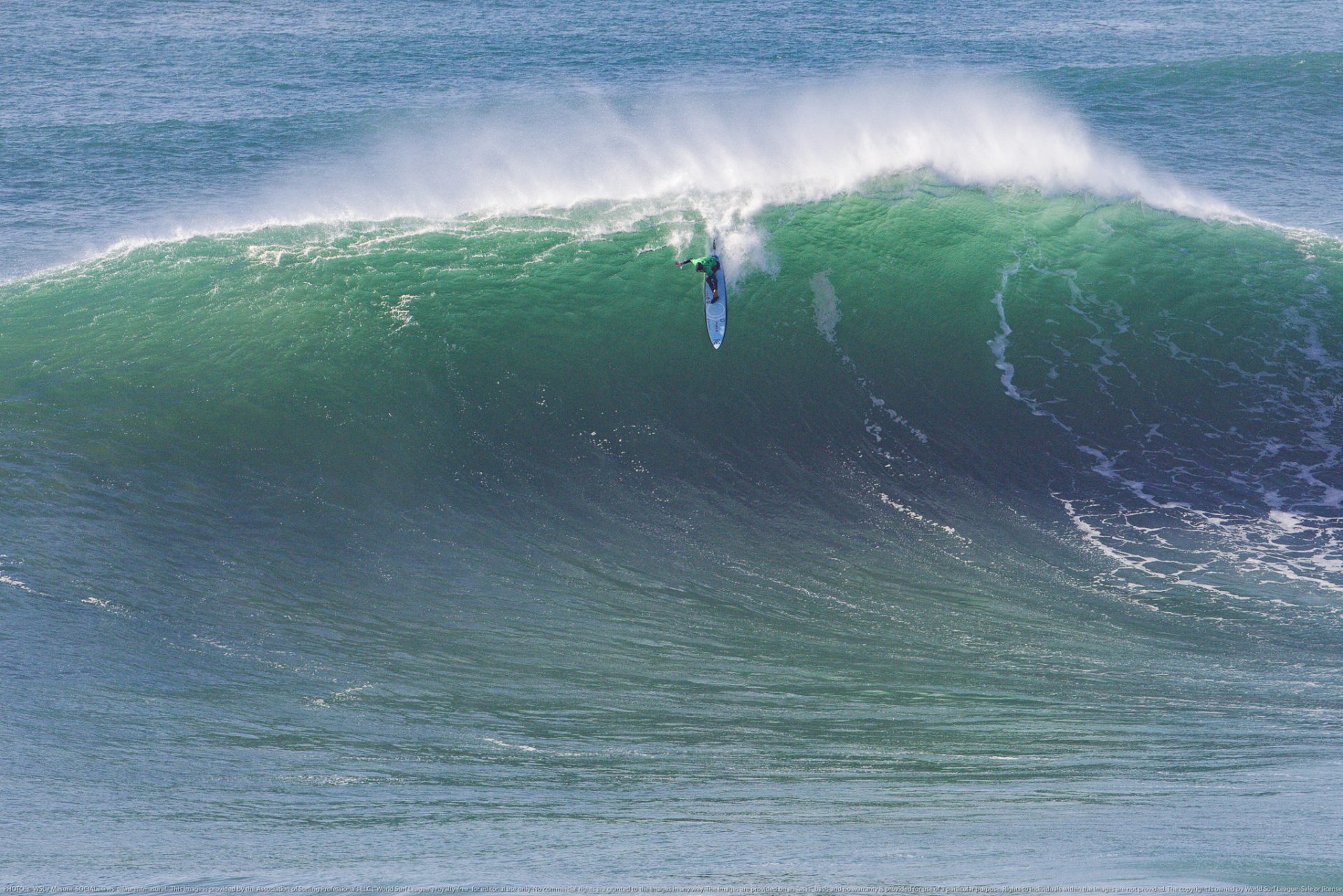 The World Surf League Big Wave Tour issued a Green Alert on Sunday (NZST) for the Nazaré Tow Surfing Challenge pres. By Jogos Santa Casa at Nazaré, Portugal to run on Tuesday, February 11, 2020. The first call will be made at 8am. local time (GMT) on Tuesday.

“We have been tracking this weather system for a few days and conditions seem to keep improving with very large swell and light winds,” Bill Sharp, Big Wave Tour General Manager said. “This looks to be the best opportunity in the season so we have decided to call the Green Alert.”

The first-ever event of its kind, the Nazaré Tow Surfing Challenge will feature 10 teams comprised of two athletes, alternating between surfing and driving the team’s ski. Each team will compete twice in an hour-long heat with a priority system to ensure all riders get their shot at some of the best and biggest waves on the day.

“There has been so much progression in tow-surfing these past few years that it is great to finally have a format that really suits it,” Sharp added. “Everybody will surf several times and at the end of the day we will get together to decide the winners. This is really exciting!”

The event will be captured from multiple angles and broadcast live, with Big Wave legends Peter Mel and Garrett McNamara calling all the action. When the competition wraps, a nominating panel will examine the video evidence and select the biggest, best-ridden waves of the day as finalists. At an awards ceremony later in the day the athletes themselves, along with a group of expert judges, will review the nominated rides and place their votes in an assortment of categories including Men’s Wave of the Day, Women’s Wave of the Day, Team Champions and the Jogos Santa Casa Commitment Award with the winners being crowned at that time.

Maya Gabeira and Justine Dupont are poised to make history at Nazaré. It will be the first time, two female big wave chargers will compete at Nazaré among the best surfers in the world. Gabeira will compete as Team World alongside Sebastian Steudtner, while Dupont is the only rider on her team, driven by her companion Fred David on the ski.

Praia do Norte (North Beach) in Nazaré, Portugal, is a big wave break notorious for its powerful waves and dangerous speeds. The world-famous venue that will host Tuesday’s competition has produced the biggest waves in the world, including the Guinness World Records titles for the men’s and women’s largest waves ever surfed.

A very active storm pattern in the North Atlantic this week will set up a series of XXL swells for Nazaré during the next week or more, with Tuesday and possibly Wednesday likely the best days of the bunch.

Thanks to a storm now rapidly strengthening off the US East Coast, we expect a solid northwest swell to build Monday night and peak into the early morning hours on Tuesday with 40-to 50-foot faces expected. Local wind looks good to excellent Tuesday morning with light and variable to possibly light offshore wind, before trending lightly onshore for the afternoon.

A reinforcing, long period northwest swell is expected to build late Tuesday and peak early Wednesday morning from a potentially hurricane-force low that should develop off Greenland late this weekend. Similar size surf should continue Wednesday morning, although we may see an increase in side-shore northerly wind on Wednesday.