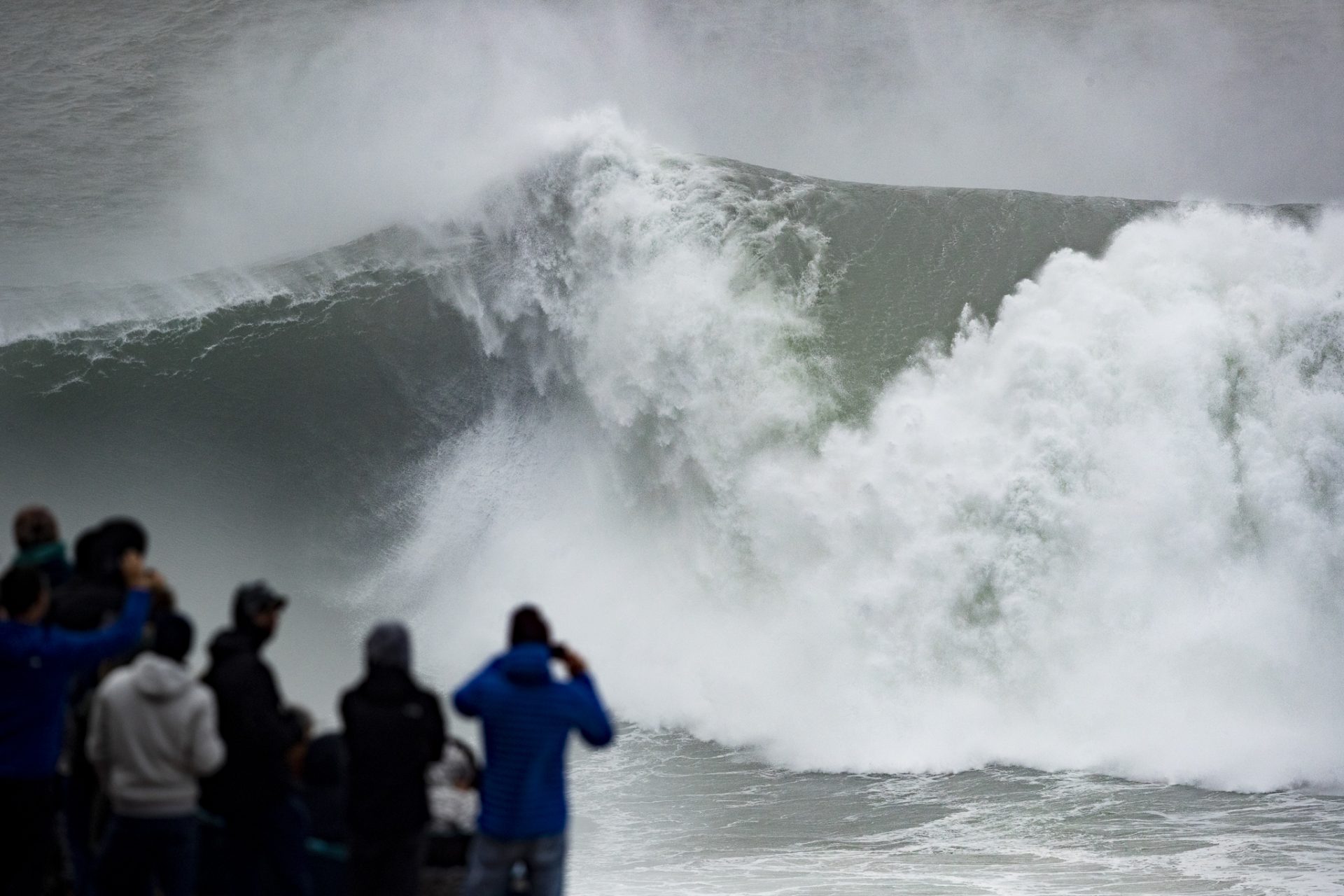 Portugese surfer Alex Botelho drowns during closing minutes of the Nazaré Tow Surfing Challenge. He is then revived in a dramatic rescue by the WSL big wave safety team on the beach at Praia do Norte in Nazaré, Portugal.

Botelho, competing with team Portugal, was pulled lifeless from the water after initially being mistaken as debris from the wreck of a jet ski. A member of the safety team spotted his body suspended just beneath the surface of the foaming whitewater thanks to Botelho’s vest providing enough buoyancy to keep him afloat. The rescue ski, which already had one additional person on it, was able to locate Botelho and the second person then stayed with the body until the ski could get them closer to the shore’s edge.

The dramatic rescue wasn’t over yet and it took several surges before Botelho could be brought ashore at .

The lifeguards then went to work in a distressingly long and gut-wrenching period of time as they tried to revive Botelho. Eventually they had success and Botelho was transported immediately to hospital.

WSL has just released an update on his condition:

“Currently, he is stable and conscious,” WSL explains. “He will stay at the hospital for further evaluation.”

“A heartfelt thank you to the safety and medical teams for their quick response. We are wishing Alex a full and speedy recovery.”

Apart from the drowning, the extent of his other injuries was not immediately known.