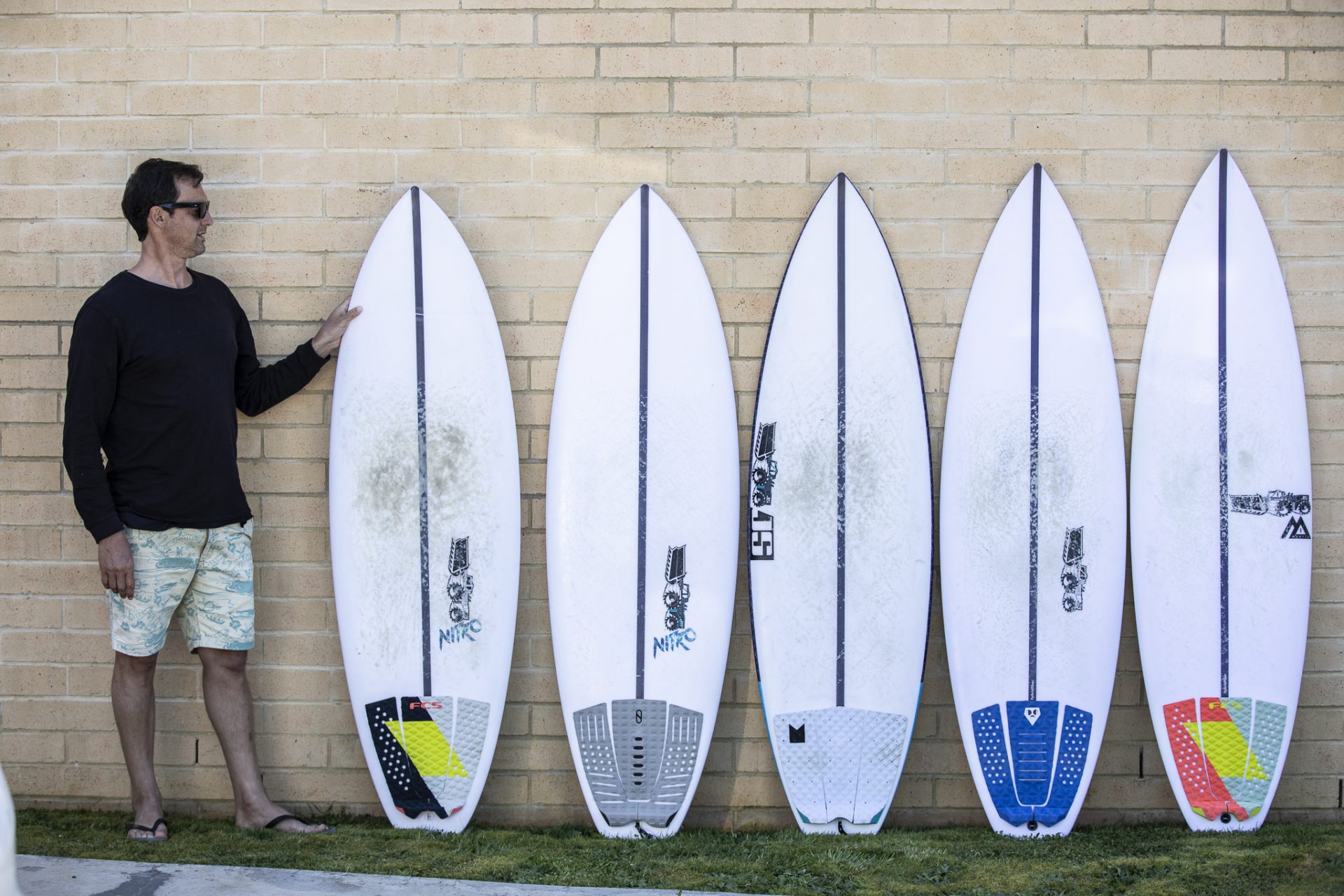 As a 40-something year old grommet with 30 years of surfing under the belt, I’ve got an insatiable hunger to surf as well as I can before the inevitable decline of aging sets in for good. Like a good comb over, I’ve been trialing different surfboard constructions in an attempt to keep my surfing in the more vertical range rather than horizontal.

About 10 years ago I made my first foray into the world of epoxy surfboards. The surf-shop sales grom turned an epoxy board upside down and jumped up and down on it to demonstrate the flex and how strong it was – I promptly ordered a custom which I waited three months for and then broke it within three weeks.

Not impressed with either performance or longevity I was back onto trusty PU boards. Still epoxy-curious, I ordered an early Channel Islands wooden-stringer epoxy and I was hooked. I had more paddle, more spring underfoot and felt five years younger going into a bottom turn. But as soon as there was any chop, or if the waves got solid there would be this strange warble through the board – it would flex all over and feel all kinds of wrong.

Regardless I stuck with epoxy boards for 1-4ft clean waves. Friends had been talking up the JS Industries boards, but I wasn’t keen to go there until I could order an epoxy.

JS were relatively late to the epoxy party with most of the other big international board brands having an offering a year or two before them. Their excuse was that they wanted to get it right before taking it to the market.

And so the Hyfi was born. Hyfi, or hybrid fiber, as JS calls it is essentially a stringer-less epoxy core with a few fancy layers sandwiched together and carbon strips. The carbon strips were initially just on the bottom, but now feature on the top where they are used to strengthen and control the board’s flex. It also has a diamond-shaped fibre weave on the bottom and over the rails. The claim is that this construction is faster, stronger and lighter.

Let’s drill into that …

JS claims that its Hyfi boards are 20 percent lighter than the comparable PU version and if you get a Hyfi it’s pretty much the same weight that Parko, Jules, Dusty, etc get with their boards. I’ve had seven Hyfis now and I’d have to say this sounds about right to me. I pick up a PU board now and it feels remarkably heavy. The lightness makes them so easy to throw around and that really pays dividends for more advanced surfers.

JS’s website claims that their epoxy boards last longer than PU boards. That could be because JS’s PU boards have a terrible reputation for snapping and buckling. I’m picking that it’s because those who go for JS’s typically want a good time over a long time. For me I’d rather have an amazing board that might not last over a pig that I’ll have forever. I talked with a major board distributor recently who told me they see far more stringer-less epoxy boards buckle than PU boards … including JS Hyfi’s. My experience has been the opposite. Seven Hyfis in and I’ve creased just one – and that was mostly user error – I rode it into dry sand. Over the years I’ve subjected them to many heavy situations in Raglan where I’ve been sure I’d emerge to see them in two pieces, but not even a scratch. I’ve even had several wash up on the rocks after snapping a leash and had minimal damage. Having done a lot of testing now I’d have to agree with JS’s claim on this one.

Hyfis have definitely got a good spark to them. Absolutely more than PU boards. They’re slightly more buoyant and because of this JS head shaper, Jason Stevenson, trims a bit of extra bulk out. That’s why you may notice that the same dimension board will have more litres of volume in PU than it will in the Hyfi epoxy version. That way it won’t feel too “corky”, or feel like you can’t sink it into turns. I had a 5’9″ PU Monsta Box, which was a great board, when it came out in Hyfi (5’9″ again) I grabbed that and it was next level, way better than the PU version. It was lighter, felt so sparky under foot – seems like it was spring loaded compared to the PU.

Having surfed a lot of Hyfis over several years I would have to agree with JS’s three claims of faster, lighter, stronger. And that’s what I look for in a board, as do a lot of surfers. They can add in a fourth, at $1199 it’s also expensive. But cost withstanding and despite arriving late into the epoxy game, JS has nailed the construction. The sandwich and fibre weave seems to dull down the chop and they still handle bigger conditions. I’ve never felt the strange warbly feedback on bigger choppy waves that a normal epoxy produces.

I would think twice about getting a super short, thick board in Hyfi. I recently acquired a 5’5″ JS Hyfi Pyscho Nitro at 2½ inches thick and 29.3 litres of volume. This board felt really stiff – quite in contrast to the light springy feel of all the other Hyfis I’ve had. It could just be that it needs to be broken in, but I’m thinking the benefits of the construction might be lost in the additional thickness.

As you’d no doubt have picked up, I’ve pretty heavily invested in JS Hyfis over the last few years (and I should remind you that I don’t get free boards). When it comes to boards, I vote with my wallet. Hyfi has become my go-to board construction. 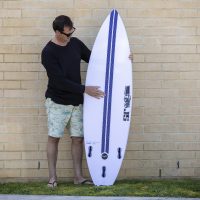 JS Hyfi surfboards are high performance, high quality, high price boards for surfers who want a super light springy board that should last. A solid step forward in surfboard construction available to anyone prepared to stump up the extra dosh.