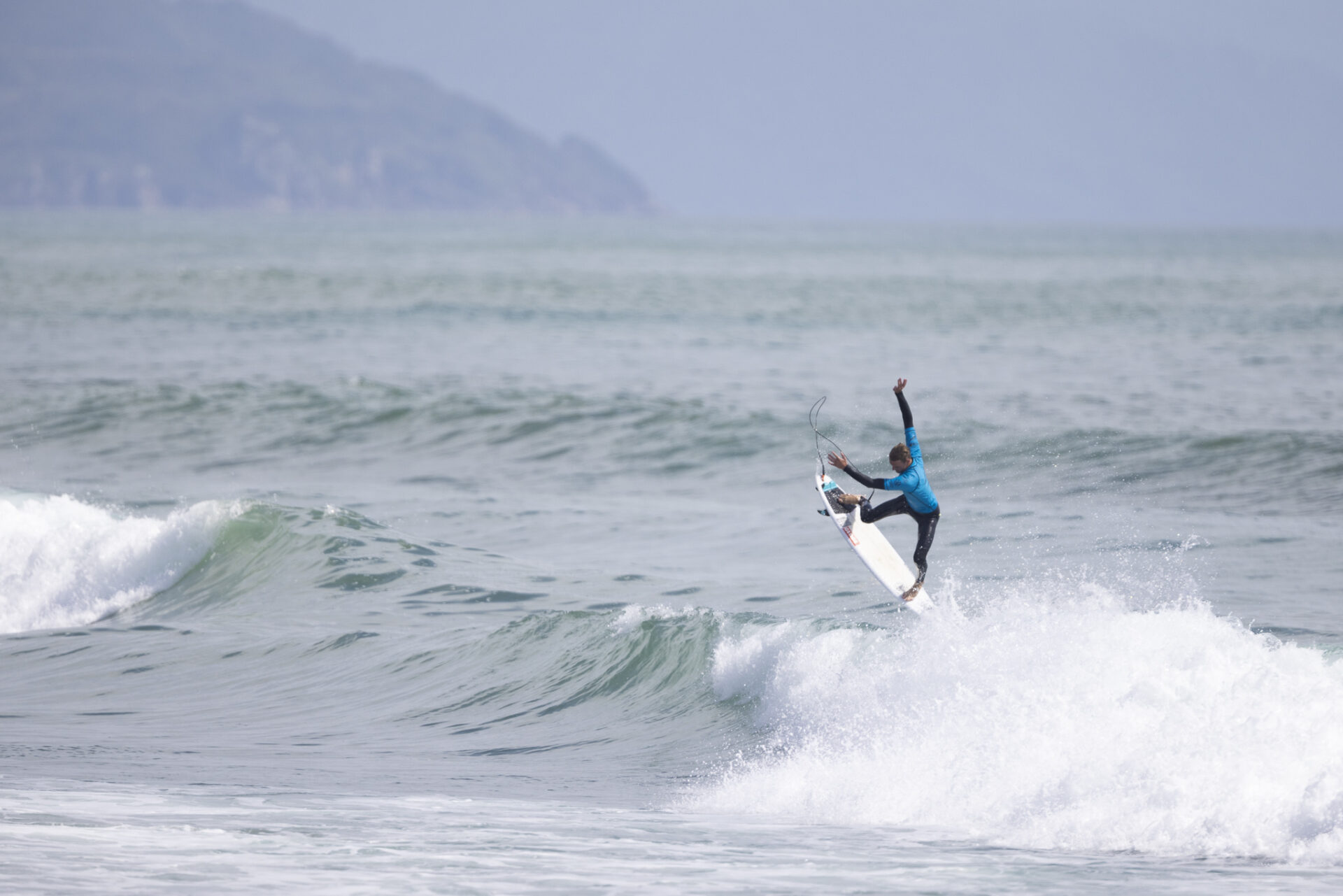 Finals day moves to Nine Mile Beach as the swell that has given so much all week abates and a building north swell fills in at the 2022 New Zealand Surfing National Championships held at Westport.

Finals day never disappoints on these big occasions with Daniel Farr and Billy Stairmand locking horns in a thrilling final that ratcheted up and up as the heat progressed. In the first 10 minutes Billy sat on his own peak – a rip bowl right and went to town on the rights to establish a comfortable lead. Then he hustled down to where Levi Stewart, Daniel Farr and Reuben Woods were waging a battle. It was an exciting move, but Billy met with a feisty Daniel. Dan paddled away and then took the move to heart and sold Billy on a wave before taking the second that gave him a huge air reverse. The judges weren’t fond of the single air, but that didn’t stop Dan from finding another ramp and going even bigger, finishing with a salute to the judging tower and locking himself into first. Billy chased a better score, and thought he had it, but Dan proved to wily to take the win – his first Open Men’s title.

In the women’s the battle came down to Paige Hareb and Ava Henderson. Both strong surfers went blow for blow, but it was Paige who pulled out all her class to take the win – her first Open Women’s National title and her second title of the event, after she won the Over 30s category.

Other standouts included Jack Tyro, who claimed three titles at the event: two in longboard and one in the Under 16 Boys. Reuben Woods won the most outstanding surfer of the event for his four-final day of madness. He went 2-1-2-4 in his marathon and did it all with a huge grin and great attitude.

We’ll follow with a full report in due course. In the meantime, here’s 40 Frames: