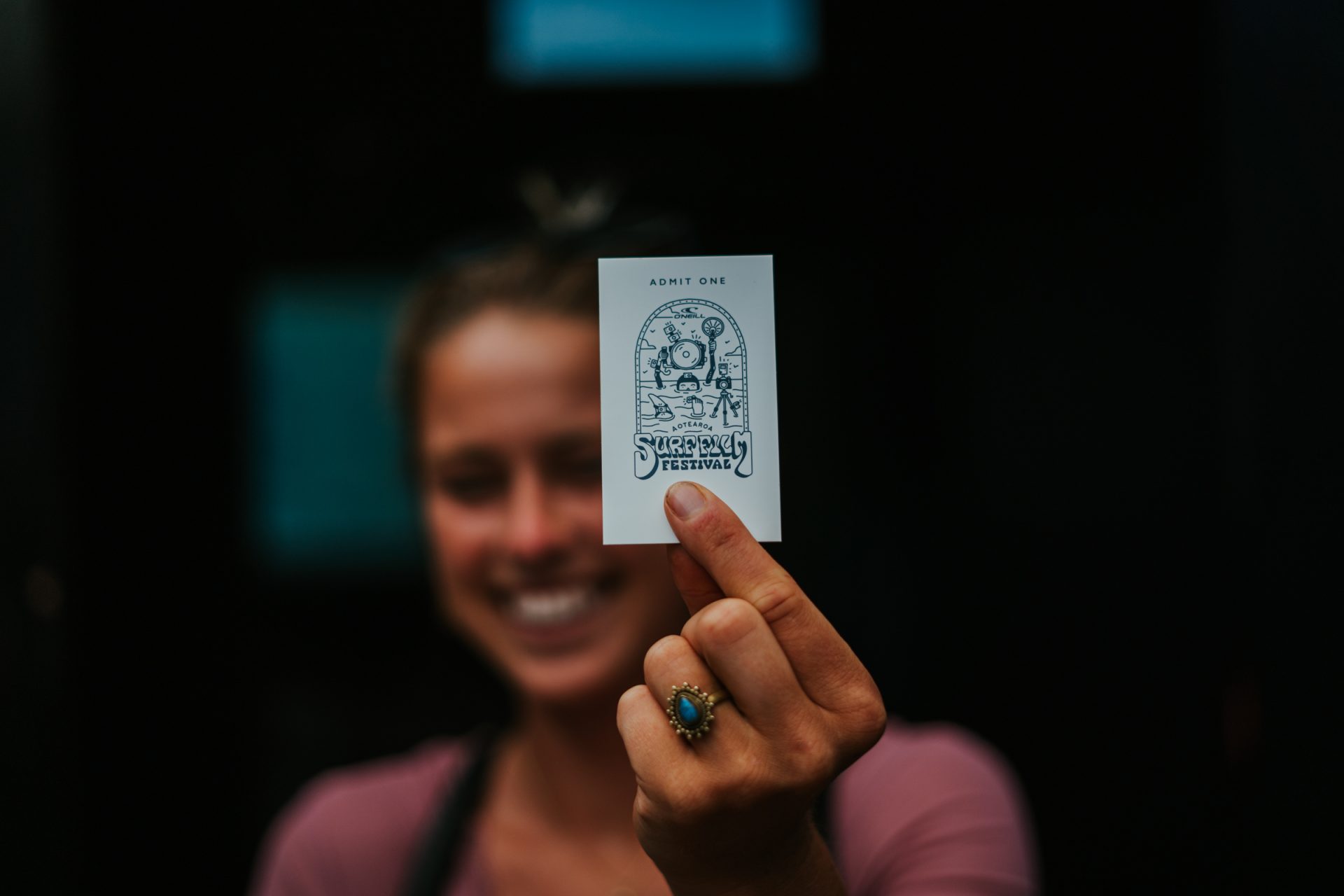 As the Aotearoa Surf Film Festival closed in on the end of its 2020 tour, Covid-19 rose it’s head and scuttled the final events – including a screening at the Piha Pro. Event director, Nick Stevenson, has survived the ordeal and is breathing a second life into the festival for 2020. We sat down with him to find out more …

“When the Corona Piha Pro was cancelled, which we were going to be running a big outdoor screening at, I think the scale of what was coming with Covid hit home,” he shares. “We did make the call much earlier than other events to postpone, and some people questioned that decision as being too cautious. But between myself and tour manager, Louis Murphy-Harris, we just knew that it was better to call it early to keep our partners, audience and venues informed.”

In hindsight that was a good bit of leadership and it gave the team Aotearoa Surf Film Festival (ASFF) team time to make a plan for alternative dates later in the year.

“Let the storm pass and wait for the waves,” he laughs. “I take my hat off to our partners, O’Neill, Corona, Panasonic, Climax Surf Wax, Bear Bones Surf, every single one of them backed our decision to postpone, which we are so grateful for. None of us at that point realised what was coming. Our audience response from the postponement was incredible, we contacted everyone who had tickets and about 80 percent opted to wait for a new date, even though at that time we had no indication when that would be, rather than a refund. It blew us away how loyal and stoked everyone is on the event and that’s part of why we charged ahead as soon as possible to get the tour back on track after Jacinda gave the all clear.”

Stevenson said the new dates, spanning from July 24 – August 7, came together quite easily thanks to the ASFF’s small team. He describes them as “pretty scrappy and nimble” so it came together quickly.

“Our tour venues have taken a huge hit with the loss of events and live music with Covid,” he explains. “So part of it for us was giving them a positive event sooner rather than later – they need that lifeline. Without these venues being each city’s cultural hub, the tour simply couldn’t happen. We want to keep that thriving. Likewise our audience was so ready for it.”

He said the journey had no low points – it was all positive vibes and the team’s early decision meant they didn’t take too much of a hit.

“Nothing will change in our delivery of these last festival tour stops other than the date, we are just happy to be back,” he smiles.

The ASFF is now in its eighth year – something of a highlight for Stevenson.

“I never thought that we would be here, with the same group of partners that believed in the vision from day one,” he admits. “Stoking people out on surf films in every corner of the country. But people are frothing and it has become a platform for filmmakers to share with an audience in a different way to just a digital screen. Nothing beats that big screen and the atmosphere, it is the one time that you get an entire community together, catching up over a few Coronas outside the lineup. We have literally watched filmmaking careers happen from involvement in ASFF, which is so cool. And we have shared the craziest stories from all reaches of surfing across the world. This year we have managed to get back to places we have missed in previous years such as Dunedin and Nelson, so that is a highlight for sure.”

The ASFF features a mix of international and Kiwi surf films. Stevenson said there was a solid number of submissions from Kiwi filmmakers this year with four Kiwi films making official selection.

“Over the years it has got more competitive to make it in,” he reveals. “Our screening panel has a keen eye and strong opinions. I think it’s that combination of differing experience and viewpoints that makes the final selection strong.”

“They do an incredible job each year,” offers Stevenson. “There is always some banter between the judges backing films that they each really love. I think with any film festival you want to always have content that inspires, but also challenges, it keeps things interesting. I always stay neutral on the films – I leave that to the panel to stay impartial and for announcement of the award winners at the finale at the Crystal Palace.”

While the Raglan Pro is rumoured to be running in late July, Stevenson said ASFF wasn’t planning to be a part of that event.

As for the future of ASFF, Stevenson said he was confident that ASFF would keep moving forward and continue to spread stoke across Aotearoa.

“I think the vision to get people out in the water and to be exposed to unique perspectives on surfing is key,” he shares. “We want to celebrate all forms of wave riding and surf culture, and that will always remain the same. We want to keep building and fostering the local talent in filmmaking here, and there are some amazingly talented people coming through.”

He said the event relied on a tight crew of volunteers and key people who share the ASFF vision.

“I do want to thank everyone that comes out year and after, and the amazing support our team gets,” he tells NZSJ. “We do this for you and our partners that make it all possible.”

He said he was looking forward to ASFF being back on the road post-lockdown, albeit a bit colder and later than expected.

“We’ll be packing the steamer and booties instead of the springy,” he laughs. “All we ask is that the swell is pumping when we roll into your town.”

Piha Pro Is Back As WSL Releases New...