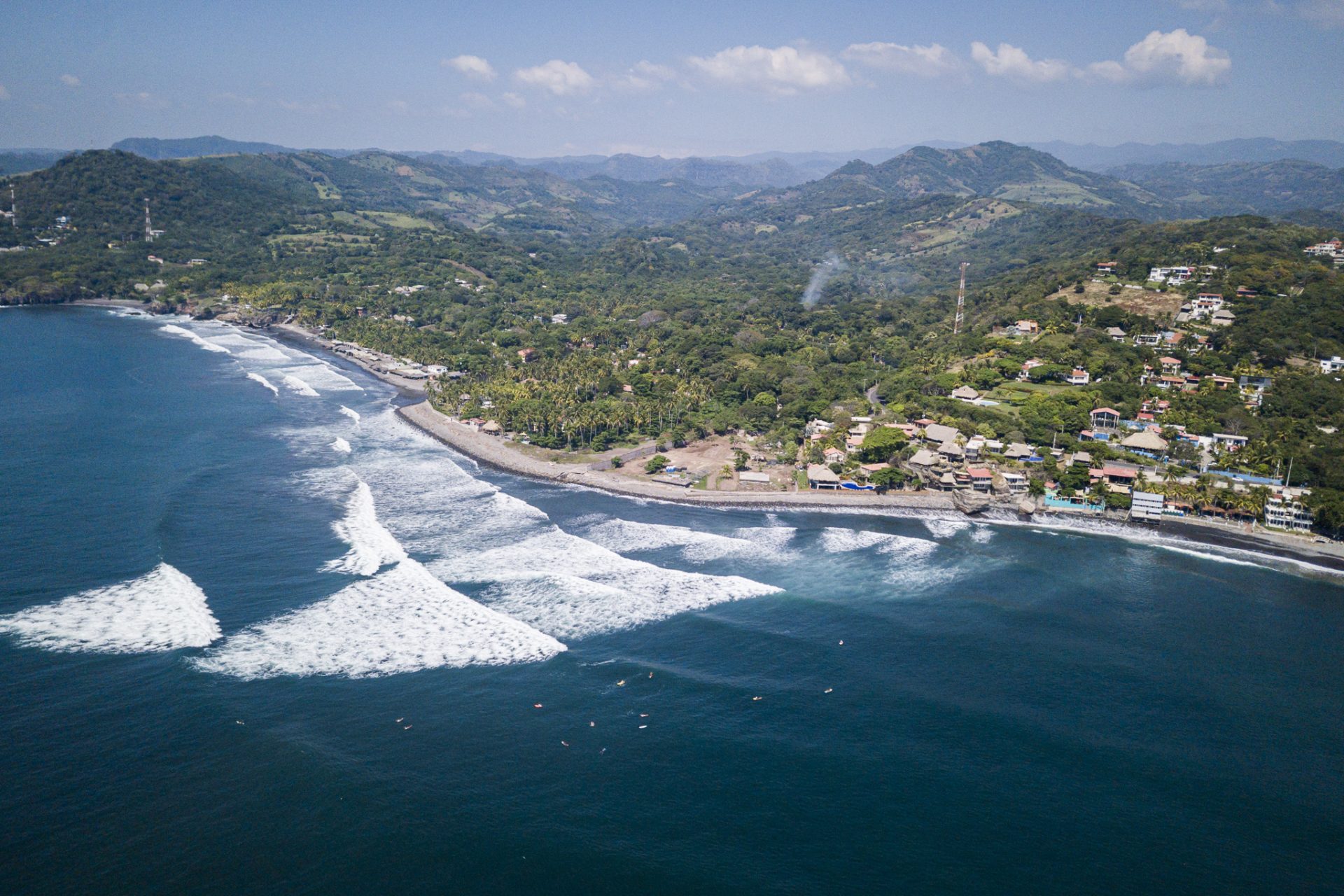 Traveling while the world is flaring with Covid 19 is never an easy decision to make, but if Olympic qualification is top of your goals, then you have very little choice. New Zealand Surf Journal catches up with Paige Hareb and Saffi Vette as they begin their journey at the ISA World Surfing Games being held in El Salvador.

Paige and Saffi are the entire New Zealand team for 2021’s ISA World Surfing Games. They will be joined by 257 surfers from 52 nations across all continents of the globe when the 2021 ISA World Surfing games takes place from May 29 to June 6 in the coastal town of El Tunco, El Salvador.

“It was a big decision on whether to have the vaccine or not and whether I should risk traveling out of New Zealand again or not,” Paige admits. “Now that I’m here in El Salvador I know I’ve made the right decisions.”

“I’m still not looking forward to doing quarantine on the way home, but that might just be a part of life now. I could be in worse places doing worse things.”

“It was a big decision on whether to have the vaccine or not and whether I should risk traveling out of New Zealand again or not. Now that I’m here in El Salvador I know I’ve made the right decisions.”

This ISA World Surfing Games has a certain redeeming feel about it for Paige. In the previous edition she beat then World Champion Carissa Moore in a heat during her journey through the event – a run that saw her encounter top seeds the whole way through. Ella Williams was able to slip past her for the provisional Olympic nod. This will be Paige’s last chance to book her seat at the Tokyo Olympics.

“My goal is to finish in the top 30 because that will give me a very good chance of qualifying for the Olympics,” Paige explains. “Obviously, I’d love to go as far as I can – even win. It’s pretty important to me. It has been a goal and something I’ve been focused on for awhile now. So, to achieve it and go to the Olympics really would be a dream come true.”

Paige, who is New Zealand’s most successful surfer, has enjoyed a career that has included eight World Championship Tours. She is 30 and her traveling companion, Saffi, is 19. It’s like a master and the apprentice pairing, but she smiles and shrugs at that notion.

“It’s been really cool!” Paige laughs. “I wouldn’t say I’m the master, but it is kinda cool having that ‘young and fresh’ mind around. Saffi is a cool girl, has a great energy to be around and she rips!”

The girls are funding their own trip, but said Surfing New Zealand had been very helpful in getting them the vaccine.

“It’s costing Saffi and I a lot to do this trip so I guess that’s why a lot of the other New Zealand surfers pulled out,” Paige explains. “As well as another comp in Australia that clashes with us doing quarantine on the way home and also poses a health risk.”

“For me, my sponsors have been a huge support and helped to get me here,” Paige adds. “I’m very grateful to have the support of Backdoor Surf Shop, Curve Surf, Gull, Noel Jessop Architecture, DHD Surfboards, New Balance, Matuse wetsuits and Toyota. Thank you all!”

“I wouldn’t say I’m the master, but it is kinda cool having that ‘young and fresh’ mind around. Saffi is a cool girl, has a great energy to be around and she rips!”

The ISA World Surfing Games has seen an increase in participation with 12 Olympic slots on the line – seven for women and five for men – as surfers from around the globe look to earn their path to the Tokyo 2020 Olympics.

Paige and Saffi will join the 122 women who make up 47 percent of the field – a record for female participation at the event for the third consecutive year.

We will be following Saffi and Paige’s progress at El Salvador. Stay tuned.

Photo Essay: Summer Roadie With A Twist Of...