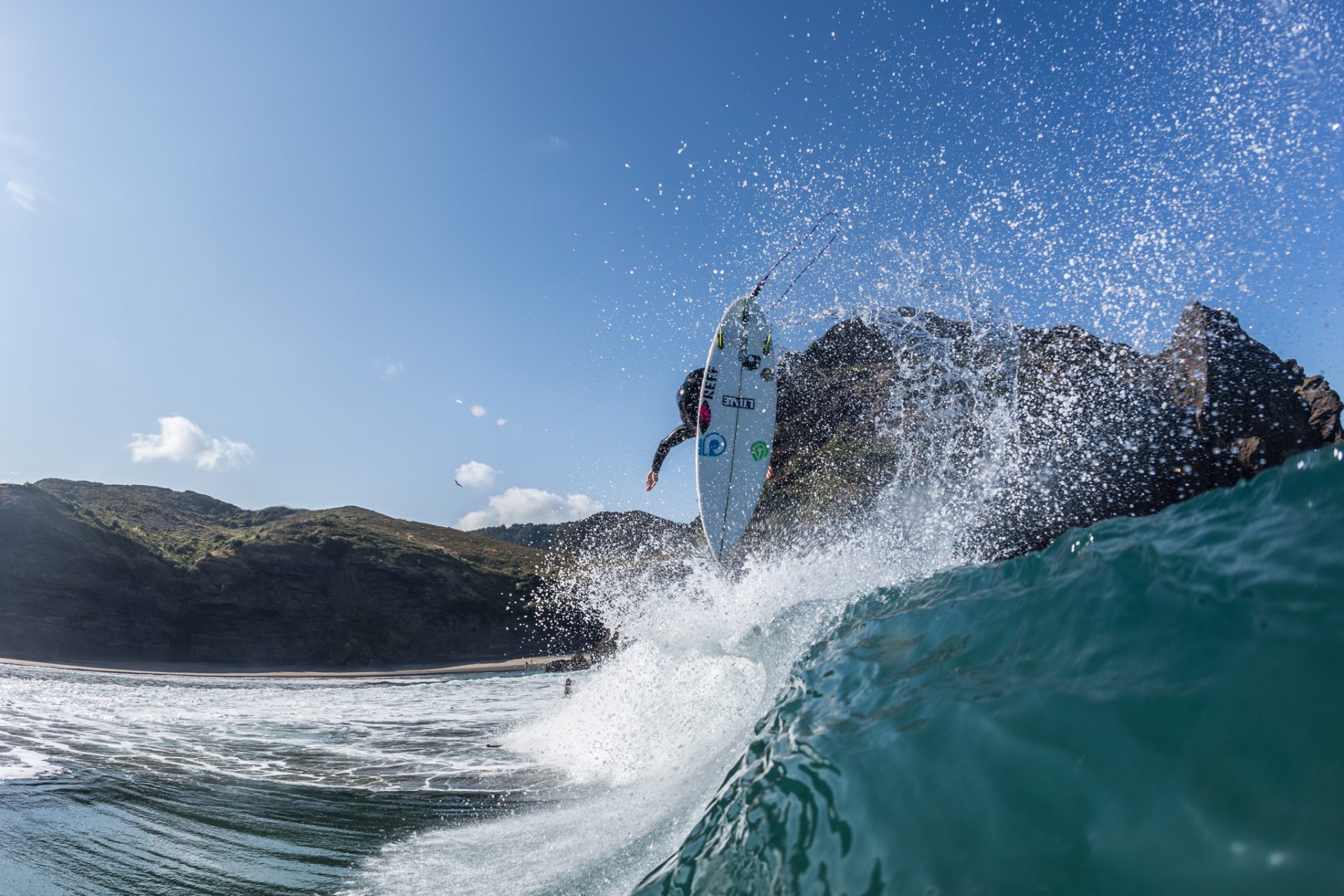 We’ve all had a topsy-turvy year, but for seven-time New Zealand surfing champ Billy Stairmand it has kind of worked out okay. Photographer Craig Levers catches up with our Olympic hope and finds out why …

NZSJ: Hey Billy, you’re wearing a knee brace, what happened?
During the Newcastle 5000 WQS event at the start of March I was free surfing the night before a huge finals day. It was a really good air wind, so I went for a backside air and tried to land, but my back foot slipped off the tail pad and my body collapsed over my front knee, tearing my MCL (medial collateral ligament) and PCL (posterior cruciate ligament).

NZSJ: How serious is that?
I had a Grade 3 MCL tear and a Grade 2 PCL tear and luckily and surprisingly I didn’t tear my ACL (anterior cruciate ligament). It’s now been three months since the injury. At the time it was devastating and I was pretty gutted. But after everything that happened with the whole pandemic thing it’s almost the perfect time to be injured for me. The recovery is coming along well and I should be surfing again in the next week or two. I’ve been training a lot and working with my physio to help get it better quicker.

NZSJ: You would have surfed in the Piha WQS, how would that have worked?
Yeah, I was really looking forward to competing in front of my home country. It was looking like it was going to be an amazing event and just competing at home is always such an honour. Especially in that scale of an event. I would have definitely competed – even with a torn MCL, but I obviously wouldn’t have been 100 percent. In a way I’m happy it all got postponed so when it does come back I can compete at 100 percent and put on a show for the crowd also. Also, we had a big week locked in staying at your house there, CP! I’ve previously had some pretty good results staying there, so it was going to be a fun one.

NZSJ: So Covid-19 was a bit of a mixed blessing for you then?
Yeah, to be honest the whole Covid lockdown on the world was probably the best timing for me. I was having a really amazing start to my year internationally and was gearing up for one of my biggest years ever. But then the injury. I was scared and nervous for what my year was gonna look like after that. I probably would have missed a few events and wouldn’t have been 100 percent recovered in time for the Olympics. So I have taken all the positives out the of the whole pandemic. It’s given me time to reflect on what I really want, which is to get a medal at the Olympics. Now I have the time to fully recover, train more, practice more and prepare myself fully for the Tokyo Olympic Games.

NZSJ: What happens for the rest of the year for you and with the WQS now?
Ummmm … good question. I’m unsure what the WSL and WQS is going to do. I haven’t heard anything from anyone so it’s a bit up in the air at the moment. Obviously it’s gonna be a tough one with the travel restrictions. It’s hard to say what they’ll do – they may even cancel the whole year. Some people have won contests already ya know, so it’s hard taking that away from them. I hope we can get to Hawaii at the end of the season and maybe do the triple crown. But I really don’t have any idea what will happen.

NZSJ: You’ve been helping the lads do step-offs … on the East Coast – tell us about that?
Ha ha. Yeah, it seems like I’ve become a personal driver for Leon Santorik of late. I’m still not surfing so I’m trying to get as close to the real thing as possible and doing step offs is pretty much it. Leon knew the waves were going to be good so he messaged to see if I was keen. I also had a couple messages from some of the other boys asking what I was up to on this day. I drove to his house stayed the night and we were the first ones out there. We stepped for six hours straight! [laughs]

For me it’s really good practice driving the ski and I also love stepping the boys off into some good barrels. And I’m sure Leon doesn’t mind getting barrels for six hours straight. It was a fun few hours. But I can say it was hard watching everyone getting barreled. I thought about getting one or two – you know just step off, go straight and get barrelled. But then I thought what’s the point? If anything was to happen – get clamped, or backwash, or catch an edge, then I’m done again. So I didn’t surf. Wise decision from myself. [laughs]

NZSJ: How do step-offs work?
It’s so easy and fun. You just wait and hunt for the right wave. If you see a peak down the beach then you gas it down there. When you get to the right spot you slow right down, turn down the wave to head straight towards the beach and the surfer steps off the ski and onto their board. Then you gas it out in front of the wave and watch your friend get absolutely barrelled off his noggin. [laughs] It can get dangerous at times especially when it’s a bit bigger. But I think if you have good wave knowledge, and take a bit of time learning and driving, then it’s super fun.

NZSJ: Thanks Billy and best for luck for your recovery.
Thanks, Craig.

Science: The Big Wave Link Between Climate Change And The Southern Ocean