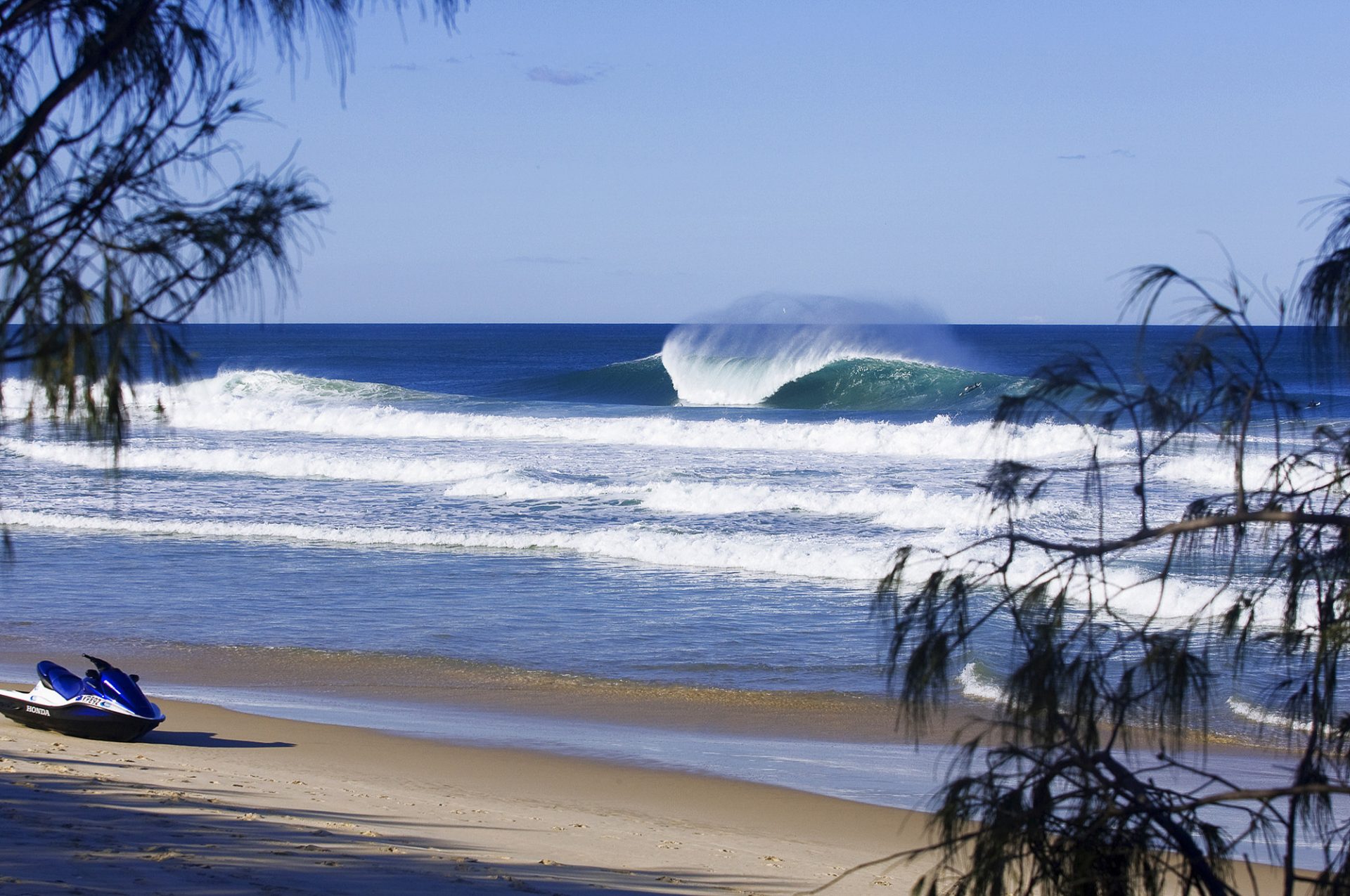 Upcoming competitions will take place in Australia, France, Portugal and Brazil, with nothing on the cards yet for New Zealand’s World Qualifying Series surfers.

The idea of these WSL contests is to bring world-class competitive surfing to fans during a time of restricted international travel. The events will feature a selection of the world’s best surfers, including Olympic qualifiers Kanoa Igarashi and Johanne Defay alongside WSL Champions Stephanie Gilmore and Tyler Wright.

The first event of the series, the Michelob ULTRA Pure Gold Rumble at the Ranch, was completed on August 9 with Filipe Toledo (BRA) and Coco Ho (HAW) claiming victory in a one-day, mixed tag-team format competition on the perfect waves of the WSL Surf Ranch in Lemoore, California.

Australian Grand Slam of Surfing
The window is now open for the Australian Grand Slam of Surfing where 24 of Australia’s best surfers (12 men and 12 women) will compete in a three-event charitable series set to take place between September 1 and October 31. Pending state border restrictions, events are planned for Tweed Coast in regional NSW, Margaret River Main Break in Western Australia and the Gold Coast, Queensland. 10 male CT competitors and 8 female CT competitors will be on standby for each stop, some looking to compete for the first time in 2020, with the remaining spots going to top-ranked QS surfers and local wildcards.

Each event needs only two days to run within the two-month waiting period, which will allow WSL event directors to pinpoint the best conditions for each location.

2020 was supposed to be the comeback year for two-time WSL World Champion Tyler Wright until the season was cancelled due to the global COVID-19 pandemic. Having only competed once this year, the Australian Grand Slam of Surfing will be Wright’s first opportunity to do battle against her compatriot CT surfers in 2020. Wright sees the forced time off as a huge benefit in her continued recovery.

“I was ready to go and prepared for a very big ask of my body,” Wright said. “The trauma of the last few years has been really intense. But I’ve been really well supported. Which means my team is really well prepped with what I’ll do to compete, the limits I’ll go to and where I won’t go. With that said, I’m as ready to compete as I’ve ever been. However, with these unforeseen circumstances, it has meant being at home and not having to push myself straight away.”

The series will also play host to a number of ancillary events at each stop including the Juruki Indigenous Expression Session and “Locals Best of the Best Heat” (including a surfer from Juraki Surf Culture, Cabarita Boardriders, Kingscliff Boardriders, and Black Rocks Boardriders), where the men’s and women’s winner will be given a spot into the main event, at the Tweed Coast Pro.

In the West, Australian surfing legend Taj Burrow has accepted a wildcard in the men’s draw, and Jake Paterson and Dave Macaulay will go head-to-head in a one-off Ultimate Wingman Session (Heritage Heat), while a “Locals Best of the Best Heat” will be run (surfers TBC via a local trials event run by Surfing Western Australia). A WA female will also be awarded a wildcard place in the main draw.

All eyes will be on the Heritage Heat at the Boost Mobile Pro Gold Coast as World Champions Mick Fanning and Joel Parkinson take on good friends Bede Durbidge and Dean Morrison. The four surfers will face off in a winner takes all final where ultimate bragging-rights are on the line for some of world surfing’s biggest ever names.

“This is going to be really fun,” Fanning said. “I haven’t really competed since my last event at Bells Beach in 2018 so it should be interesting, but whenever I surf with Dean and Joel and those guys there is always an aspect of competitiveness – even when we’re free surfing. No doubt the other three will play down how seriously they’re taking it, but I’m sure once we’re all there together something will ignite within. I’m excited that this event will be at South Straddie – it’s an amazing wave when it’s on and offers everything a surfer would want, which will make for an awesome show for the fans.”

“For the current CT competitors this series will be really important for them to get back in the swing of things competition-wise,” Fanning continued. “They will have been working on boards, strategy and their surfing in general so this will be a great opportunity to put it all to the test. Importantly, this series is huge for the fans.”

“Whenever I surf with Dean and Joel and those guys there is always an aspect of competitiveness – even when we’re free surfing. No doubt the other three will play down how seriously they’re taking it, but I’m sure once we’re all there together something will ignite within.”

Eleven male CT competitors and 8 female CT competitors will be on standby for each stop, some looking to compete for the first time in 2020. The remaining spots in each field will be allocated to the highest ranked 2019 non-qualifying Australian surfers or selected wildcard surfers.

Adding to the high stakes, men’s and women’s overall series champions will each win $20,000AUD to donate to a charity of their choice.

Onda Do Bem presented by Oi
15 of the top Brazilian surfers will join 10 celebrities for a broadcast-only, charitable event on Friday, September 18. Competitors will form teams of five and take part in a series of surf challenges, including an air contest and a tag team challenge, at an undisclosed location.

Euro Cup of Surfing
The Euro Cup of Surfing will see 24 surfers (12 men and 12 women) compete in two events, in France and Portugal, for the chance to win a charitable prize purse. An exciting short format will offer the opportunity to wrap the events into a single-day to capitalize on the best conditions.

The French Rendez-Vous of Surfing will take place in Anglet during a September 23-25 window and will be closed to the public.

The MEO Portugual Cup of Surfing is a mobile event that could run in a number of locations, including Ericeira, Peniche, or Nazaré, depending on conditions during the window from September 28 to October 2.