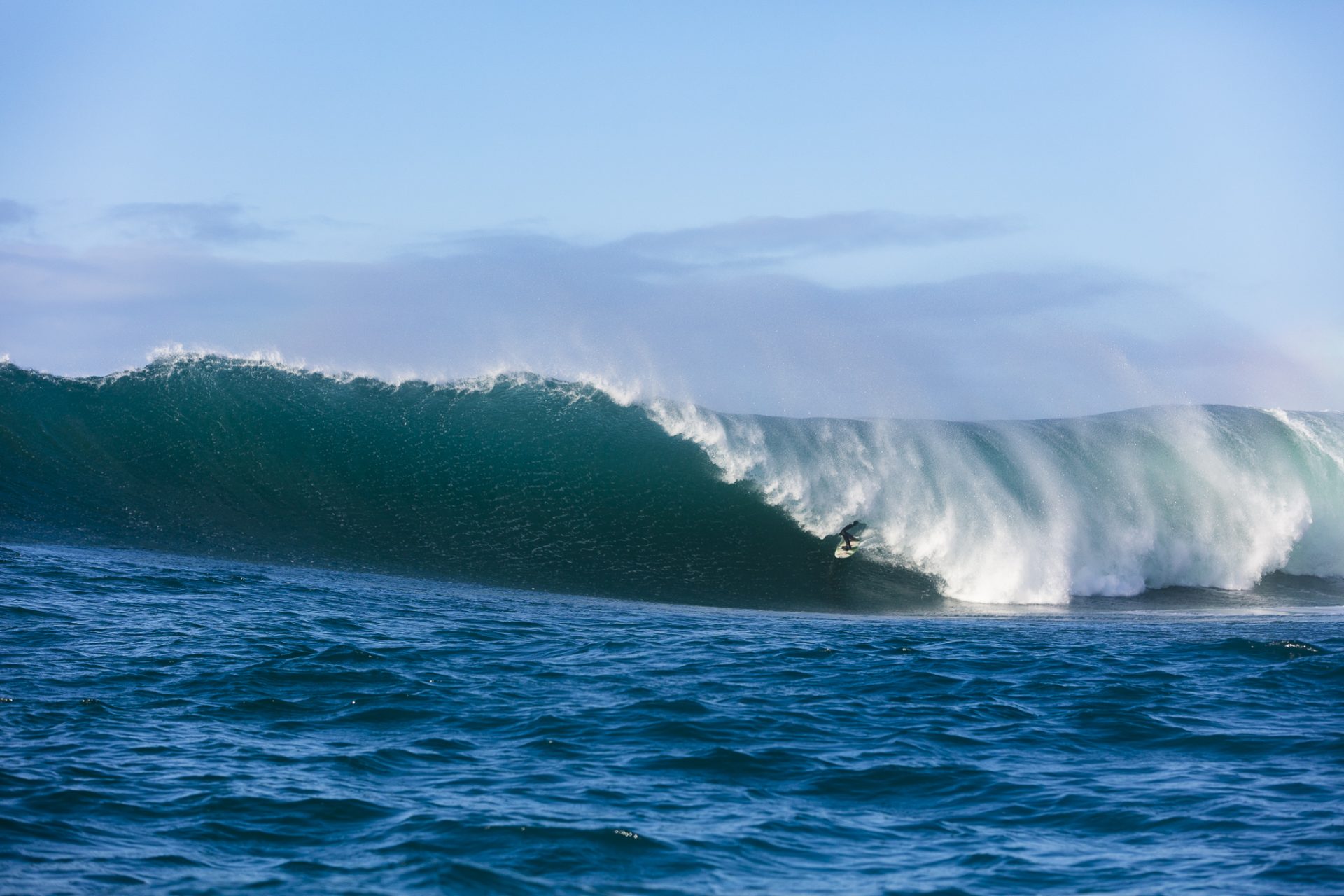 The Reef: Riding A Once In A Blue Moon Swell

I’d been tracking it from a week out and it played the notes of the forecast with precision. For big wave surfing this was a classic: its deep fetch straight off the western edge of Antarctica, landing an almost direct hit on the southeast corner of New Zealand. Then, sometime on Saturday, it peaks near Campbell Island and displaces the new MetOcean Solutions buoy a whopping 19.4m. At the time, that was some kind of record.

On the Otago Coast the peak of the swell came in the night, directly alongside the snowfall. But the winds were favourable for a handful of reefbreaks the following day and one of them, we predicted, could be worth a look.

Catching a wave out there is like lining up stars. First you need the swell to be nudging 8m in Foveaux Strait, then you need the right wind direction, swell angle and tide for the waves to be surfable. Those stars aligned on Sunday and a total of four tow-surf teams were able to make the most of conditions.

In the freshness of first light a group of surfers peer out to sea between campervans. The horizon is thick with swell and the wind is looking good. The reef erupts and the assembled surfers begin to get suited up in a frenzy of mild panic. Skis are launched into the water and everyone picks a path out to this remote unassuming kelp-clad rock.

It’s definitely a team approach to waves like these. They’re without doubt waves of consequence and it is a hostile environment in a swell like this. As we approach the plumes of whitewater on the horizon we can clearly see the wave is standing right up on the reef and doubling in size as the bottom drops out. It is far from perfect, but every now and then a set hits the reef just right and offers a glimpse of what’s to come.

Nat, Oscar, Tim and Jimi lead the charge and they each pay their dues. Jimi seems to cop it worst – the elongated waves trapping him inside and bouncing him on the reef. But he soon finds his rhythm and goes on to ride some of the best and biggest waves of the day. In the end all the surfers got at least one wave that will be hard for them to forget. Dale Hunter manages to get one of the cleanest rides in a very large barrel, that would have sent most surfers weak at the knees. They take it in their stride as if it was a simple walk in the park.

And perhaps that’s the attitude you need to have when your playground is wired to pulverise and compress you in the blink of an eye. 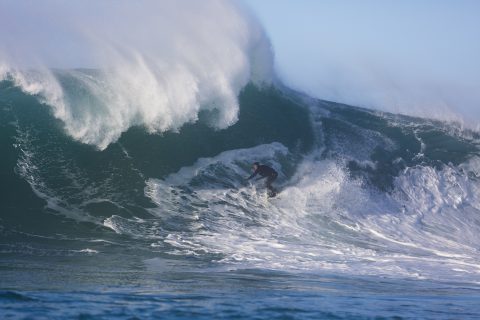 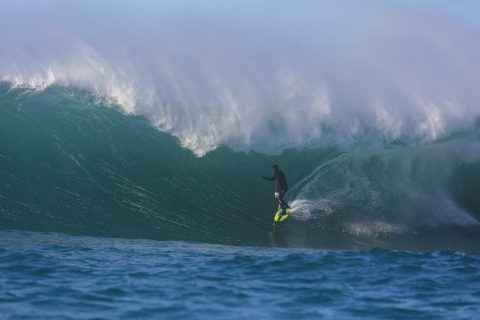 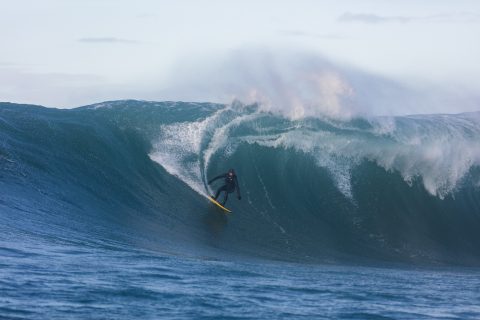 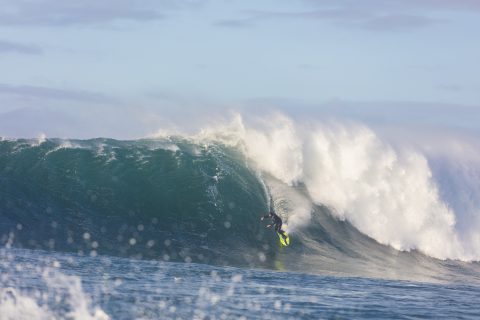 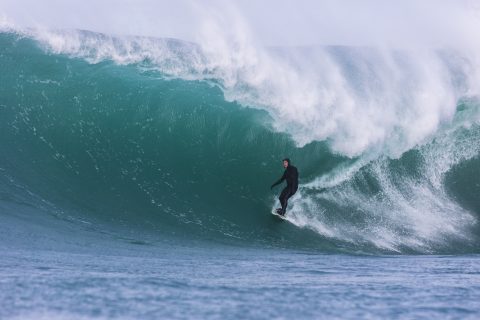 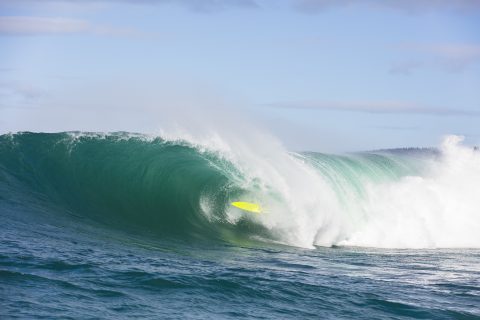 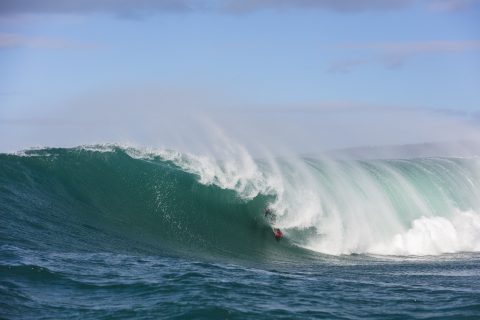 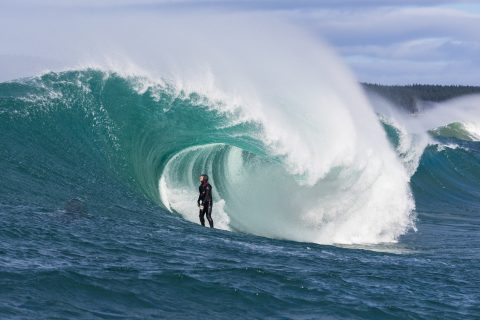 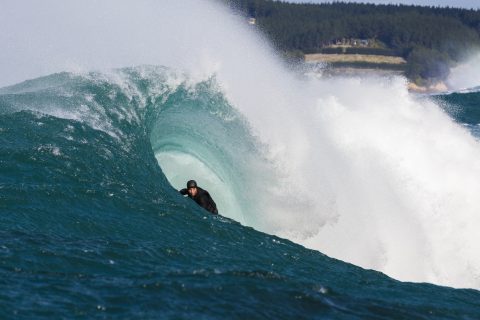