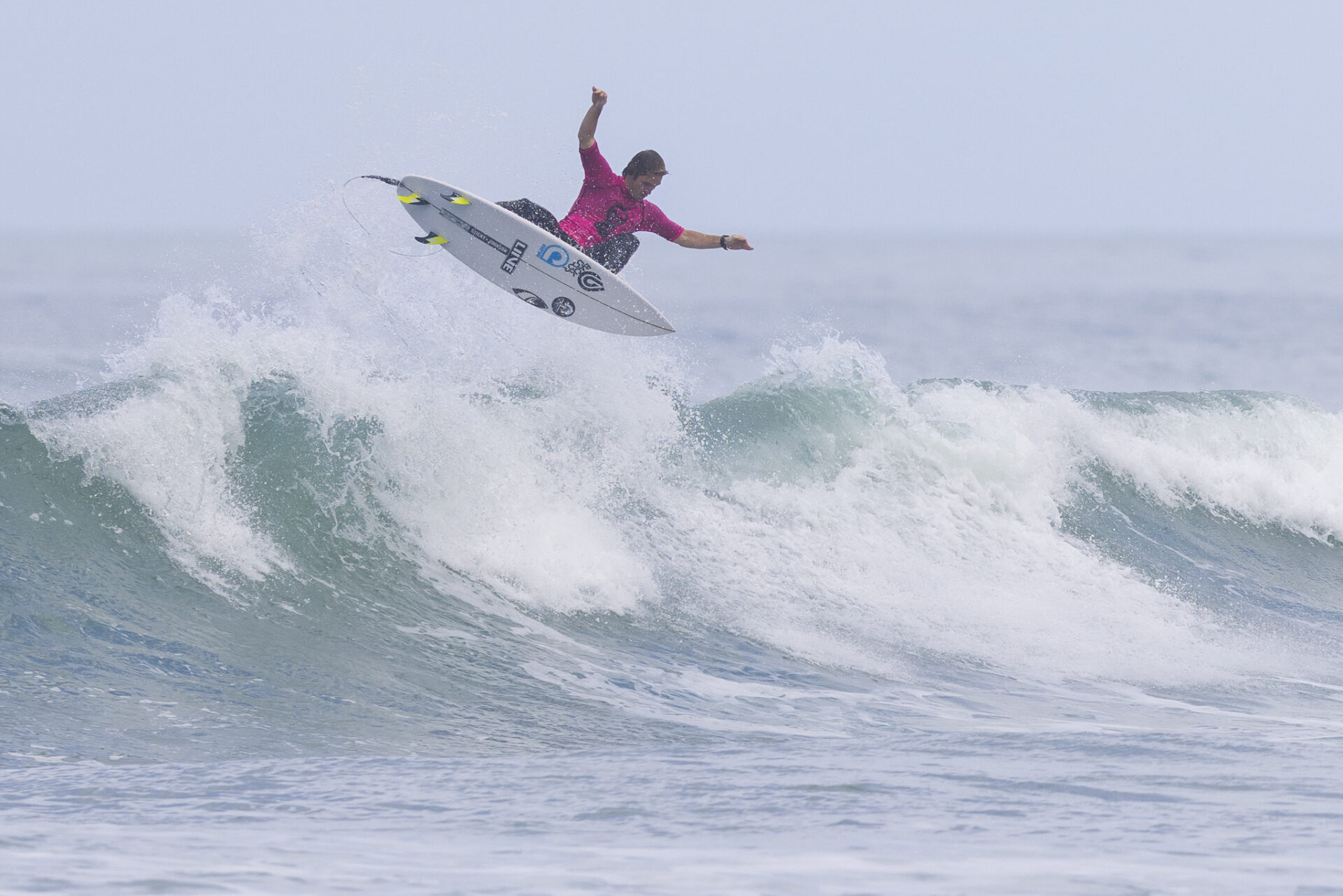 The Nats for 2023 have started at Piha with fun 2-3 foot waves providing some quality contest conditions. After two days of competition here’s our pick on the likely candidates for the 2023 titles.

Even in the first few days of competition it is clear there are some favourites emerging and some hunger on the line.

The trio everyone is watching with intent includes defending champion Daniel Farr, Olympian and eight-times national champ Billy Stairmand and Raglan’s quiet achiever Caleb Cutmore. All three have an impeccable air game on tap and can lay down some power carves when required. They all blitzed their first and second round heats.

Unless something goes awry, then those three are likely to make Saturday’s final.

The big question is who will be joining them? There are many capable of rising to the occasion.

Taranaki’s Tom Butland has his hand up. He’s hit a whole new level with his surfing and has the ability to go big, hit the air and link up his powerful approach. If the swell is north of three-foot then he’ll be hard to beat.

Then we have Tim O’Connor who splits his time between Canggu, Bali, the Gold Coast, Australia, and New Zealand. He combines power surfing with superb flow and will be a challenger if the waves are big enough to provide him a canvas.

We can’t leave out local favourite Elliot Paerata-Reid. He’s missed a few Nationals over the years – and he won it the last time he tried back in Dunedin in 2020. He has the support of a vocal group of supporters and looked impressive in his early heats.

Taylor Hutchison has also stepped his game up in Piha with an inspired vertical attack and linking quality turns in his early heats. The more confidence he gains, the more dangerous he becomes.

Local surfer Dune Kennings is also capable of making a play. He knows the waves here intimately and will be looking to navigate through his quarters and semis to book himself a finals berth.

Kalani Louis may be the youngest in the Open Men’s, but he blitzed his first match-up and finished just short of Raglan’s Kora Cooper in his second round match-up. Both these surfers have nothing to lose and will be formidable through their finals heats. Equally so will be Jarred Hancox, of Taranaki, who just keeps getting better and better each season.

And really when it comes to finals surfing in the Open Men’s any of them could find the motivation to step up. The remainder of the field includes some big-hitters: Kane Rowson, Jay Piper-Healion, Leon Santorik, Tom Robinson, Tai Murphy … it would be hard to be comfortable with any of them in your heat. 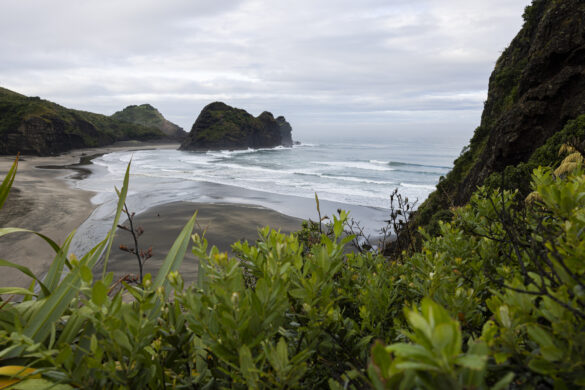 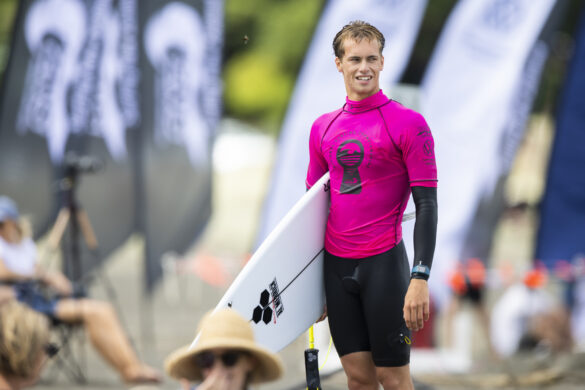 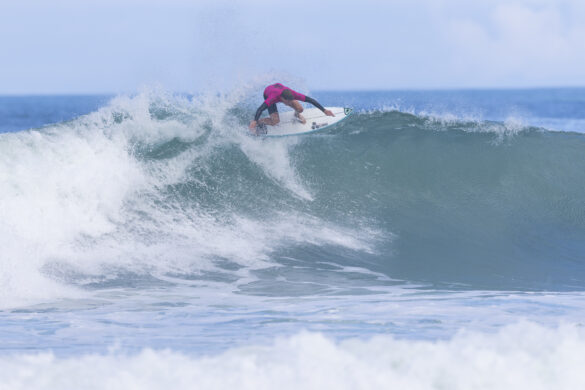 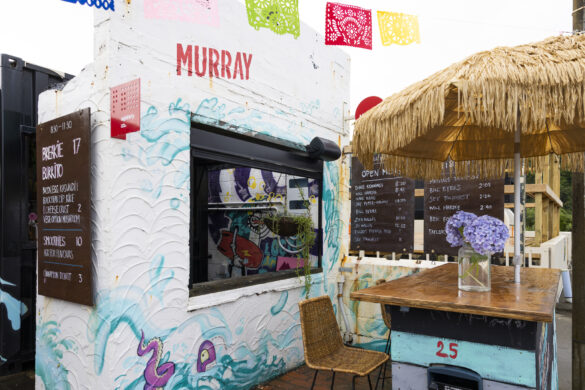 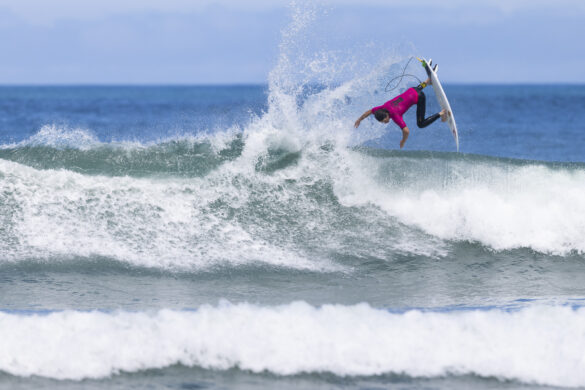 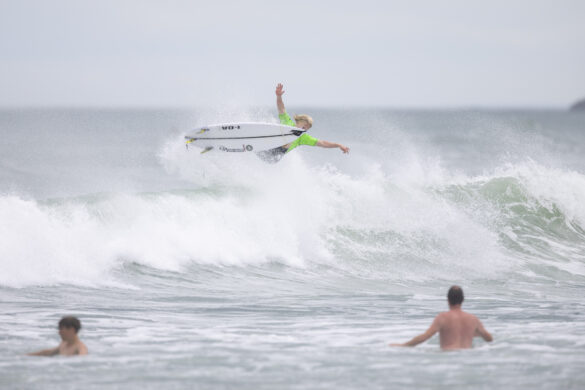 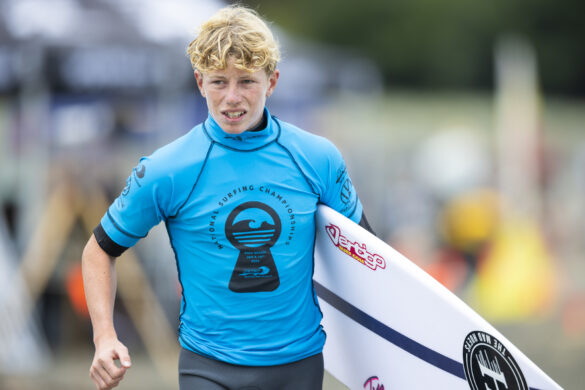 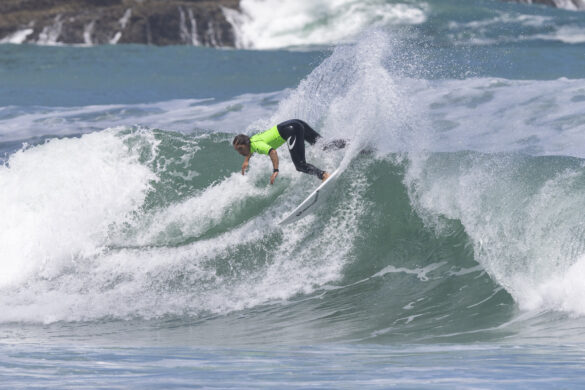 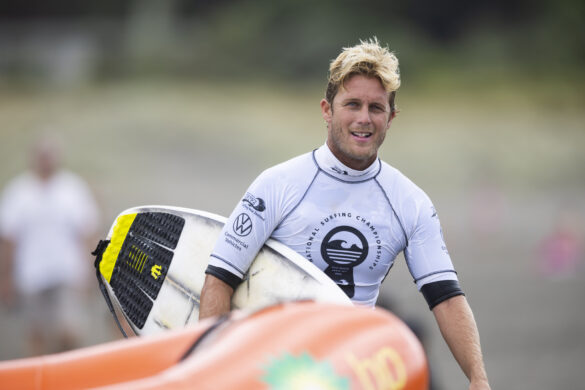 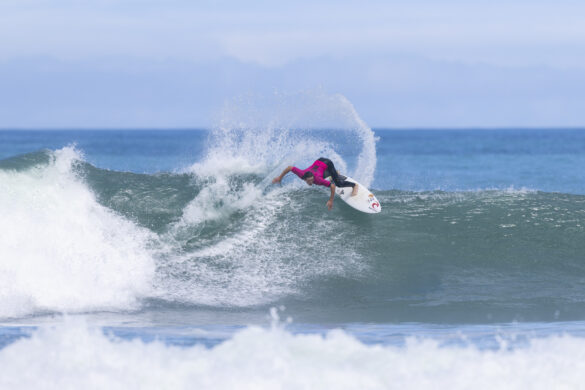 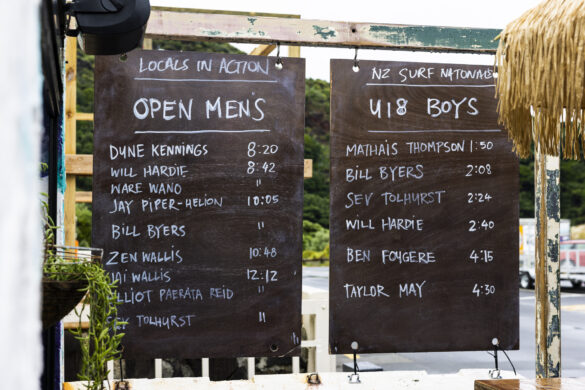 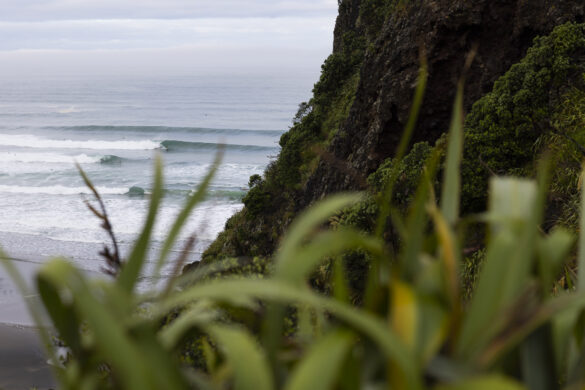 In the Women’s Open it is Aussie-based New Zealander Tayla Green who has everyone on notice of her intentions for the title. She posted the highest heat total in the opening round of the main contest with a 16.65 that saw local favourite Gabi Paul knocked out.

Natasha Gouldsbury posted the next best score to signal her interest in the top step of the podium. And behind them are a slew of young surfers all capable of posting some incredible wave scores. Alani Morse, the Groube sisters, Chloe and Lola, Pia Rogers, Maya Mateja and the Brock sisters Anna and Sophia, all have the ability to crack the premier women’s division wide open.

The upsets tell the tale: Brie Bennett has been sent packing along with Gabi. Local super charger Leia Millar has also been eclipsed along with Elin Tawharu and Asia Braithwaite, and Amarnie Barber. That list in itself could have been a semi-final lineup on any other day.

Finals are expected to take place this Friday and Saturday (January 13 and 14) with a forecast southwest swell of 1.9m on Friday dropping to 1.4m on Saturday with light favourable winds all day.