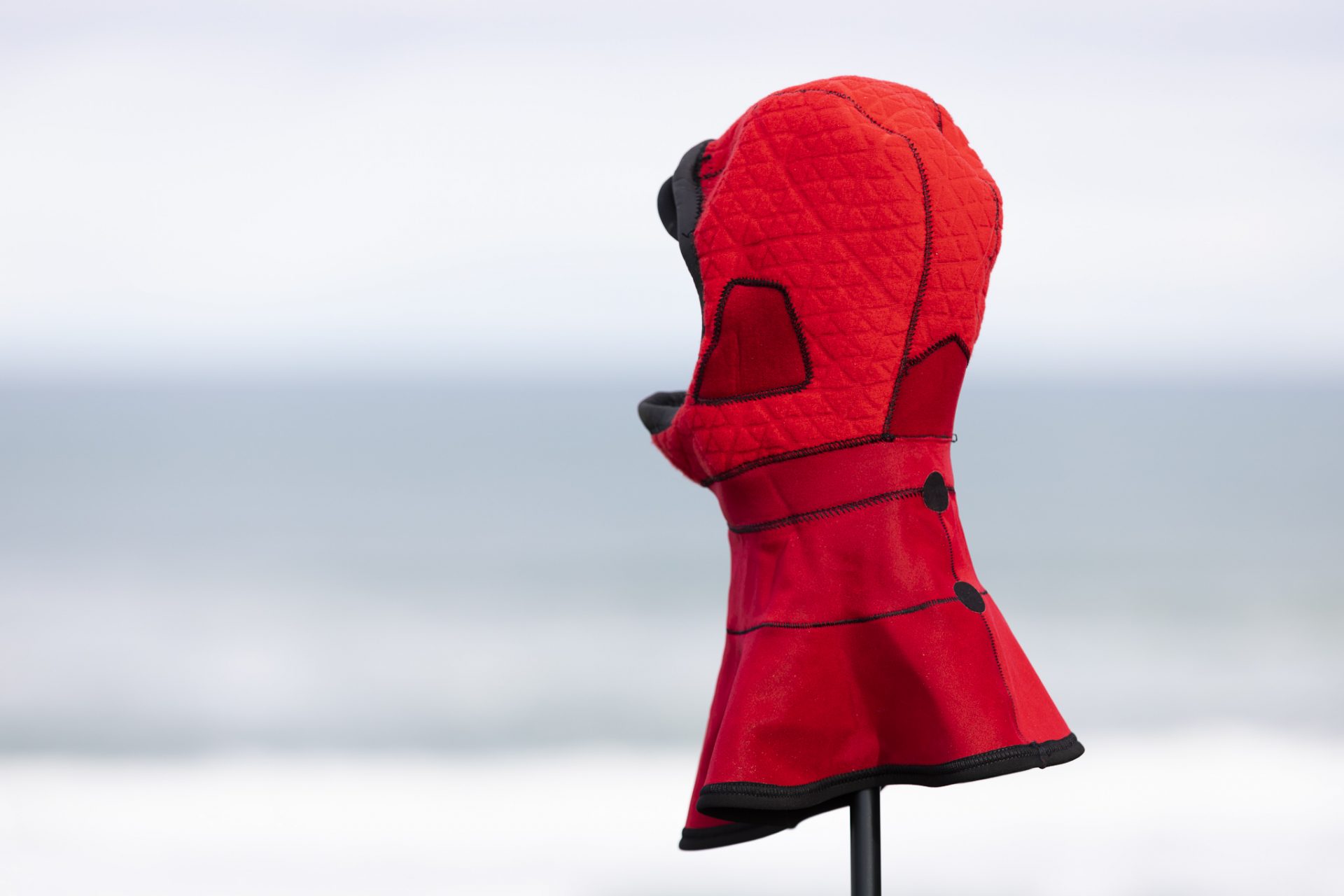 Some of the design elements of the Quiksilver Highline Plus 2mm hood have tackled the biggest issues most surfers have with pulling on a hood for winter. These features stand the Highline Plus hood head-and shoulders above conventional hoods.

In our experience, most of the hoods out there only do half the job. We actually gave up on them and have only bought hooded vests for the past 12 years. But not everyone likes to have a vest stuffed into their wetsuit – especially on the shoulder seasons of winter when the extra warmth isn’t always a plus.

So when we discovered Quiky’s Highline Plus 2mm hood we were instantly attracted to one particular part of the design – the flange that extends down from the collar. With a conventional hood the neck often gets exposed as you move around and allows water to flush into your wetsuit. In cold water climates any flushing is a shock. With the inner flange on the Highline Plus tucking into the shoulders of your wetsuit you add the first layer of seal, which is then bolstered when you fold down the outer layer over the collar of your wetsuit. This creates a flush barrier that works really well. Full marks to the design team for adding such a simple yet glaringly obvious advancement to this hood.

Secondly, the Highline Plus has ear panels so you can still hear your mates and the environment around you. Again we reckon this is a simple and obvious advancement that has been executed superbly. The wind is kept out, while the warmth is kept in and the ability to hear is maintained. Brilliant.

The red material on the inside of the hood traps heat in and feels soft to the touch, making it nice and comfortable to wear. Glued and blind-stitched seams eliminate any pressure points. We like the inclusion of a small peak to help keep spray and wind out of your eyes on those offshore days.

The traditional cinch cord has a sturdy enough lock on it and didn’t catch like some can when the join gets snagged. The extra cord that is pulled through isn’t in a bad spot, but we’d love to see a design that eliminated it altogether.

Overall, we reckon this is a great addition to any cold water surfer’s kit. The Highline Plus’s thoughtful design makes the decision to wear it a lot easier and that translates to more comfortable surfs no matter what the winter is throwing at you. At $84 it is about 30% dearer than conventional hoods, but we reckon it does the job significantly better. For us, it’s the best non-vest hood we’ve used. 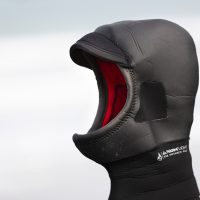 A couple of key design features make the Highline Plus hood from Quiksilver standout. The first is the flange design that allows you to tuck the first layer under your wetsuit and with the second outer flange, eliminate any chance of flushing. The suits we tested this hood with were prone to flushing and the hood, when tucked in carefully, actually prevented that from happening. The second cool design feature is the specific ear panels that allow you to still hear, while retaining warmth and creating a wind barrier. The attention to detail on the rest of the construction makes this a pretty awesome hood that would be at home in any cold water surfer's kit.