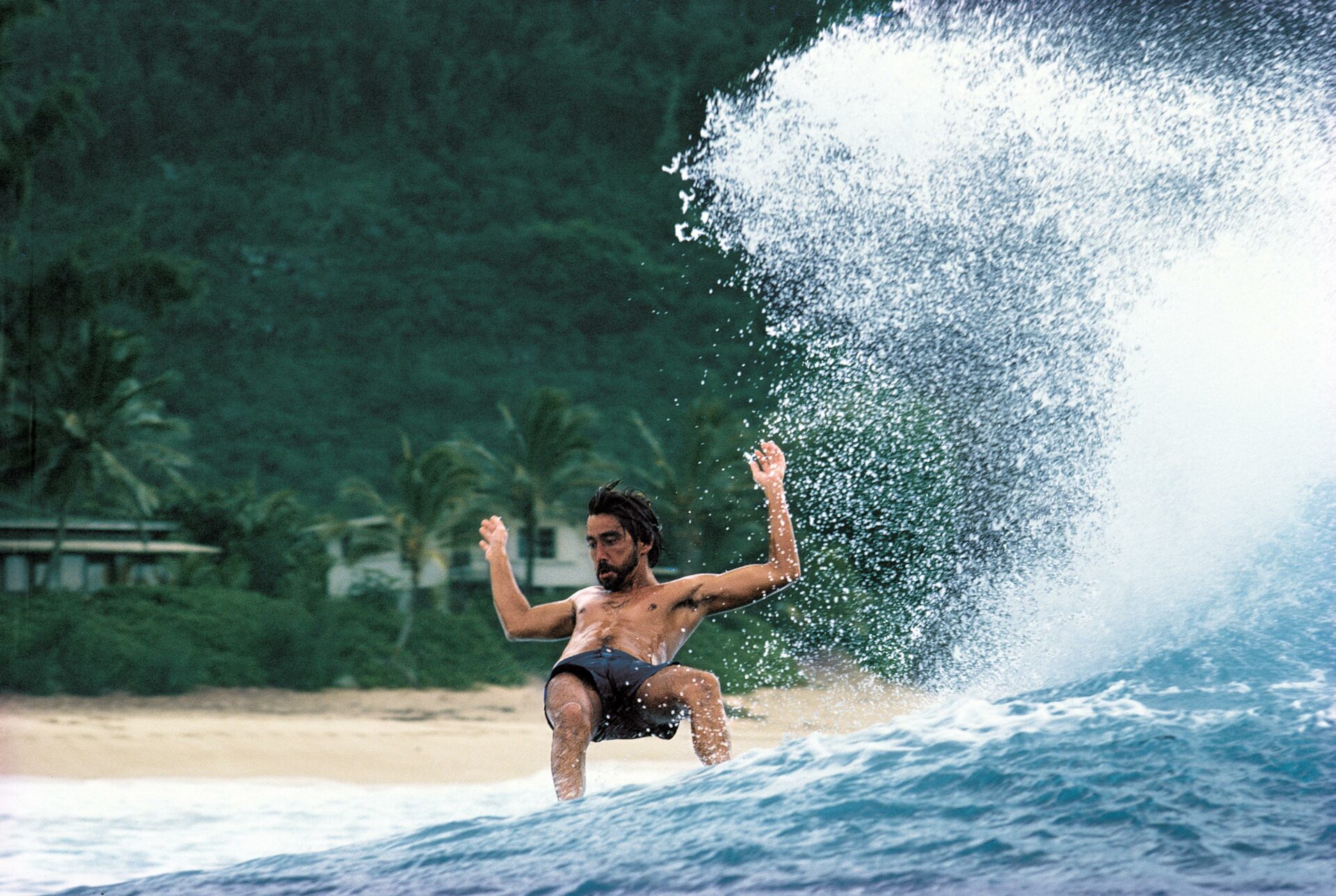 Combining the talents of filmmaker Stacy Peralta, with the inimitable Gerry Lopez is a recipe for success. The Yin & Yang of Gerry Lopez explores the life of one of the most influential surfers and surfboard shapers of all time. Gerry is presented as an entrepreneur, a family man, a movie star, and a lifelong yogi, who was instrumental in bringing surfing to new frontiers. Writer and filmmaker Isaac Chadwick, of Bask, brings us this review of the film. 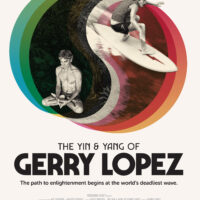 I’ll be completely honest, my knowledge of Gerry Lopez going into this film was subpar at best. I knew he was called “Mr. Pipeline”, that he’s an absolute icon of surfing, his boards have that iconic lightning bolt and that he’s a very mellow, chilled out dude.

I remember in particular during this year’s Pipeline Masters, they brought Mr. Pipeline himself onto the broadcast via video call. They began asking him your standard slightly cringeworthy WSL questions to which Gerry simply sat there smiling, happy, not answering a single one of their questions before he abruptly shut off his camera.

However, beyond these little tidbits, Gerry’s life and accomplishments were more or less unknown to me. Enter The Yin & Yang of Gerry Lopez. Directed by legendary skater, surfer, filmmaker and former Z-boy Stacy Peralta, the film takes us on a journey through Gerry’s extraordinary life featuring insightful interviews from those who have had the privilege of working with him throughout various stages of his career. However, for the majority of the film Gerry serves as our primary narrator as he takes us through his life journey.

During this year’s Pipeline Masters, they brought Mr. Pipeline himself onto the broadcast via video call. They began asking him your standard slightly cringeworthy WSL questions to which Gerry simply sat there smiling, happy, not answering a single one of their questions before he abruptly shut off his camera. What a legend.

One thing that struck me while watching was the film’s rawness. While it would be rather easy to assume most of Gerry’s life has been as laid back and calm as his demeanor is, this is not the case. Gerry was a scrapper when it came to getting waves at Pipeline and if you were unfortunate enough to take off on a wave that Gerry also wanted you might as well give up because he was going no matter how long you had been waiting for it. It’s refreshing to see a film such as this not leaving out any details in order to make its star appear as this perfect individual. There are two sides to Gerry Lopez, the Yin and Yang if you will, one of the calm, centered individual and the other of the scrappy, highly competitive man. We are shown that Gerry happily flows in the middle of them, conforming to neither side, instead effortlessly flowing in and out of each.

The film is quite inspirational in parts, in particular towards the end of the film where we see Gerry attempting to master the art of foil boarding just two days after his 70th birthday. He falls, falls again and then proceeds to fall several more times before eventually managing to get on his feet in his attempt to master the craft. It is a very humanizing moment that tells us that picking up a new skill is never easy and will also require hours of practice even if your name is Gerry Lopez. However, it is also inspirational to see a 70-year-old man picking up new hobbies and attacking them with such determination you would be mistaken for thinking he was still in his mid-20s.

I won’t spoil the rest of the film, but those of us who, like me, are not as well educated as they should be on the guru that is Gerry Lopez, you will be rather surprised and enamored at the places and people Gerry has been apart of in his life. You’ll also enjoy some of the activities he has taken a part in outside of surfing (Hint: he once worked alongside Arnold Schwarzenegger).

All in all, The Yin & Yang of Gerry Lopez is a very polished, well put together film that sufficiently covers Gerry’s life and gives us insight into the man whose name has become synonymous with Pipeline. Even if you would call yourself an expert on him, I would still recommend you go and watch it, you might just learn something even if it’s not about Gerry. 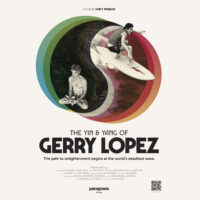 Movie title : The Yin & Yang of Gerry Lopez
Date published : 2022
Movie description : Gerry Lopez is as radical as he is Zen; he transcends categorisation. He’s one of the most influential surfers and surfboard shapers of all time, an entrepreneur, a family man, a movie star, and a lifelong yogi, who brought surfing to new frontiers. His influence on modern surfing is immeasurable. For the first time, his story is being told in full.
Director(s) : Stacy Peralta
Actor(s) : Gerry Lopez
Genre : Surf Culture
Isaac Chadwick

Isaac is a 21-year-old surf videographer/photographer from Tauranga, currently based out of Dunedin. Over the past several years he has worked with some of NZ's up-and-coming surf talent and has released several surf films documenting this scene.