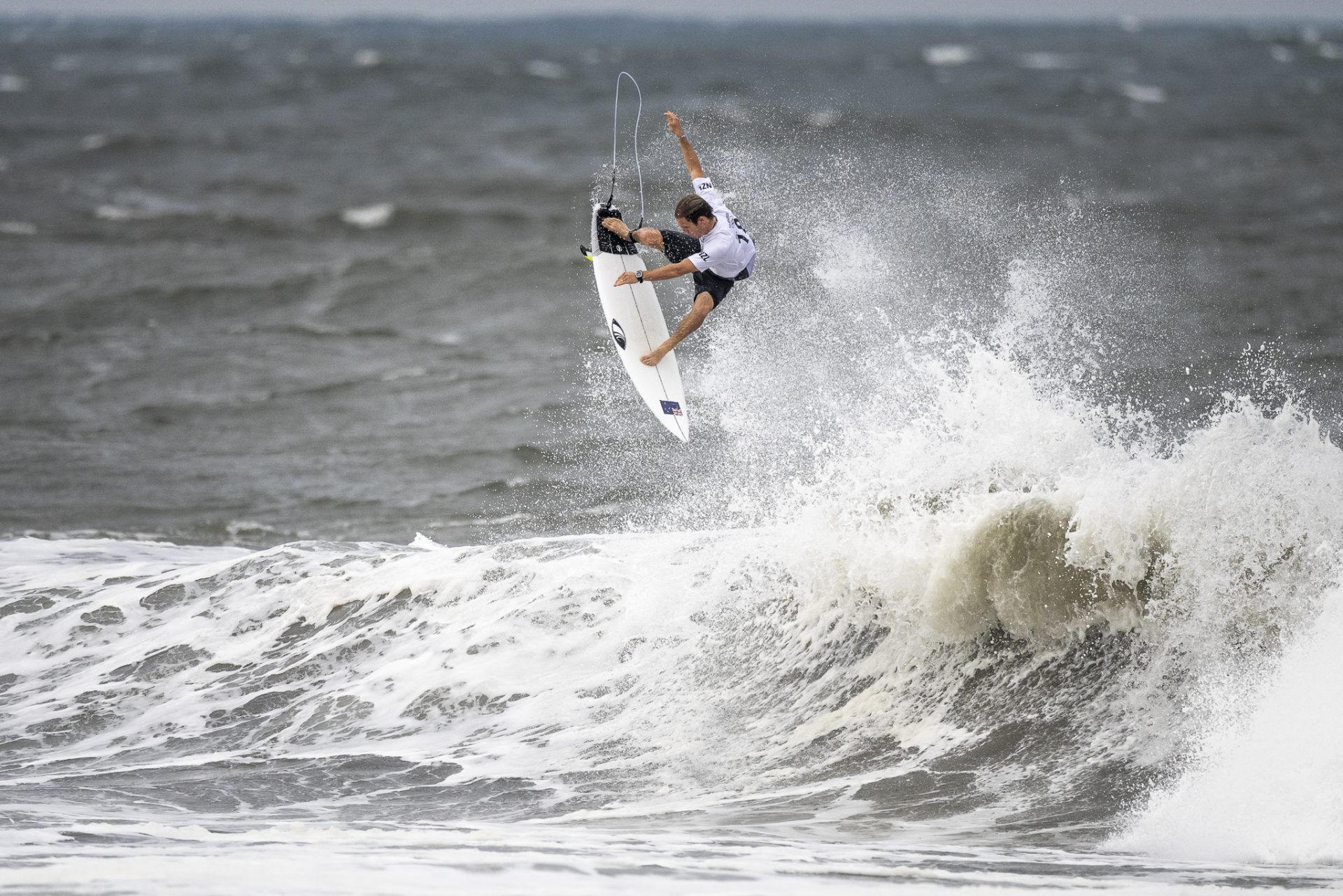 Billy Stairmand may not have made it past Round 3 at the Tokyo 2020 Olympics, but the way he took on Italo Ferreira in his man-on-man match was inspired. Stairmand never gave up and went hunting for that magic ramp that would bring him into line with the Brazilian world champ.

Still abuzz from making history at the Tokyo 2020 Olympic Games, Stairmand shares some insights with us … including that mega heat with eventual gold medalist Italo Ferreira.

NZSJ: Firstly, congrats on a great campaign and solid fight to the end against Italo. How has it been for you competing at the very first Olympic Games and what have you learned?

Billy Stairmand: This overall experience here during the Tokyo Olympic Games have honestly been amazing. It has been the best experience of my life. Getting to be amongst history alongside the best surfers in the world is the hugest honour. And I’ve hoped I’ve inspired a younger generation to go out there, work hard and chase their dreams.

NZSJ: That heat with Italo, how did you psyche yourself up for that? Throughout the heat you showed a new intensity – possibly the best we’ve seen from you and probably in the fight of your life. Run us through it from your perspective. How did you keep that fight up right to the end?

Billy Stairmand: Yeah, that heat with world champion and now gold medalist, Italo, was one for the books, that’s for sure. To be honest it was the least nervous I had been this whole event … I had nothing to lose. I wanted to come over here and give it everything I had and I think I did that all while enjoying it. I love surfing against the bigger names. It always brings out the best competitor in me. I truly believed I could beat anyone in that competition if I had opportunities. Unfortunately, the ocean has other plans sometimes and I can not control that. But man that heat is one I will cherish forever.

NZSJ: Is there some solace in the fact that your exit was at the hands of a gold medalist Olympian?

Billy Stairmand: (Laughs) Yeah, kind of. If it wasn’t gonna be me, then it has to go to the person who beats me right? At the same time it could have been me getting on a run and making it into the finals and battling for a medal. I do believe I gave it my all and I’m proud of that.

NZSJ: Do you feel the buzz of history there in what has been viewed as a very successful introduction to the sport at Olympic level?

Billy Stairmand: It is such a cool feeling knowing we have been the first surfers from New Zealand to compete in an Olympic Games. The action was high. The support was absolutely amazing from the whole of New Zealand. And our little team is so, so proud of what we have achieved.

NZSJ: How has the support been from New Zealand? And describe the team environment.

Billy Stairmand: The support from all the amazing people from New Zealand and around the globe has been absolutely incredible. The amount of heart warming and supportive messages I have had is so humbling and I can not thank everyone enough. I hope I did you all proud. Our team environment has been awesome also. It’s just the four of us on the surfing side so it’s been really nice and easy to communicate with each other and support each other. It has been the best experience ever.

I would like to thank everyone involved. The people behind the scenes making it easier for us to just focus on competing. Also all the support from everyone over this journey. It’s honestly been amazing hearing from you all. And we are all looking forward to be heading back and being able to see you all in person.

NZSJ: Did you get to party with Italo and Carissa?

Billy Stairmand: No, no partying with the champs.