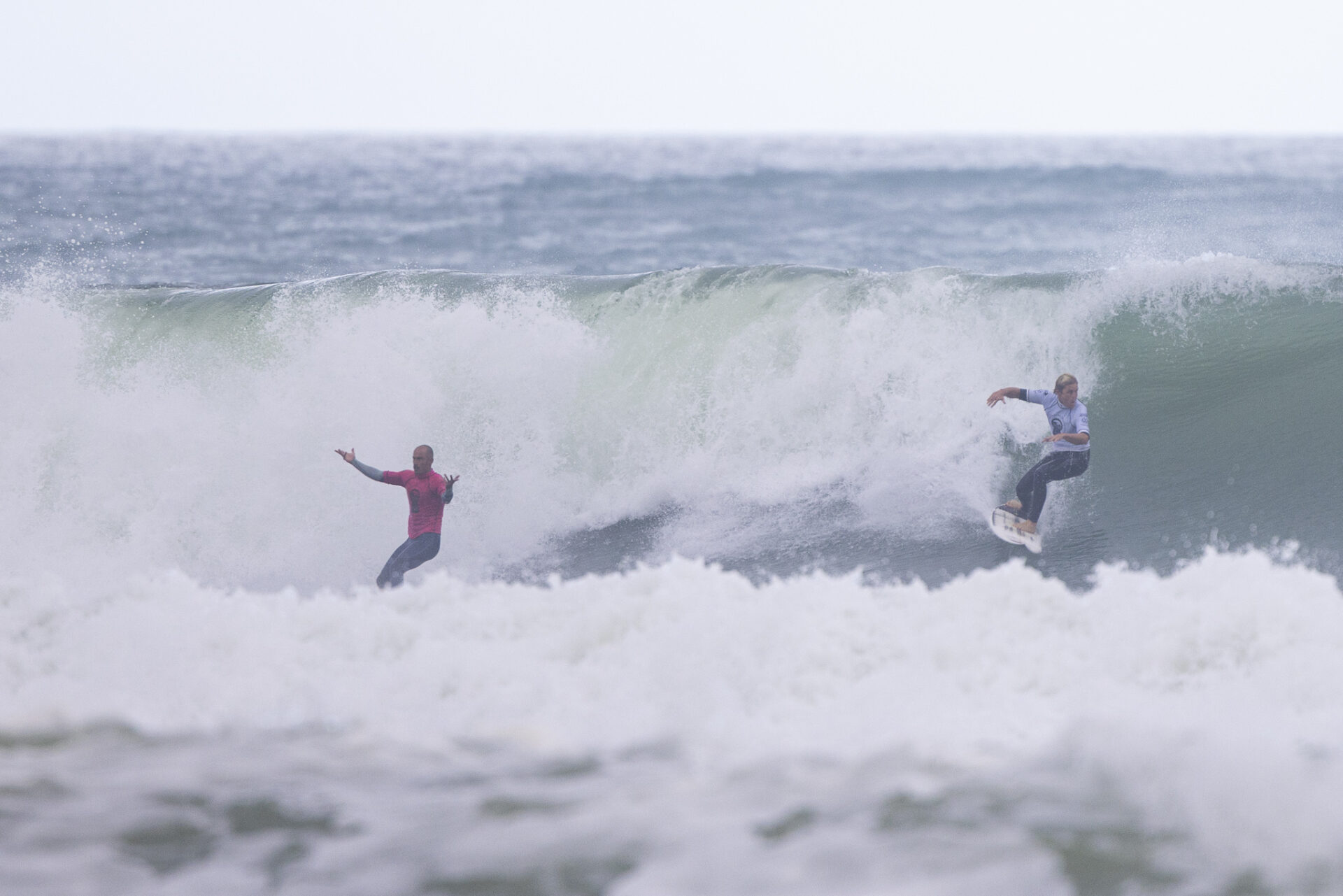 We’ve reached the finals day at the Nats for 2023 and, if the two Open Men’s semis from today are anything to go by, then we’re in for an explosive day at Piha.

Controversy surrounds the Open Men’s first semi-final with a priority glitch causing confusion in the middle of the heat. Dune Kennings paddled for a set wave only for Tim O’Connor to drop in thinking he had priority even though Dune had been waiting in the zone for longer.

Both surfers needed a score in the eight range. Tim got it. His score knocked Caleb Cutmore out of the top two by a 0.1 margin. Billy Stairmand was well clear with a 9.25 and a 9.70. 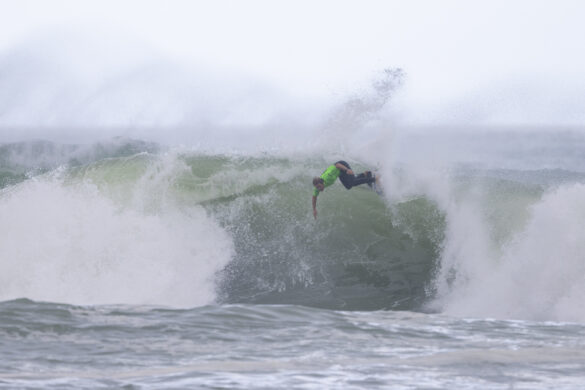 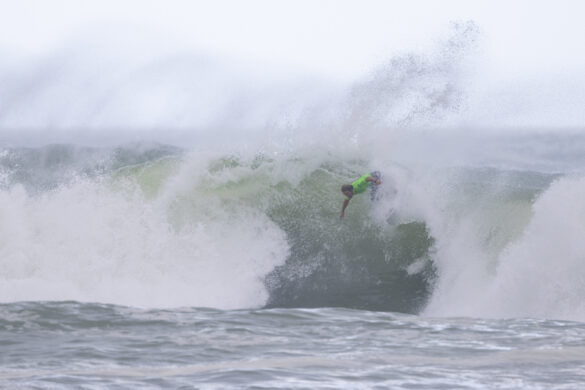 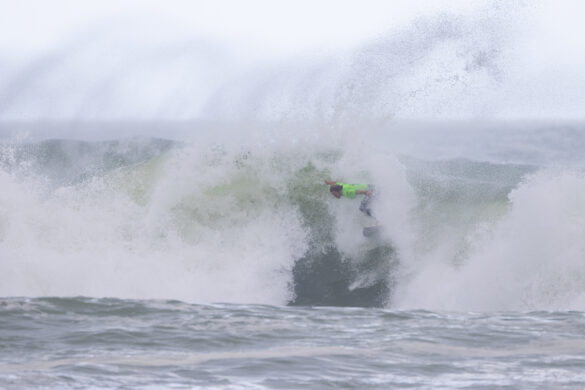 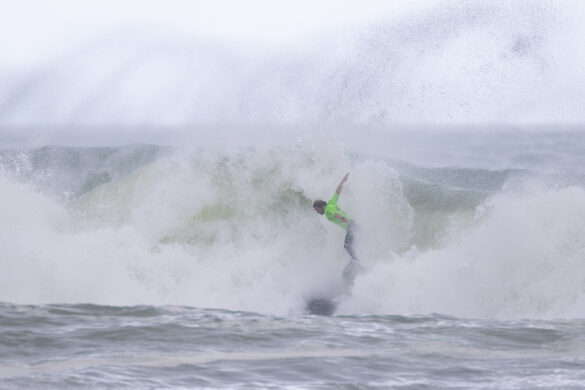 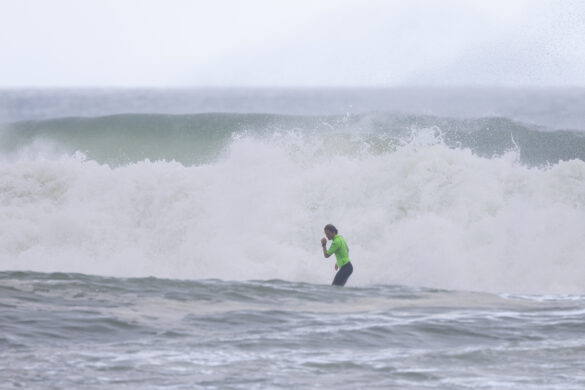 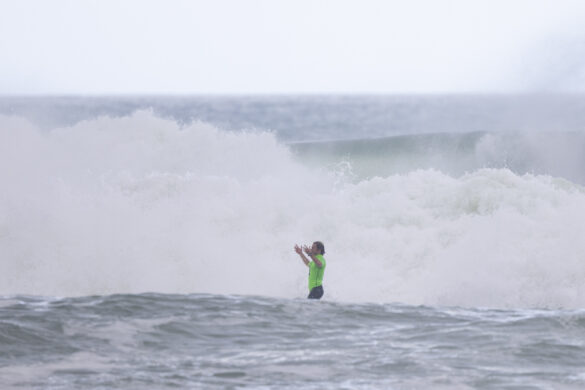 The judges had to deliberate over the issue after the semi-final and agreed there was a priority glitch. That gave the green light for a re-run between the bottom three.

Dune Kennings, Caleb Cutmore and Tim O’Connor will face off again at dawn (7:40am) on finals day. Not such good news for Tim, but a lifeline for Caleb and Dune as the intensity of Nats 2023 rises.

In the second semi-final of the day Taylor Hutchison and Tom Butland were sent packing (with a mere 0.40 spread between second and third) by a fired up Elliot Paerata-Reid and young blood Kalani Louis. Every time EPR took off on a wave the Keyhole Boardriders Grandstand would erupt and EPR seemed to rise to a new level. His smooth powerful surfing earning him a 9.25 with an 8.40 back up.

The Taranaki duo of Kalani Louis and Tom Butland were equally inspired. Their critical attacks of the lip putting everyone on notice and cementing that rise in Taranaki surfing another notch.

An in form Taylor Hutchison was equally as impressive and smooth today, as both semis were greeted by lefts that most would love to surf. Raw, punchy and with plenty of opportunity.

The exchanges in the semi-finals were so intense we could have been watching a final anywhere in the world. The level has ratcheted up and up … and that bodes well for finals day tomorrow.

In the Open Women’s semi final it was Aussie-based Kiwi Tayla Green who once again rose to the occasion with a 15.90 heat total in semi 1. She was joined by the young rising star Lola Groube who surfed out of her skin to despatch her equally young rival Alani Morse in some serious waves.

The second Open Women’s semi saw Natasha Gouldsbury surf to an early lead with Pia Rogers and Estella Hungerford left to duke it out for second. Estella showed early form, but without a second wave she was pipped by Pia in the challenging conditions.

Finals take place tomorrow (Saturday, January 14) with a forecast southwest swell of 1.6m dropping to 1.5m with light north east winds in the morning and south west by midday.

These Waters, Part One: A Film By Jono...