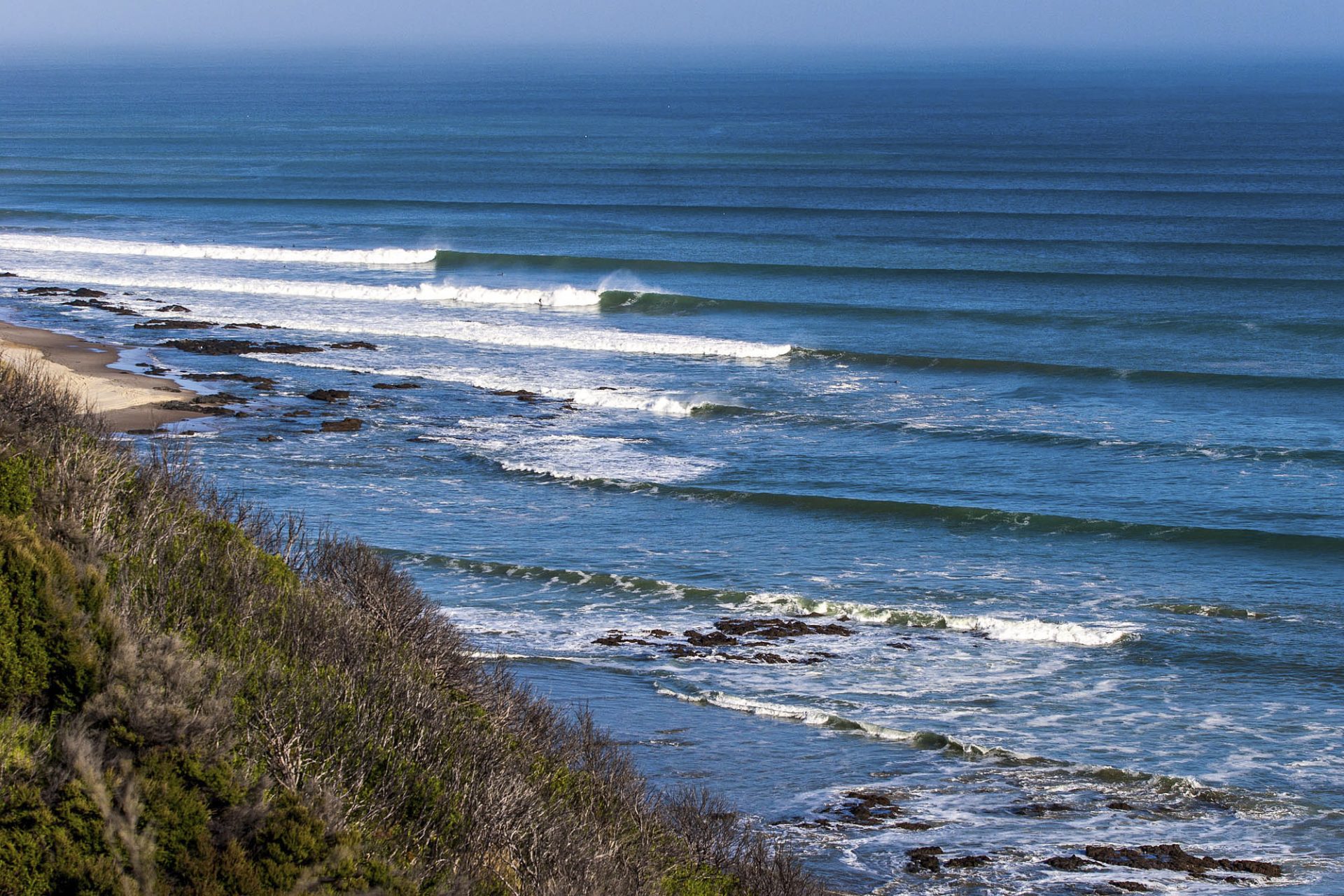 Kehu Butler stamps his mark on the 2020 Maori Titles, bringing his world-class surfing to one of New Zealand’s most iconic events. Set in a backdrop of Northland’s waves Butler is joined by Natasha Gouldsbury on the top step of the podium.

The event was completed in Te Tai Tokerau over Labour weekend. The final day of the event returned to The Bluff north of Ahipara. The surf had subsided a touch from day one with a solid 1.5 plus swell and offshore winds all day.

Despite Butler’s win, Ngai Te Rangi could only manage a runner-up finish with defending champions Te Atiawa victorious for the fifth straight year.

“This event means a lot to me and to stand up here in front of a number of Aotearoa surfing legends that my Dad has told me stories about over the years is special,” commented Butler at the poroporoaki referencing the likes of National Champions in attendance – Motu Mataa and Brent Hutchieson as well as Dwaine Mataa and Darren Kiwi.

“This event means a lot to me and to stand up here in front of a number of Aotearoa surfing legends that my Dad has told me stories about over the years is special.”

Te Awa surfer Levi Stewart, of Waihi Beach, finished in second place and was the only surfer to push Butler for the win after posting a high scoring ride in the opening minutes of the final and finishing with a 13.7 point heat total.   Kehu’s father Khan had to settle for third place in the final as he continues to hunt for an elusive win over his son. Josef Jungwirth (Ngai Te Rangi) finished in fourth place in his first Men’s Division Final.

Gouldsbury held on for the win in the Open Women’s Division with defending champion Zhana Hutchieson coming up short on her last attempt in the final. The Te Atiawa surfers shared the lead in the final before Gouldsbury went clear leaving Hutchieson with the runner-up finish.

“The Maori Nats is always one of the best comps for me, everyone is so chill – it is such a great vibe compared to some of the other comps. Everyone just has a good time,” commented Gouldsbury after the final.

“I was stoked to get the win off Zhana after she has won it for the last couple of years,” she added. “I have always looked up to her so it was cool to have the final with her. Well done to Brie for taking out the Under 18 Girls Division, too, she was ripping in that final.”

“The Maori Nats is always one of the best comps for me, everyone is so chill – it is such a great vibe compared to some of the other comps. Everyone just has a good time.”

Brie Bennett (Ngati Hine) finished in third after earlier topping Gouldsbury in the Under 18 Girls to claim the victory. Ngai Tahu surfer Jaya Reardon finished the final in fourth place to continue her strong recent form – coming off the back of a win in the Under 18 Girls at the National Scholastic competition a few weeks earlier.

Kora Cooper (Ngai Tai) won the Under 18 Boys Division with some tight backhand surfing in the final to post a 15.0 point heat total.

Local Te Tai Tokerau surfer, Indi-Lee Ruddell won the Under 14 Girls Division with some brave surfing taking on the large waves out the back.

In the senior divisions, it was Chris Malone (Mahaki) that came out on top in the Over 35 Men’s Division, defeating Motu Mataa (Taranaki), double finalist Khan Butler (Ngai Te Rangi) and Dave Lyons (Nga Puhi).

In the Over 45 Men’s Division, Darren Kiwi (Ngai Te Rangi) came out on top after opting to surf the outer banks and posting a 12.43 point heat total for a dying seconds win in the final. The Tamati brothers Dawson and Mitchell finished in second and third respectively with Luke Baxter (Nagti Awa) finishing in fourth.

Participants enjoyed some exceptional manaakitanga at Roma Marae, the event concluding with the poroporoaki and a hangi for everyone in attendance.

A total of 21 Iwi were represented at the event. It is the first time the event has been held in Northland in its 25-year history.   The Maori Titles has a unique feel to it with a mix of top New Zealand surfers as well as many who focus their attention on Labour Weekend as the only time they pull on a coloured jersey in competition.