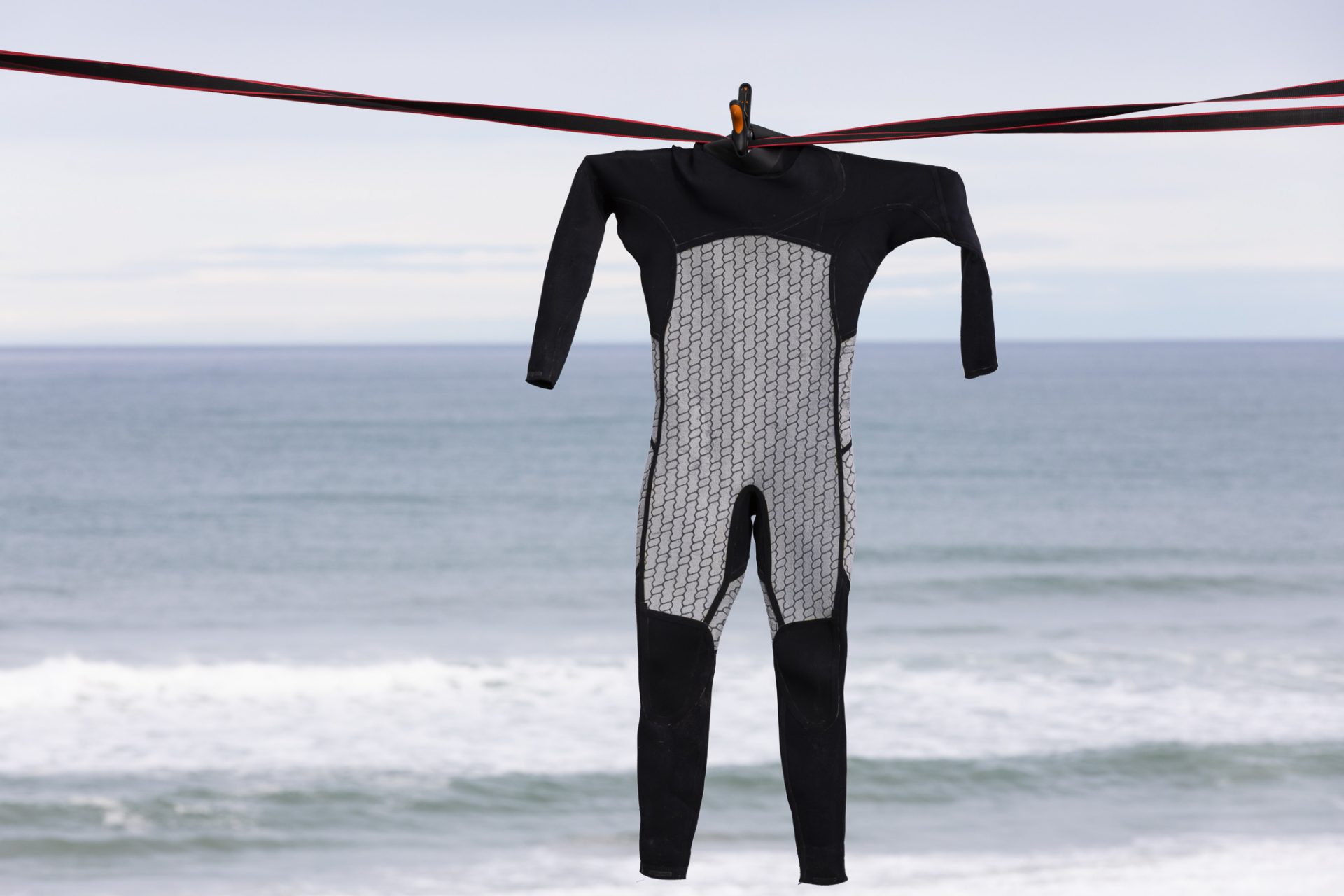 We were blown away by the value for money with our Need Essentials steamer produced by a company that prides itself on stripping away the costs of traditional surf wetsuit production. By minimising packaging, branding, expensive advertising campaigns and retail markups, Need Essentials is able to deliver a high-end adult steamer from as little as AUD$240 (NZD$252). So how do they perform? We’ve been testing one for the past 10 months. Here’s what we’ve learnt …

Firstly, Need Essentials is based in Torquay, Victoria, Australia, and they have a flat AUD$15 freight charge to ship to New Zealand. That is pretty cheap freight to send a bulky item like a 4:3 large-size steamer across the most expensive-to-ship body of water in the world. It arrived within a few day of placing the order.

Turns out our large size was too small. We returned it and within a few days received an extra large. It was a really simple process. Our confidence in Need Essentials was high. But could the product – distinct in its lack of insignia – still match it with the best?

Okay, so here’s where things get interesting. Need Essentials actually uses a special non-petroleum limestone neoprene (similar to the high end limestone-impregnated neoprene that Seventhwave uses). This is combined with a special fast dry thermal layer (that’s the grey weave above), seams that are glued, stitched and taped, sealed cuffs and a chest zip with an extra internal barrier. We’re talking all the elements of a high-end suit here.

So that’s all great, but does the lack of investment in marketing also extend to research and development? We were concerned the development curve on this one might fall off the cliff as wetsuit technology continues to surge ahead. Wrong. Need Essentials dispelled that theory when they released a coldwater film showing their testing and development team in action. And then we discovered that the suit above, which we bought for AUD$260 now has two versions: an AUD$240 option, the Premium Thermal Chest Zip 4:3 and an AUD$300 option called the Ultra Premium Thermal Chest Zip 4:3. The main difference is the thermal material on the cheaper suit is a different type and the more expensive one uses more of the thermal lining that ours uses, extending down to the legs as well. That leads us to believe that our suit would suit right between these two on the tech and price scale.

But what is it like to surf in. Great question. It feels like a lot of rubber. We’ve experienced it before with limestone-based neoprenes that have a closed cell and therefore retain more of their expanded shape. This gives them what can only be described as a “stiff and bulky” feeling. The upside of that is that they don’t let water into those cells and therefore offer more buoyancy while not absorbing as much water over the longer term. Have you ever noticed how, after a few months of use,  your wetsuit gains weight during a surf? That’s the water entering the cells in the neoprene. They start to take a very long time to dry also. Not so with limestone-based neoprene. We have a high-end Seventhwave suit on test that is still waterproof more than five years later – that’s the neoprene tech at play.

The stiff feeling doesn’t make this the most comfortable suit, unless you’re heading out into a biting cold southerly with pumping waves. These are the conditions it was designed for and it thrives in them. The manufacturer claims 12°C as the lower end of the suit’s range, but we reckon with the addition of a hood and booties we’re still pretty toasty in 9°C water around Otago. Even with a wind chill as this rubber tends to resist the air temperatures a bit more than a normal suit. All the seams are glued, blind-stitched and taped and we haven’t noticed any major hotspots yet, other than some rubbing around the neck.

Flexibility wise this suit isn’t probably aimed at competitive surfers – it just doesn’t have the freedom of movement of something like the O’Neill Hyperfreak, which we tested recently, but for the weekend and after work warrior we don’t think you’ll notice a huge impact on your surfing performance.

The build quality is actually very good with the Need Essentials. All the taping is smooth, the glue hasn’t discoloured or let go anywhere and the material seems to be very robust so far. We’ve grovelled over rocks and abused this suit like any good Kiwi surfer would and it just bounces back. It has cuff seals and we always prefer a suit to have these although we have had the odd flush up an arm or a leg.

The chest zip is a sturdy YKK number with an internal neoprene section to ensure a good seal and great fitment. The only let down is the cinch cord’s locking mechanism which struggles to get a grasp on the cord. We struggled to tension this and suffered the odd down the back of the neck flushing as a result. The suit is particularly prone to flushing when you’re bent over duckdiving and having a lip of water land on your back. Never a good feeling in cold water.

In saying that, we had quite a few surfs where it felt like no water entered the torso part of the suit at all.

Warmth-wise, and referencing that we are only into our first winter with this suit, it’s a very good performer. We’ve had some 0°C windchill conditions and, while we add a hood vest and booties for the depth of winter, this suit has maintained a comfortable level of heat.

Another bonus is that the suit dries really quickly – enough to accommodate two surfs a day in winter. While some suits hold on to water, this one seems to repel it and that helps its fast drying time.

The completely black suit is devoid of any logos. While there is a subtle “stick it to the big guys” sentiment in that, my teenage daughter didn’t think it had any fashion appeal. She described it as an “unremarkable dad’s wetsuit”.

Price wise, I think you’re getting a hell of a lot of wetsuit for the money. If I was on a budget and wanted a vanilla solution to my coldwater surfing problem, then I’d not hesitate.

The fact Need Essentials is trying to take an environmental high ground with their production and distribution practices is superb and should always be commended within the surf industry, which has a pretty questionable track record. It’s more than just a smokescreen for an emerging retail model of bringing neoprene and surfers together. But we have to question what it means for the industry. Does Need Essentials model mean less competitive surfers get sponsored? Does less surf media get funded through advertising? Is the marketing money that might be funneled into staging events that progress the sport and recreation suddenly turned off? Are we taking one step forward in manufacturing, but two steps back in the nourishment of surf culture.

Need Essentials’ owner Ryan Scanlon writes on his website that the concept is “to have less, but to have what is well made, what is premium, what is timeless and useful at its core. It is about having less stuff and more freedom”. 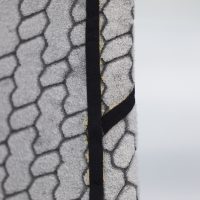 Our Need Essentials Thermal 4:3 Steamer has surprised us with the level of its build quality considering its price point. Sure, there are no badges or marques to signify allegiance to a particular club here, but what you get is a solid wetsuit, built superbly and with coldwater surfing at the heart of its conception. Serious competitive surfers won't be scrambling for it, but for the rest of us this wetsuit is well worth considering when looking for a value for money winter suit that doesn't skimp on warmth. The Need Essentials philosophy is underpinned in the good of the environment and social aspects of surf retail. That's worth celebrating. Will our thermal 4:3 last beyond a handful of winters? That remains to be seen, but we're convinced the Need Essentials family won't rest on the laurels in the ongoing development stakes.