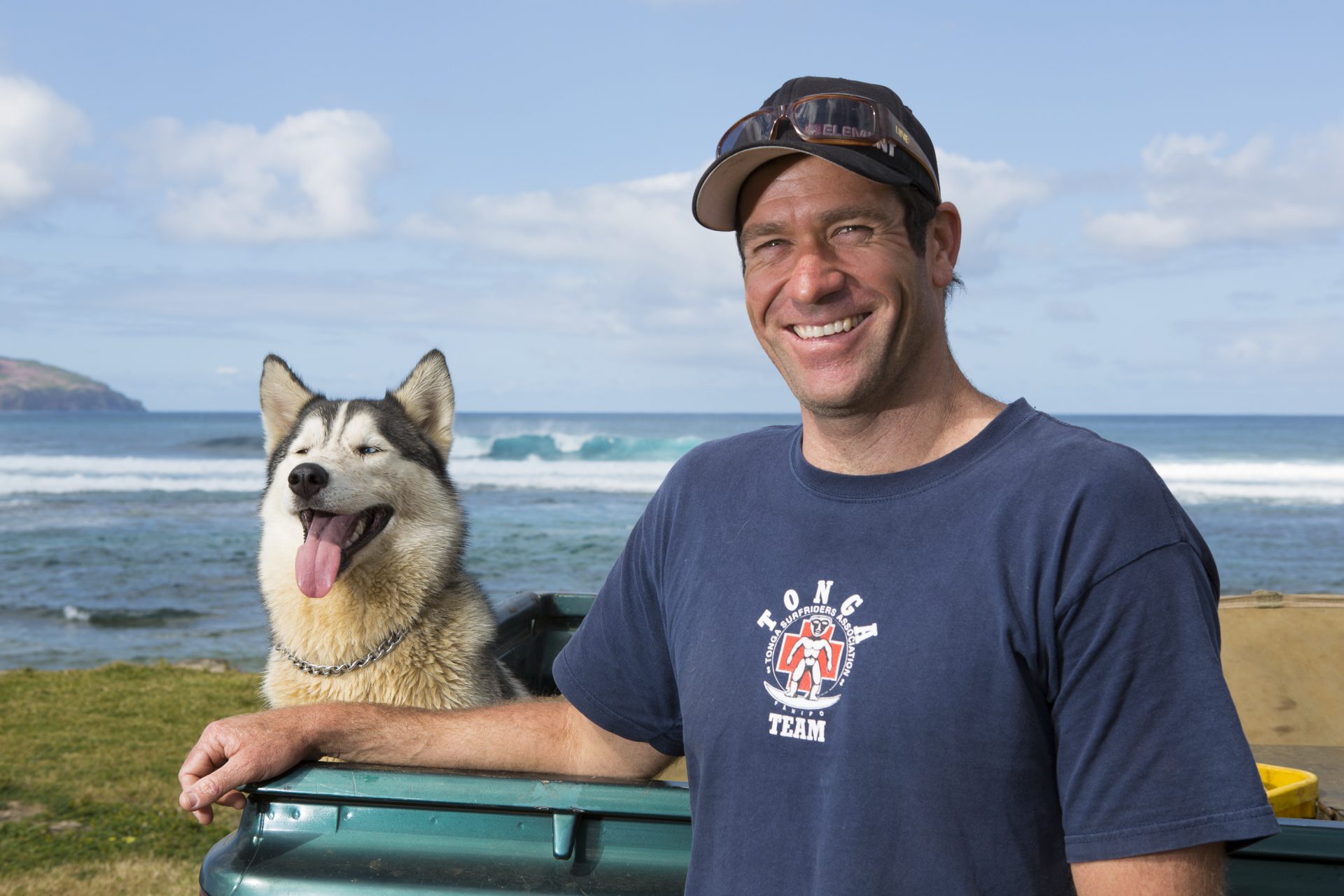 What is it about island living that sets a pace of life that is two parts relaxation, two parts lifestyle and one part work? Norfolk Island is a little rock in the South Pacific with exactly these values. It impressed us with its character, abundance of waves and an actual resident Gonad Man.

In the ’90s surf artist Mark Sutherland created a cartoon character called Gonad Man who lived a notorious life of surfing, women and adventure. He went to live on an island to surf perfect waves (among the other activities he developed a cult following for) for the rest of his days. It was every surfer’s utopian dream.

Well, I think we met the real-life version on Norfolk Island. Checking the surf at the reef, a wave across from the town’s lagoon, one morning we met the inspiring Brett Bergagnin. He’s better known as Bergs as. He shrugs off the idea, but something tells me he’s sublimely happy with his uncrowded life on the rock. Younger surfer’s described him as “the Kelly Slater of Norfolk Island” – he certainly knew how to surf a wave in the pocket and his bottom turns were a mirror image of Tom Carroll’s. Power surfing certainly isn’t forgotten on this island.

Bergs is a builder on Norfolk Island and drops tools at the first hint of the right wind grooming an open ocean swell at one of the many world-class waves that break around the island. Each has it’s own twists and nuances that come from having a 360° exposure to ocean swells and winds. Bergs is a master of them all.

There are only about 15 surfers and 15 bodyboarders on the rock, so they’re very welcoming to newcomers in the water. It feels a lot like surfing in New Zealand with the relaxed vibe in the water and lots of friendly faces. The prerequisite here is that the swells pack a lot of punch and can be a little merciless for the inexperienced. Barney Duffy’s is a classic – a steep climb down to sea-level and an exit barricaded by cliffs if you can’t punch back out when taking a wave too far.

And the lifestyle dial is turned right up. When we weren’t dining on fresh seafood (the fishing is insane), kayaking, exploring the national park, diving or mountain biking we were surfing across coral reefs and in beautiful rocky bays. We also met some amazing down-to-earth locals, including local photographer Zach Sanders (check out his Instagram, Stuck On A Rock right here) and his partner Emily Ryves.

Norfolk Island once thrived as a honeymoon destination and is frequented these days by baby boomers looking to retrace the steps of their heyday, but it’s also reinventing itself as an adventure destination. From a surf perspective, we reckon it has a certain charm about it. Consider this: it’s always offshore somewhere on the island and apart from Bergs and his mates, you’ll probably have the lineups all to yourself.

Ben Thouard: Inside Chopes With One Of The World’s Best Photographers