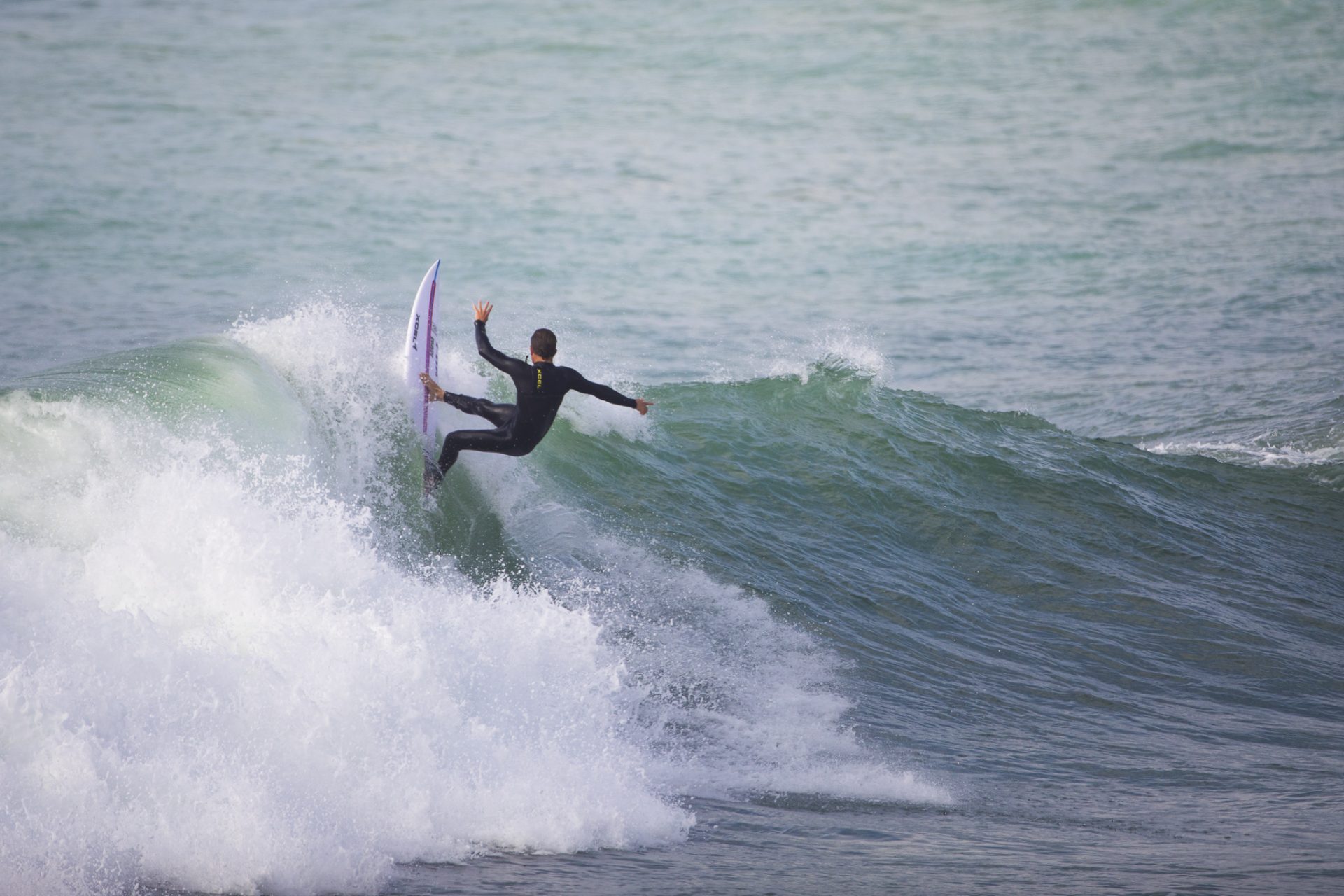 Surfing New Zealand selects country’s top surfers for the Sky Sport New Zealand Trials taking place in the lead up to the World Surf League Corona Piha Pro. This is an impressive line-up in the men’s and women’s competitions. Who is your money on?

The trials will take place on Sunday, March 15, 2020, one day ahead of the Piha Pro, which is scheduled to run from March 16-22. The top two males and females will be granted wildcards into the Corona Piha Pro. The wildcards will join Paige Hareb, Ella Williams, Ricardo Christie, and Billy Stairmand as Kiwis confirmed for the main rounds.

The New Zealand Trials will comprise a high-calibre sixteen-person field of New Zealand surfers for the Men and Women.

Taranaki surfer Daniel Farr goes into the trials as the top seed being the highest-ranked Kiwi trialist on the World Qualifying Series. Farr is joined by Gold Coast-based Gisborne surfer Korbin Hutchings and Raglan’s Taylor Hutchison as the top seeds.

Another Gold Coast duo in Tane Bowden and Kaya Horne join the ranks, Bowden having finished runner-up on the Australasian Pro Junior Series in 2019. Bowden then went on to place fifth at the World Junior Championships held in December.

Kiwi surfing legend Maz Quinn (Gis) returns to the competitive arena as the wildcard surfer for the trials while the local Piha surfing community will be cheering on two of their own surfers in Dune Kennings and Zen Wallis.

The field of female surfers is predominantly made up of emerging teenagers including new National Champion, 14-year-old Ava Henderson (Chch). Henderson will compete in the Pro Junior event prior to the trials where she will take on the top surfers from Australasia before switching focus. The young surfer shocked her opponents in Dunedin during January becoming the second-youngest surfer to claim the title.

Saffi Vette (Gisborne) is another teenager on the rise, commencing her first serious World Qualifying Series campaign this year. Late in 2019, Vette had two breakthrough performances with a sixth-place finish at the International Surfing Association World Junior Championships and a win in the final Pro Junior event of her career.  Vette will contest the WQS this year looking to climb the ranks to a point where she can qualify directly into other Challenger Series events.

The Trials event provides an excellent platform for New Zealand’s up and coming athletes to boost their careers. Gaining a valuable slot in the main rounds of a Challenger Series event means a chance to secure bigger qualification points on the World Qualifying Series. The Challenger Series events cater to the top 112 male and top 60 female surfers in the world.

Surfing New Zealand President, Chris Fougere was quick to praise the chance given to Kiwi surfers by the World Surf League.

“The Piha Pro Trials is a huge opportunity for our aspiring young surfers to join New Zealand’s best in the main event,” he explains. “We ensured that the trials formula comprised a mix of our future stars, top New Zealand-based talent and local surfers from the Auckland Region with multiple chances for surfers from around the country to qualify.”

The trials format will be four-person heats through to the final with first and second in the final securing the wildcards. The final rounds of the trials will be broadcast live on Sky Sport.

There is no doubt the selection is an impressive one, but it does include a couple of notable omissions with surfers like Bobby Hansen, Jai Earnshaw and Levi O’Connor – three of our most exciting free-surfers and, arguably surfing at their best right now, falling through the gaps in the criteria.