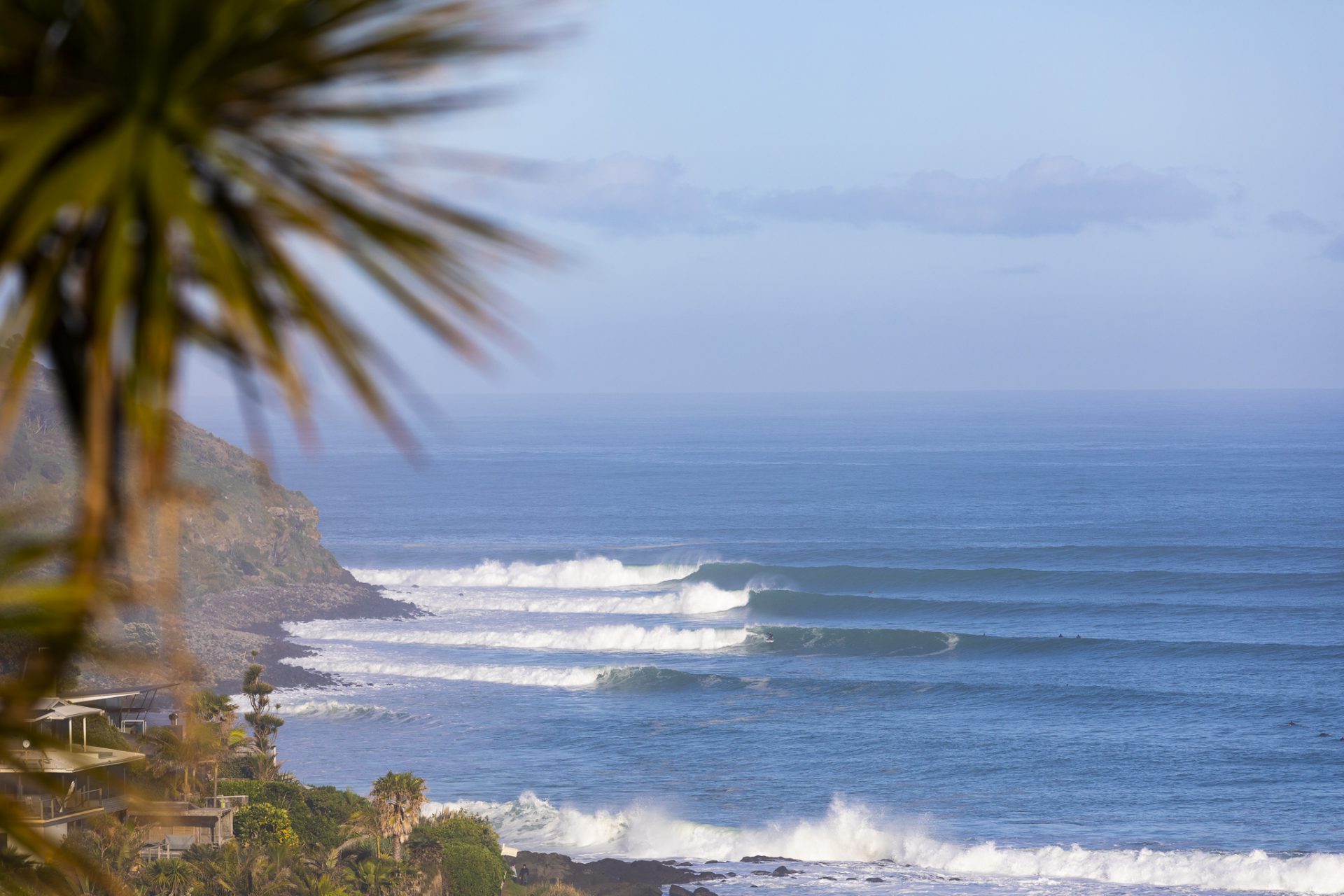 It is well-documented: only a surfer knows that feeling … of utter exhaustion after a session at Raglan. But just how much physical exertion is involved? We put that question to surfer and exercise physiology expert Dr Oliver Farley. Here’s the breakdown …

A surfer in a competitive heat at Raglan can travel between 1.6 to 2km in total. This is subject to the surf conditions such as swell period, surf size, currents, environmental conditions etc. Wave ride distances will vary also, but surfers can travel approximately 70m on a good wave and further (over 100m) on a wave that has a solid face and can be linked up on the inside section, too.

The actual energy used or calories burned depends on a number of variables including age, gender, height, weight, underlying physiological fitness, the amount of effort put into the heat, distances travelled, stress/pressure, heart rate fluctuations – there are many variables that can affect this. For an average athlete we could expect somewhere between 340-370 calories burnt in a 30-minute heat.

So what actually happens in a competitive surf heat? What percentage of the time is the surfer paddling and how much time do they spend sitting in water? Or actually surfing? Our research shows that the average surfer in a 20-minute heat will spend 53 percent of their time paddling, 28 percent just sitting there and 8 percent of their time will be spent surfing a wave. Here are the numbers:

Our research also revealed some information around the sort of speeds you can expect at a break like Manu Bay or Indicators. It’s subject to wave height and how the wave is breaking, but from our GPS and video observations a surfer can generate approximately 9-10kmh of speed for every foot in surf size (recorded from the back of the wave). Generally speaking, at Raglan we would expect to see maximum speeds between 35-45kmh and an average speed is between 20-25kmh.

Heart rate stats are subject to the variables mentioned above with calorie count, but our research shows that your average competitive surfer can expect to see an average heart rate of around 140 beats per minute and that can peak upwards of 180 beats per minute. These metrics are based on a 20-minute heat. In a heat of that duration we’d expect to see around 40 individual bouts of paddling. Generally, we’ll see longer durations of non-stop paddle bouts at an event held at Raglan, but around 60 percent of all bouts are performed for less than 10 seconds.

How The Stats Translate To Performance

A surfer’s speeds obtained and distances travelled on a wave are likely to dictate where they will place. Those with higher speeds and longer distances travelled are likely to win. This research highlighted a key physical requirement for surf athletes: the ability to perform repeated, short powerful bouts of paddling in order to position themselves and to catch waves.

Surfers lacking upper-body paddling power to catch the wave will likely hinder their scoring chances due to not being able to enter the wave with speed and commit to “catch” waves at a crucial take-off point. Therefore, with a higher entry speed the surfer can generate board speed quickly, thus allowing them to execute the first manoeuvres in the most critical section of the wave with greater speed and power to maximise scoring potential.

There are other key ingredients to winning heats, of course: surfers need fundamentally good leg strength and power – especially during turns and when landing airs. Strength and the ability for your leg to work like “springs” and having good mobility within the joints are paramount for surfing success.

Manu Bay is a high performing wave that rewards surfers who have a tool box or arsenal of surfing skills such as power, air game, critical turns and board control. This can be tricky given that the wave often lacks the raw power of the reef breaks. That makes it more important for the surfer to be able to find ways to generate speed and pick the right waves.

Even if you have no intention of becoming a competitive surfer, but just want to make the most of your session and strive to surf better, then these stats hold a few clues to what you should be focusing on. Get out there and put it into action.

Dr Olly Farley runs Farley Performance Training (FPT) and uses his 14 years of University knowledge (Bachelor of Sport, Coaching at Unitec; Post Grad Dip, Sports Science: at AUT; Masters, Sports Science at AUT; and PhD, Sports Science at Edith Cowan University) to help aspiring and elite athletes. He is one of only six people in the world to complete a PhD on surfing performance enhancement. Olly was the head exercise physiologist at the Hurley Surfing Australia High Performance Centre (2013-2016) and has worked with WCT and WQS professional surfers. Currently, Olly is the head Strength and Conditioning coach for Surfing New Zealand’s High-Performance Programme. Olly understands how the body works and what does and doesn’t when it comes to training and how to achieve results. Whether it’s through advanced strength and conditioning training, or basic fundamental work, Olly will help you to achieve your goals to surf better.