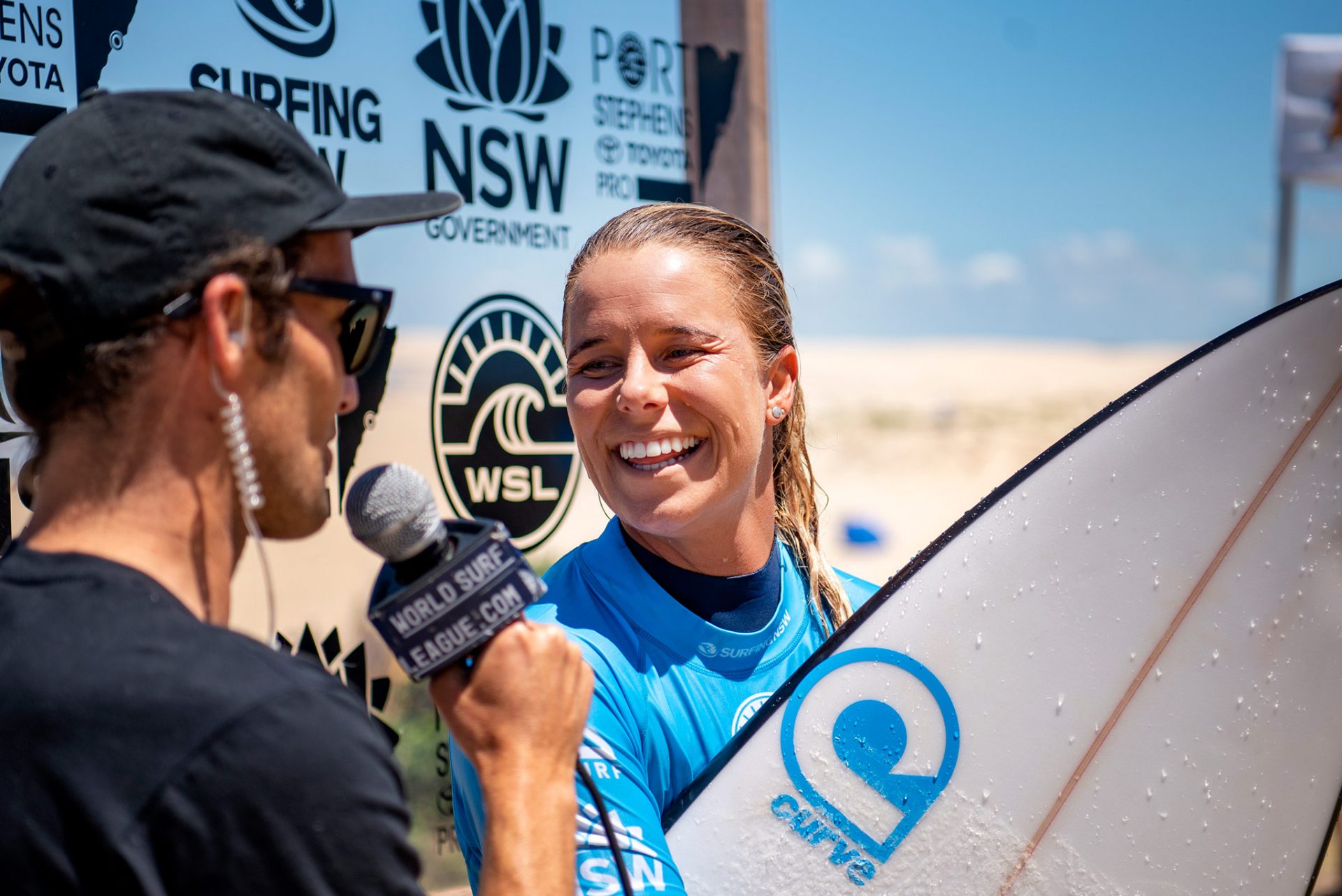 Birubi Beach has continued to deliver quality waves on Day 5 of the Port Stephens Toyota Pro QS6,000 as the fight for spots on the 2019 Championship Tour continued to reach fever pitch. It was a mixed bag of results as big names progressed into the finals, while others were eliminated leaving their fate in the hands of fellow competitors.

In 2018, Paige had already done the hard work on the QS alongside her Championship Tour campaign and came back to Birubi to solidify herself on the Dream Tour.  The powerful goofy-footer did that and more today.

“That was really fun out there today,” Paige said. “Although it’s small this bank suits the wave size and is way better on high tide and I seem to be getting all of the high tide heats. It felt great to post a big score like that and I hope it can boost my confidence. I’ve struggled to make a heat on the CT this year so now I’m safe for 2019. I want to go to Maui in a good head space and try to make a couple of heats. I’m just stoked that I’m back on next year.”