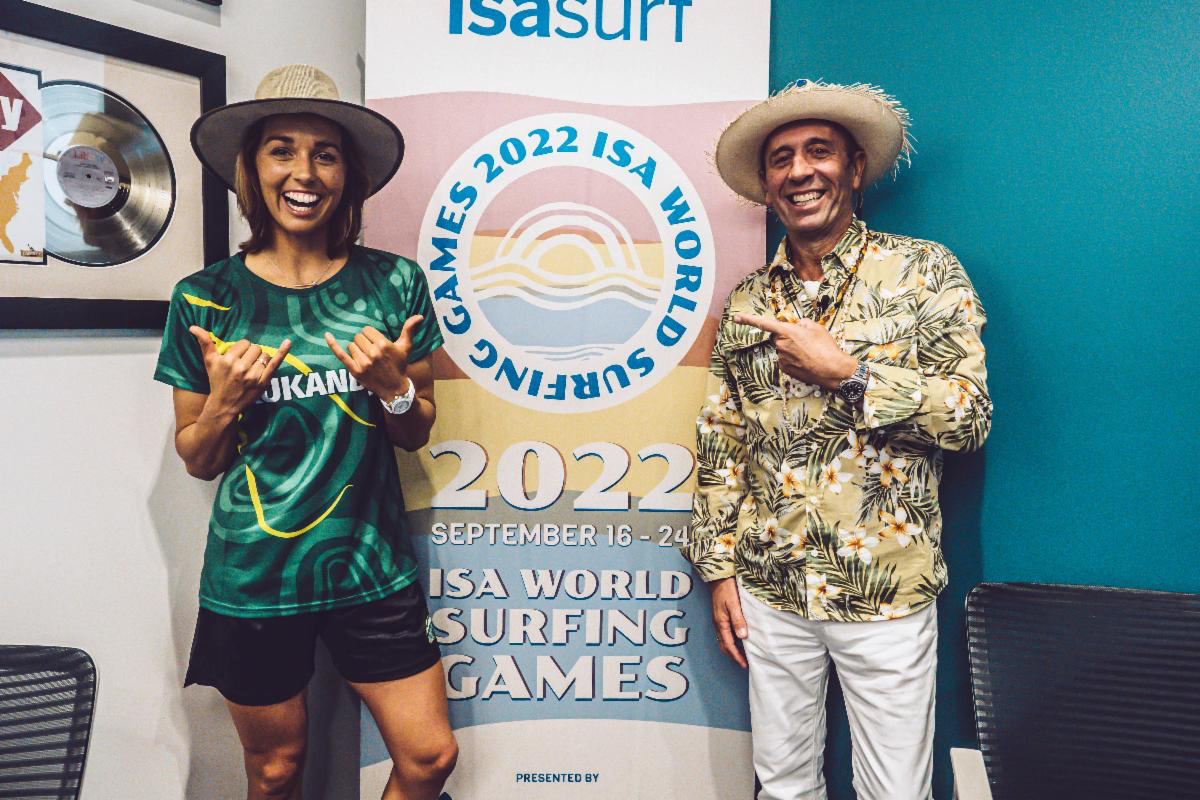 The inclusion of two leading surfing figures in the latest IOC Commissions highlights the positive and growing role of surfing within the Olympic Movement.

Within the IOC Commissions framework, Fernando Aguerre and Sally Fitzgibbons, alongside the other Commission members, will help steer the direction of the IOC by applying their individual sports expertise to make recommendations to the IOC President, the Executive Board and the IOC Session.

Aguerre joins the Olympism 365 Commission, whose mission is to maximise the positive impact of sport and Olympism in society, aligned to the UN Sustainable Development Goals. Aguerre had previously served on the IOC’s Sport and Active Society Commission for the past four years.

Australian Sally Fitzgibbons, who became an Olympian at Tokyo 2020 last year, has been appointed to the Olympic Programme Commission – and its membership has the responsibility of reviewing the programme of sports for both the summer and winter editions of the Olympic Games. The Commission is currently analysing the sports and disciplines for Milano-Cortina 2026 Olympic Winter Games and Los Angeles 2028 Olympic Games.

“I am very happy to continue to support the Olympic movement through my service to the IOC’s Olympism 365 Commission,” explains ISA President, Fernando Aguerre. “It is an honour to represent the ISA and the whole surf community at the highest levels of the Olympic world.”

“And the appointment of a world-class athlete like Sally is not only a recognition of her amazing personal qualities as an ambassador for our sport, but also the continued value that surfing provides to the Olympics.”

Aguerre said that he loved being involved and contributing to an area that was especially dear to his heart – maximising the power of sport, and surfing, to create a positive impact on the world we all lives on.

“I am very passionate about the principle of ensuring everyone – no matter where they live, or what background they are from – can enjoy sport and use sport to help humanity. And channeling sport to achieve social purpose in our communities – the essence of Olympism – is a mission also shared by surfers all over the world.”

Sally Fitzgibbons said she was stoked by the appointment to the Olympic Programme Commission.

“I’m looking forward to collaborating with all the amazing people on the Commission to work on a brighter sporting future through the Games,” Fitzgibbons smiled. “This is a huge thrill for me as I’ve grown up in a life of sport and working towards the Olympic dream. To now have a hand in shaping that dream for the next generation has me riding a new wave of inspiration.”