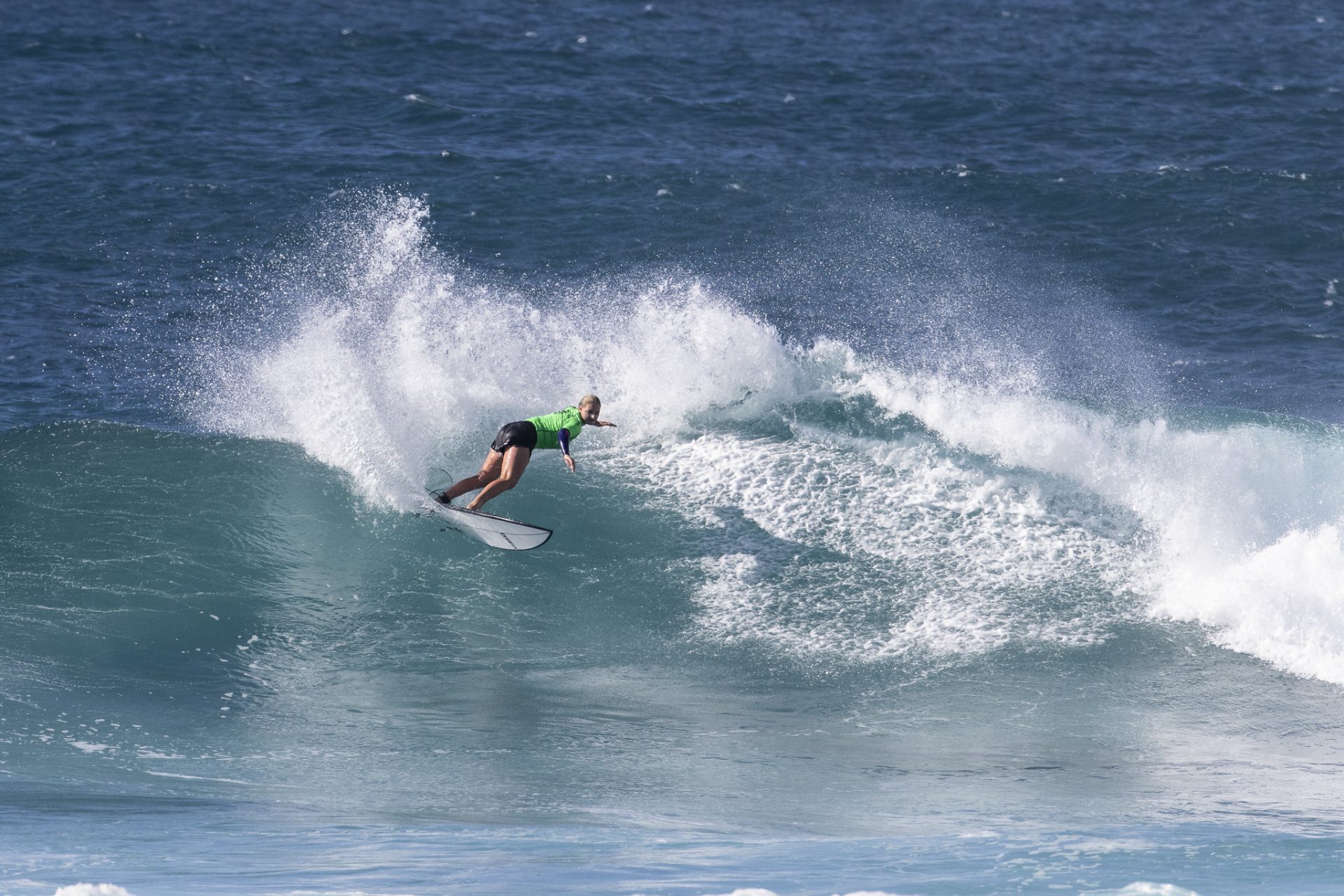 If Oakura pro surfer Ariana Shewry was looking for a top start to her 2019 season then she nailed it today with a second place at the Women’s Sunset Pro Junior in Hawaii.

Ariana was the only non-Hawaii surfer in the women’s final. She surfed with equal determination and grit throughout the day. With no waves ridden and just seven minutes on the clock, the 15-year-old quickly found her only two scores of the heat, fighting her way into a well-deserved second place.

“It was so tricky out there today, but I’m super stoked overall and glad to get the experience,” Ariana admitted at the awards presentation. “Sunset is definitely a challenging wave, but I really enjoyed it and had heaps of fun.”

Ariana first contested a Pro Junior event in 2015 and has since ramped up to a solid season in 2018 that saw her rise to seventh at the Wahine Pipe Pro and ninth at the Papara Pro Vahine Open Tahiti and a fifth in the Pro Junior at the same venue. That propelled her to 44th on the Women’s Junior Tour and 210th in the Women’s WQS rankings for the season. She’s another Kiwi in the rise for 2019.

Rounding out the women’s final in Hawaii today were Leila Riccobuano, 15, and Summer Ivy, 17, both of Hawaii, who along with Ariana chaired winner Gabriela up the beach.

Gabriela defended her title, quickly establishing herself as the in-form surfer of the competition and posting the highest scores on the women’s side of the draw. Displaying the confidence and talent that launched the 16-year-old to finish atop both the Hawaii/Tahiti Nui Women’s Tours – Junior and QS – in 2018, Bryan easily won all of the three heats she surfed today, including the most important thirty-minute final.

“I’m super stoked to win back-to-back, it was definitely one of my goals this year, and I’m really happy to start the year off with another win for my first contest,” Gabriela said following her victory. “I was getting pretty good scores all day, so I was just going to try and do the same thing as before, wait for the good waves and just surf the best that I could.”

“It always feels great to win, it’s the best feeling just to win here at Sunset again,” Gabriela continued. “It’s such a tricky wave and it’s one of the best places to win honestly. Just the feeling is what keeps me motivated.”

It was a much more dramatic finish to the Sunset Pro Men’s Pro Junior. Needing a 6.10 to take the lead with under a minute left in the final, Roi hit a series of committed, on-rail turns to earn a nail-biting 6.73 on his very last wave. It was enough to steal the win from Crosby Colapinto, of USA, who had led for the majority of the thirty-minute heat and who had already comboed 14-year-old Levi Young, of Hawaii and 16-year-old Eli Hanneman, also of Hawaii, third- and fourth-place finishers, respectively.

The up-and-coming talent was undeniable over the course of the day, with over 80 percent of the men’s field and nearly three-quarters of the women’s field representing Hawaii. Experienced performers were tested by younger newcomers eager to build confidence and further develop as competitors.