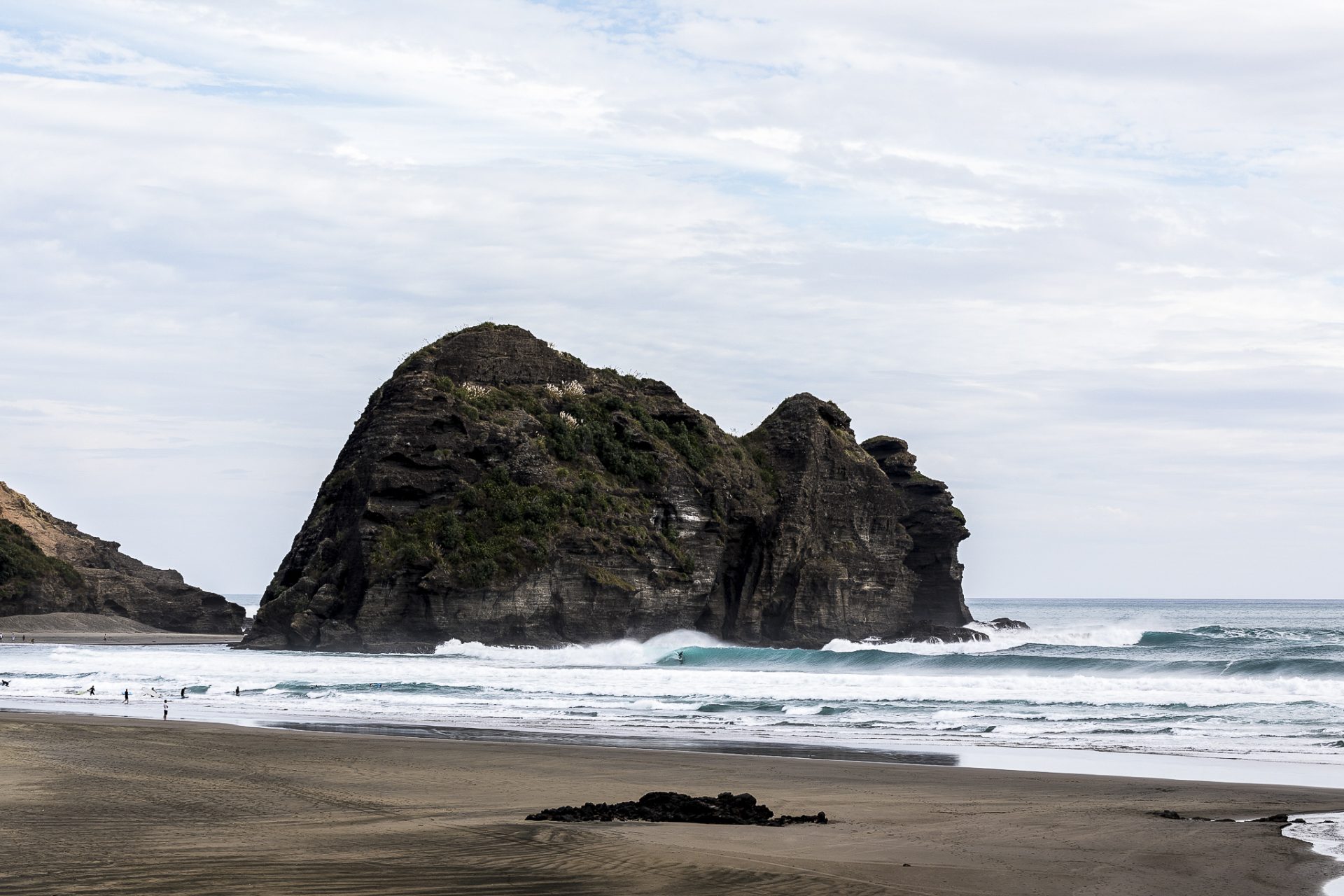 Details have been revealed about a bid for Auckland to host a World Qualifying Series 10,000-rated event at Piha in March 2020: the Piha Pro. But it is not a done deal … just yet.

A document leaked to the NZ Herald today suggests the event will be a QS10,000 rated event – the highest QS rating possible. If that’s true it will be the second QS10,000 in the southern hemisphere (the Balito Pro in KwaZulu Natal, South Africa is a QS10,000), the only one in Australasia and just the seventh QS10,000 on the QS tour. We find that a little hard to fathom when there isn’t a QS10,000 in Australia yet. Possibly more will be added in 2020 as the WSL tries to make opportunity in the sport a little more globally “even” in an Olympic year.

The report suggests the Piha Pro will be broadcast, presumably through World Surf League media channels, to more than 600 million people with more than 20,000 people in attendance. Piha won’t know itself.

The article also claims the event will spearhead a Festival of Surfing that will also include an Australasian Pro Junior event on March 14-15 with the New Zealand trials held on March 16 and leading into the March 17-22nd waiting period for the Piha Pro.

When we contacted NZ Surfing’s Ben Kennings, he confirmed a bid was in play, but warned that it might be to soon to start celebrating just yet. Surfing New Zealand has helped with research and feasibility and is involved in the bid and legacy planning for the event. Government major events funding, being routed through the governing body, will be key to see this to realisation.

Sources suggest that very successful event director Karl Budge is the driving force behind the bid. NZSJ was unable to reach him for comment.

New Zealand last held a WQS event in 2015 when a 6-star QS was held at Taranaki at the end of March and that was a women’s event only. The last men’s WQS was held in 2011 – the O’Neill Coldwater Classic held in Gisborne. Maz Quinn was the highest performing Kiwi, bowing out in the Round of 24.

The timing of the event, ahead of the 2020 World Championship Tour season starting, and in an Olympic year, would add to its appeal to the world’s best. They’ll most likely use the event as a test bed after an off-season of training and development.

The document also suggests the event is aiming to become the most sustainable and environmentally friendly event in New Zealand with the athletes themselves leading campaigns. Lofty ambitions, but in line with WSL’s recent Stop Trashing Waves campaign and recent announcements for the WCT and World Big Wave Tour events … see below.

The event will be held at Piha and presumably target the Piha Bar … if the banks align. The event headquarters will be in the CBD where music and arts events will close the Festival of Surfing out. Auckland Council is reportedly right behind the bid.

If the stars align, and let’s hope they do, then this could be a huge step forward for surfing in New Zealand and give WCT stars Paige Hareb and Ricardo Christie a bloody good reason to keep the title on New Zealand soil.

We’ll keep you posted as more information comes to light.