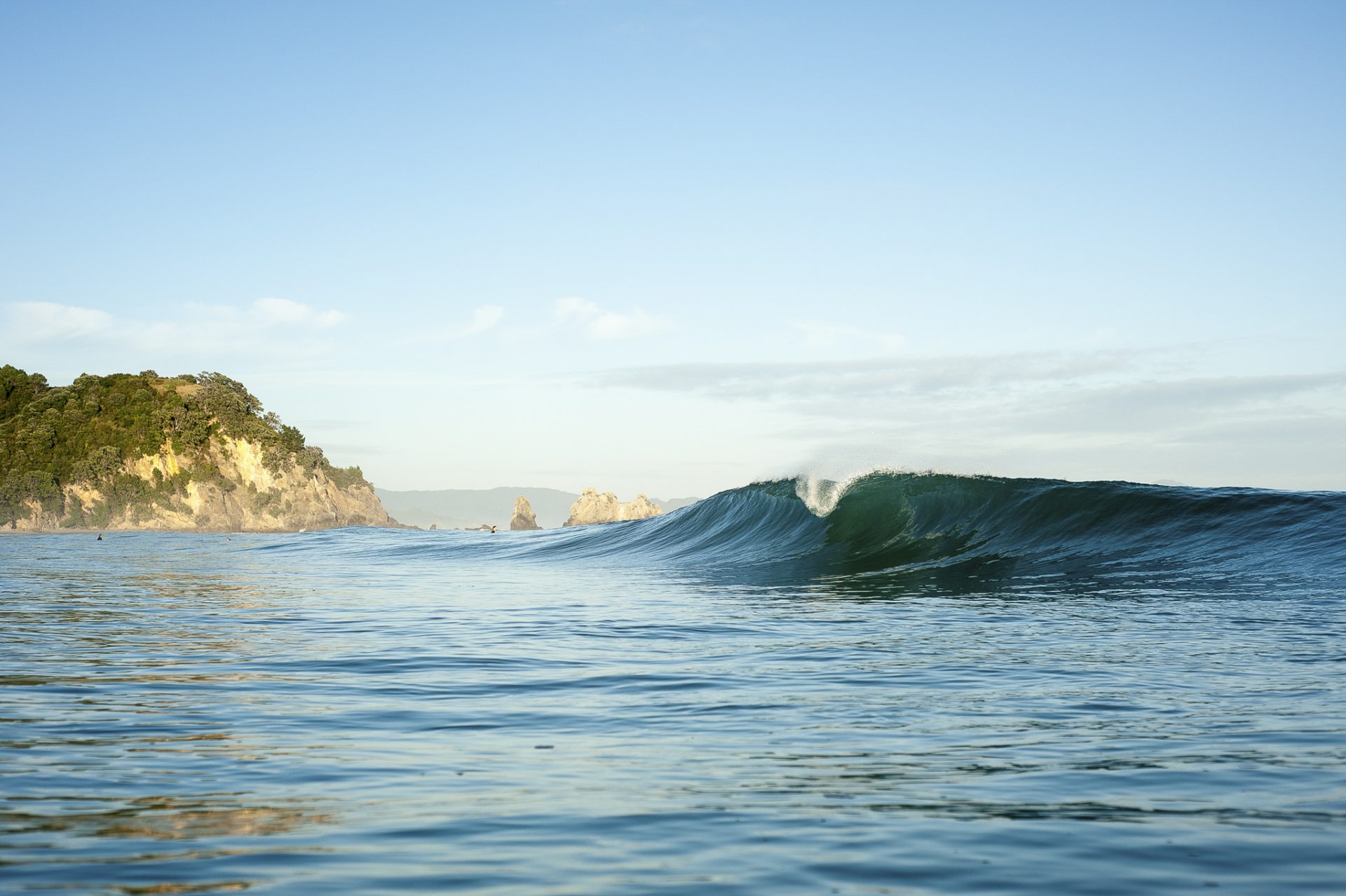 A swarm of tropical cyclones swirled through the Pacific in the first half of February. As they dissipated they tracked south east and got trapped off the East Coast by a blocking high over New Zealand. That scenario created the perfect long range and sustained swell engine for the East Coast.

On the Coromandel Coast, surf photographer Daniel Davie managed to connect up with WQS campaigner Billy Stairmand to bring us a few shots between waves.

“It was definitely a memorable swell that just kept on giving,” Daniel shares. “Just about everyone I spoke to had an epic session, from way up north and down south. It just seemed like every spot was firing. And I guess throwing in blue sky, warm water and a steady, but not too strong offshore added to the delight.”

“Just about everyone I spoke to had an epic session, from way up north and down south. It just seemed like every spot was firing.”

“Whanga beach on the Tuesday evening was possibly the best I’ve surfed it,” he offers. “The beach is better known for its ski-slope fatness and annoying gutters, but there were some legit nuggets coming through. There were 10 guys spread out across the beach and all chuckling at the 40-50 shoulder hoppers on the Bar.”

“Yeah, it was definitely a gem of a swell. Hopefully the East Coast gets a few more of those this season.”

When the Coromandel Coast turns on there is nowhere else you'd rather be. Photo: Daniel Davie

Some chunky days were had as the swell filled in. Billy finds himself a gem. Photo: Daniel Davie

Some said the Whangamata Bar was as big as it gets during the peak of the swell. This is the Tuesday and a little more manageable. Photo: Daniel Davie

When the stars align. They had days of this ... Photo: Daniel Davie

Playful if you're Billy Stairmand, a seventh national title in your back pocket and a WQS season ahead of you. Photo: Daniel Davie

Gems opening up all over the place during the week of swell and sunshine. Photo: Daniel Davie

It's not often Coromandel breaks with a decent long-period swell that hasn't come off the back of a high. Photo: Daniel Davie

Could get a bit lonely on some of these Coromandel beaches. Photo: Daniel Davie

Billy Stairmand on point with a beautiful clean wall to work with. Photo: Daniel Davie

No takers for this one. Photo: Daniel Davie

We Rank The 10 Best Surfers In New Zealand Right Now