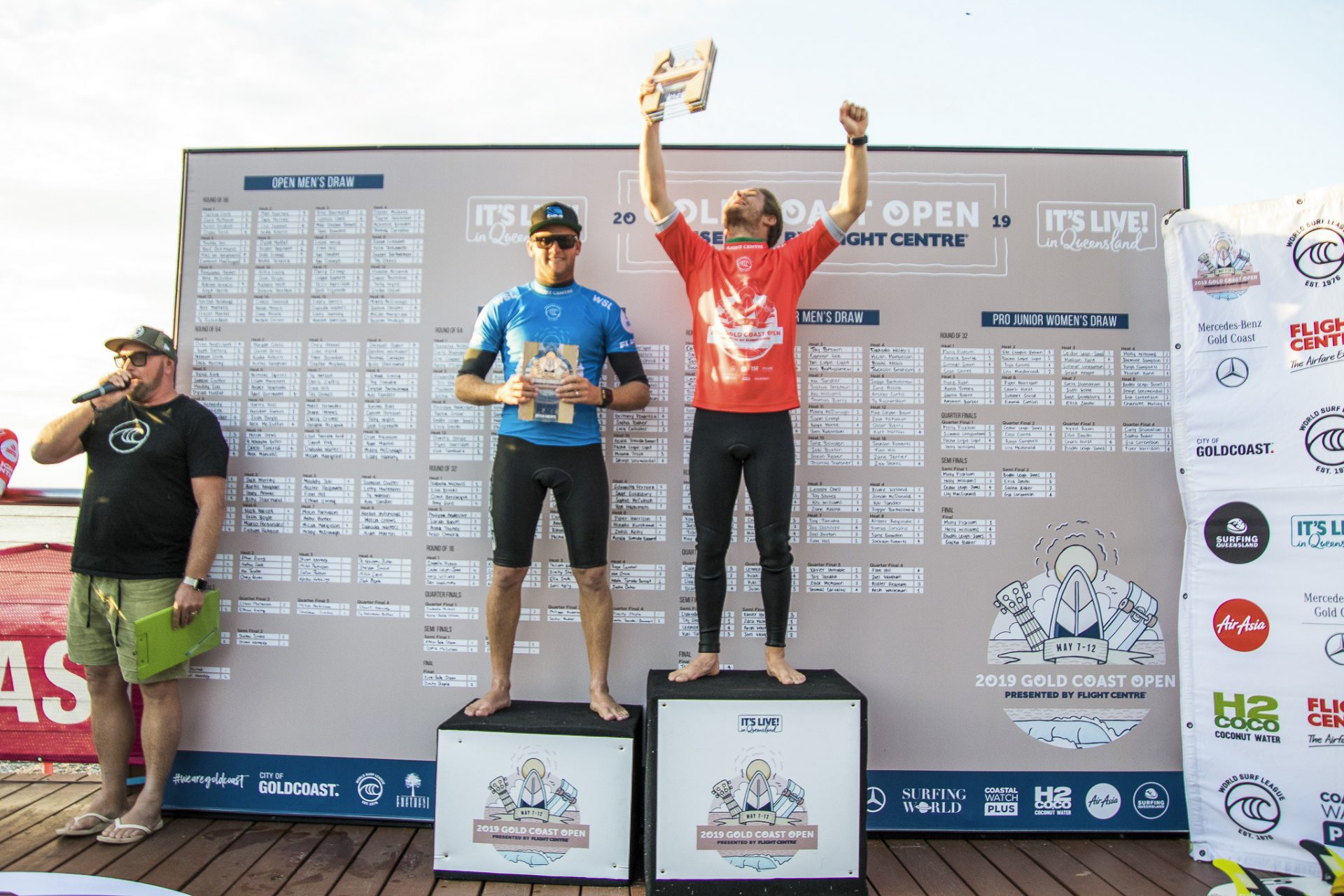 Crowds swarmed to the Burleigh Hill in the thousands to witness some world-class surfing in the natural amphitheater that is Burleigh Point on Queensland’s Gold Coast.

Stairmand scored a 7.5 (out of a possible 10), combined with a 7.75 – to give him a combined heat total of 15.30 – enough to edge out his opponent. Kennedy required an 8.85 to take the win, but the Tasman Sea was on Stairmand’s side. The ocean stood still for the remainder of the heat, effectively depriving Kennedy of a chance to find a high score.

“It feels crazy, it feels really good,” Stairmand offered afterward. “I’ve been having a great week, staying with some friends, looking after myself and eating good food. I knew Stuey was a gnarly competitor, and the waves haven’t been too big, so it could’ve been tough.”

“I’m not too big, though, so I work well in small waves!” laughed Stairmand.

Stairmand finished third at the Mothernest Great Lakes Pro earlier in the year, then finished fifth at the Krui Pro, Sumatra a little over a week ago. His win today at the Gold Coast Open presented by Flight Centre is his first of the 2019 World Qualifying Series season. It pushes him well up the QS rankings to 47th and sets him up for an incredible run into the remainder of the season.

“I’d like to thank my mum, who passed away a couple of years ago,” Stairmand said as he dedicated his win to her. “To win the event on Mother’s Day is pretty special. I’m sure she was looking down at me.”

“I’d like to thank my mum, who passed away a couple of years ago. To win the event on Mother’s Day is pretty special. I’m sure she was looking down at me.”

Runner-up Stuart Kennedy was stoked with a second place win and holds high hopes for the rest of the year.

“I’m hoping I can carry this momentum into future events, like the QS10,000s. I would like to re-qualify for the world tour, I feel like that’s where I belong.”

Mount Maunganui’s Te Kehukehu Butler was on form at his adopted home break on the Gold Coast stomping through early rounds until Kennedy cut his run short in the quarterfinals. Butler’s fifth-place, adding nicely to his earlier successes with a fifth at the Carve Pro and third at the Mothernest Great Lakes Pro. He’s now knocking on the door of the top 100. Korbin Hutchings surfed his best QS of the year to claim 13th, defeated by Mitch Parkinson in the round of 16.

The next Australian Qualifying series event will be the Mandurah Pro in Western Australia, from October 19th – 22nd.

Stairmand joins illustrious company with his win – previous winners of the Gold Coast Open presented by Flight Centre (formerly Burleigh Pro) include names like Taj Burrow, Julian Wilson and Owen Wright. The event is known for attracting surfers from all corners of the globe including Indonesia, North America, France, Brazil and Japan.