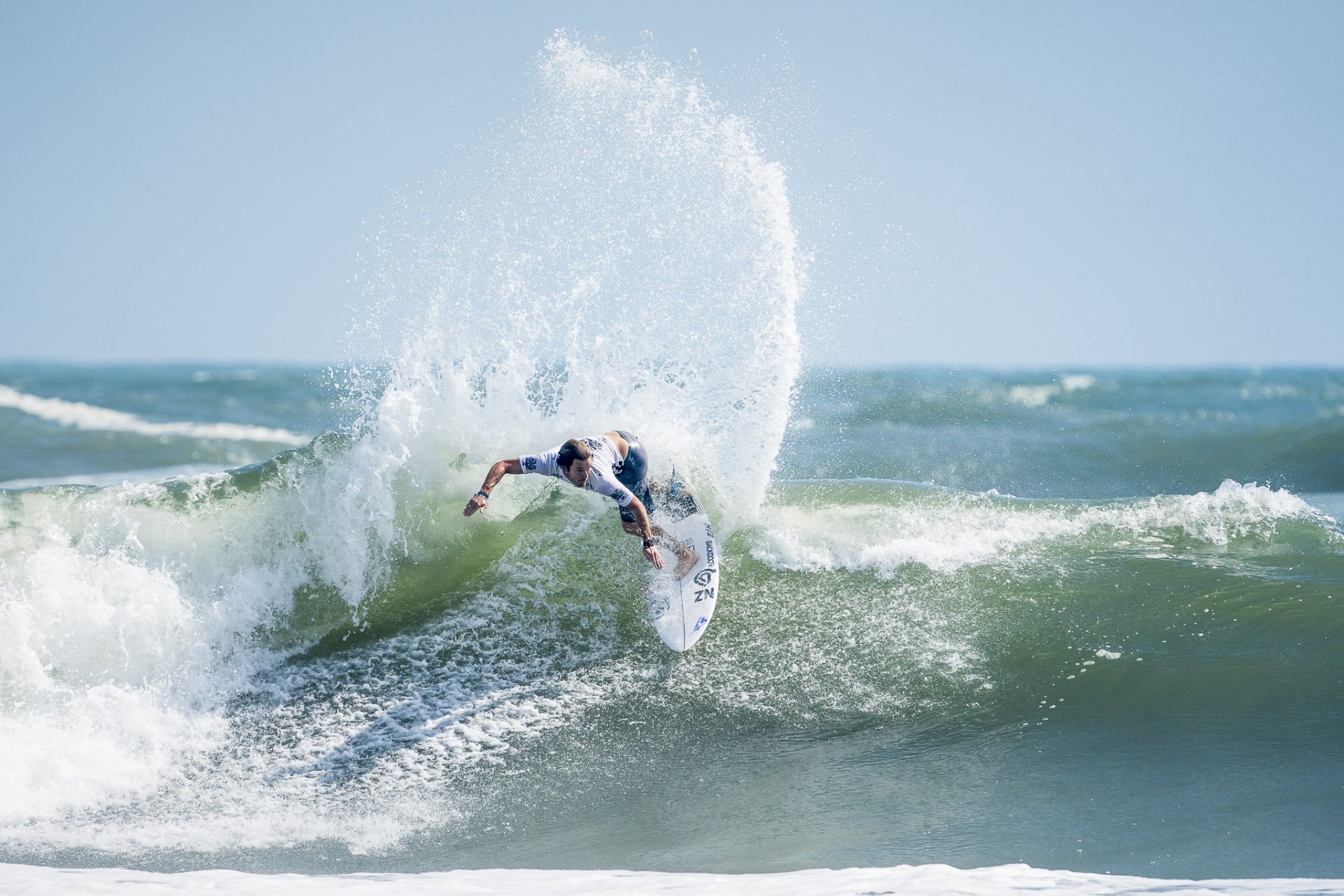 The seventh place finish also ensures New Zealand qualify for the 2020 Aloha Cup which is contested against the top eight nations at the World Surfing Games each year.

“It’s been a crazy week. It is all kind of a blur, surfing a lot of heats everyday,” admitted Stairmand, as he was packing and heading to the airport.

“But now it’s all starting to sink in, sitting down and saying that I can become an Olympian is such a crazy feeling. And also getting the best result ever for a Kiwi and holding down the fort for the team to get seventh is pretty cool also,” added Stairmand, whose next event starts in the Azores Islands on Tuesday.

Stairmand automatically advanced out of his first match up of finals day after Brazilian Filipe Toledo pulled out due to injury. In his second match up, Stairmand pushed right through the heat with an uncharacteristic  fall on his last wave the difference between moving through to the top six and a chance at qualifying for the final.

“I’m kicking myself that I didn’t land that floater,” he offers. “It was a big section, but I knew I had to give it my all and I did. I gave it everything I had, but that heat just wasn’t meant to be. But I’m so proud of myself and my achievements this week. It’s been so fun.”

“I’m kicking myself that I didn’t land that floater. It was a big section, but I knew I had to give it my all and I did. I gave it everything I had, but that heat just wasn’t meant to be. But I’m so proud of myself and my achievements this week.”

Stairmand has had an exceptional year of results that started with a National Championship in January followed by a World Qualifying Series win in Australia in May among other top results.

“Yeah, my boards have been a huge factor in my performances this year, but also I think I’ve totally changed my frame of mind this year and it’s helped not only in this event, but others,” he reveals. “So I’m just sticking with it. I’ve been working with a friend of mine, Albee James, from Bodyrehab, and he’s helped me a lot with the mental side of things. Also changed a bit in my lifestyle stuff. So I’ve made some changes in my life and it’s paying off.”

Stairmand is currently 58th in the QS rankings and only needs to make two finals to crack the CT door open. He now travels straight back to Europe to contest the Azores Airlines Pro QS6000 event that starts in the Azores this week (September 17-22).