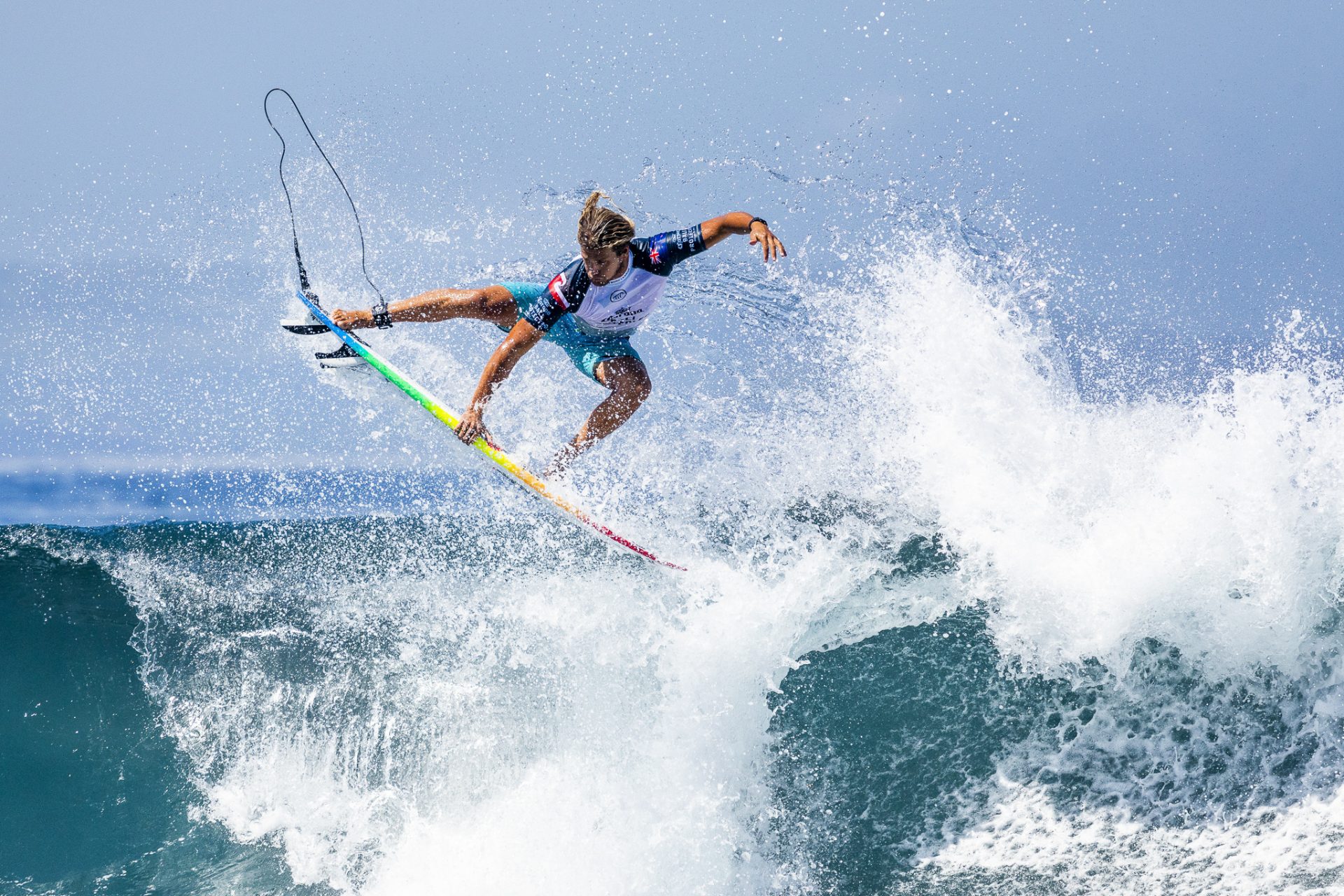 With a nod to his heritage and tapping into the power of his lineage Ricardo Christie is now wearing the Maori flag, Tino rangatiratanga, on the right sleeve of his World Championship Tour jersey. If his first outing at the Corona Bali Protected Championship Tour event at Keramas, Bali, is anything to go by then he may just be on to something.

“I saw that Soli (Bailey) was representing his Indigenous Australian flag and realized that it would be an option for me to do that as well,” offers Christie. “I contacted WSL and they were really helpful in getting it organized, but we didn’t think it would all be ready to go until the middle of the season. So it was a really special moment when I got here and saw it on my sleeve.”

Christie’s Maori heritage comes from his mother’s side and he was brought up in the small, mostly Maori community, of Mahia Peninsula.

“I have so much respect for our culture and I’m really proud to represent my Maori heritage,” he adds. “I have been working hard this year to do my best, but having the flag on my sleeve today definitely gives me a little bit of extra motivation.”

“I have so much respect for our culture and I’m really proud to represent my Maori heritage … having the flag on my sleeve today definitely gives me a little bit of extra motivation.”

In a blitzing Seeding Round Christie took out Wade Carmichael, of Australia, and rookie Seth Moniz, of Hawaii, with his trademark mixture of power and progression. It was a special heat win for Christie, his first while representing his Māori heritage on his competition jersey sleeve along with the New Zealand flag on the other. 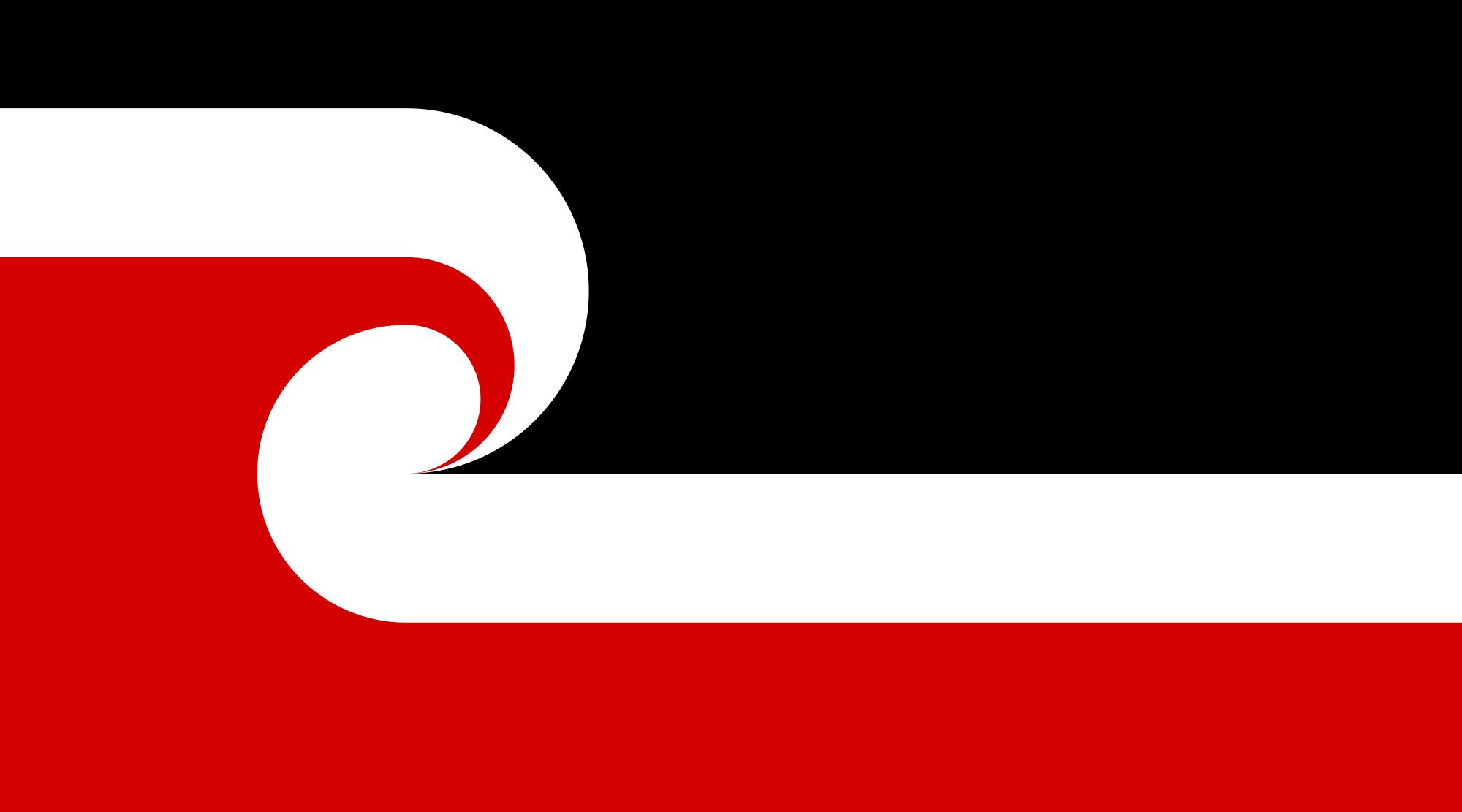 The Tino rangitiratanga flag is a special one to New Zealand and has flown alongside the New Zealand one on Waitangi Day ever since 2009 when the Prime Minister of the time, John Key, accepted the flag for the whole country. Previously it had been viewed by some as a divisive symbol representing complete Maori sovereignty.

The flag was designed in 1990 by Hiraina Marsden, Jan Smith and Linda Munn. Their design won a national contest to find a Maori flag.

Tino rangatiratanga is rich in symbolism and the design represents the balance of natural forces with each other. To live life is to live with nature. To appreciate life is to understand nature. The black represents Te Korekore, or “the realm of potential being” – symbolising the long darkness from which the earth emerged and Rangi; the heavens, formless, floating, a passive force. The red represents Te Whei Ao, or “coming into being”. This symbolises Papatuanuku, earth mother; the sustainer, forces of the land and actions. The white represents Te Ao Marama, or “the realm of being and light”. It is the physical world, pure, harmonious, enlightened and balanced. The spiral is a stylised koru – an unfurling fern frond that represents new life, hope and renewal.

That’s some pretty good mauri to have on your sleeve when you’re fighting against 32 of the best surfers in the world.

Photo Essay: Summer Roadie With A Twist Of...