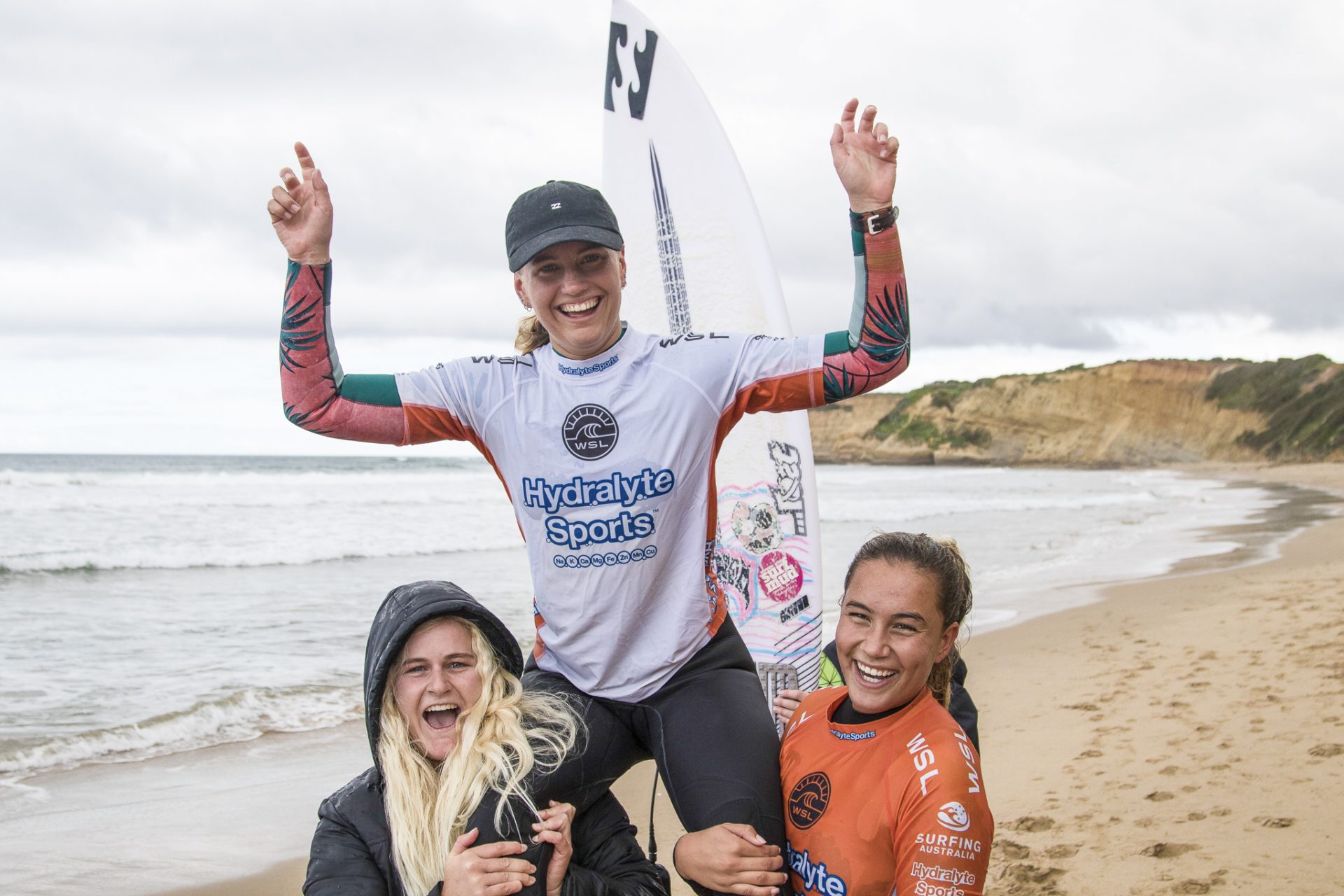 With a small swell on offer on the final day of competition, the event again shifted from Bells Beach to the backup location of Jan Juc beach, offering competitors clean, head-high peaks at the sand-bottom beach break.

That suited Bowden who grew up in Whangamata, but now lives in Australia and is a former Jan Juc resident. He now lives on Queensland’s Gold Coast. Bowden was the form surfer of the event, securing multiple high scores as he surfed his way through the draw. He hit the Victorian event buoyed by a win at the Skullcandy Pro Junior held back in July at Lennox Head, NSW.

“To win at Lennox, then back it up here is just the perfect feeling,” Bowden smiled afterward. “Exactly what I needed to do. I just put my head down, fought through the pressure and got it done. I’m just so stoked right now.”

“To win at Lennox, then back it up here is just the perfect feeling. Exactly what I needed to do. I just put my head down, fought through the pressure and got it done. I’m just so stoked right now.”

After a slow start to his 2019 WSL Australasia/Oceania Pro Junior Series, Bowden’s win at the SkullCandy Pro Junior gave himself a chance to qualify for the WSL World Junior Championships to be held in Taiwan in November. Needing to place first or second in the final at Jan Juc, Bowden started slowly before securing an excellent 8.85 (out of a possible 10) to redirect his momentum in the 30–minute affair. Bowden’s 15.50 two-wave total proved too strong for his opponents, landing him the event win and a climb from sixth to second on the WSL Australasia/Oceania Pro Junior rankings. That result secures him a start in the WSL World Junior Titles in November.

“New Zealand is the flag I surf under, but Victoria was such a special place for me to live,” added Bowden. “I used to surf here every day, so it’s so awesome to win this Hydralyte Sports Pro Junior back at Jan Juc.”

Fifteen-year-old Marlon Harrison, of Queensland, performed beyond his years, dropping the final’s second-highest scoring ride, a 7.25 on his way to second position.

Although he dropped out of the event early, NSW North Coaster Dakoda Walters had done enough in previous events to solidify himself in the top spot on the WSL Australia/Oceania JQS.

“Today was the first time I’ve ever made a Pro Junior final. To win was just the cherry on top for what has been an amazing couple of days for me. It means so much to me and my family to win today.”

Gisborne’s Saffi Vette claimed victory in the girl’s final finding a much-needed score in the dying moments of the heat. Vette squared up on her backhand, dropping a 5.8 for two maneuvers to secure the win over Lily MacDonald, of New South Wales. The ride took Vette’s two-wave total to 11.45, just besting her opponent’s 11.25.

“Today was the first time I’ve ever made a Pro Junior final,” an elated Vette offered after being chaired up the beach. “To win was just the cherry on top for what has been an amazing couple of days for me. It means so much to me and my family to win today. There are lots of lefthanders at home and my backhand is definitely my go-to, so when I saw that last wave in the final I knew I could get the score. I’m just so stoked.”

Third-placed Bodhi Leigh-Jones, of NSW, cemented her WSL World Junior Title aspirations, holding onto the qualifying second position on the overall WSL Australasia/Oceania rankings. Pacha Luque-Light, of Queensland, was unable to find the ride she was looking for, rounding out the final in fourth place.

Christchurch’s Ava Henderson finished the event in ninth place after a promising start.

Vette’s 2019 WSL Australia/Oceania Junior Qualifying Series campaign has been outstanding with constant improvement from one event to the next, capped off by this latest win. Her results put her into seventh overall after the five events in the JQS.