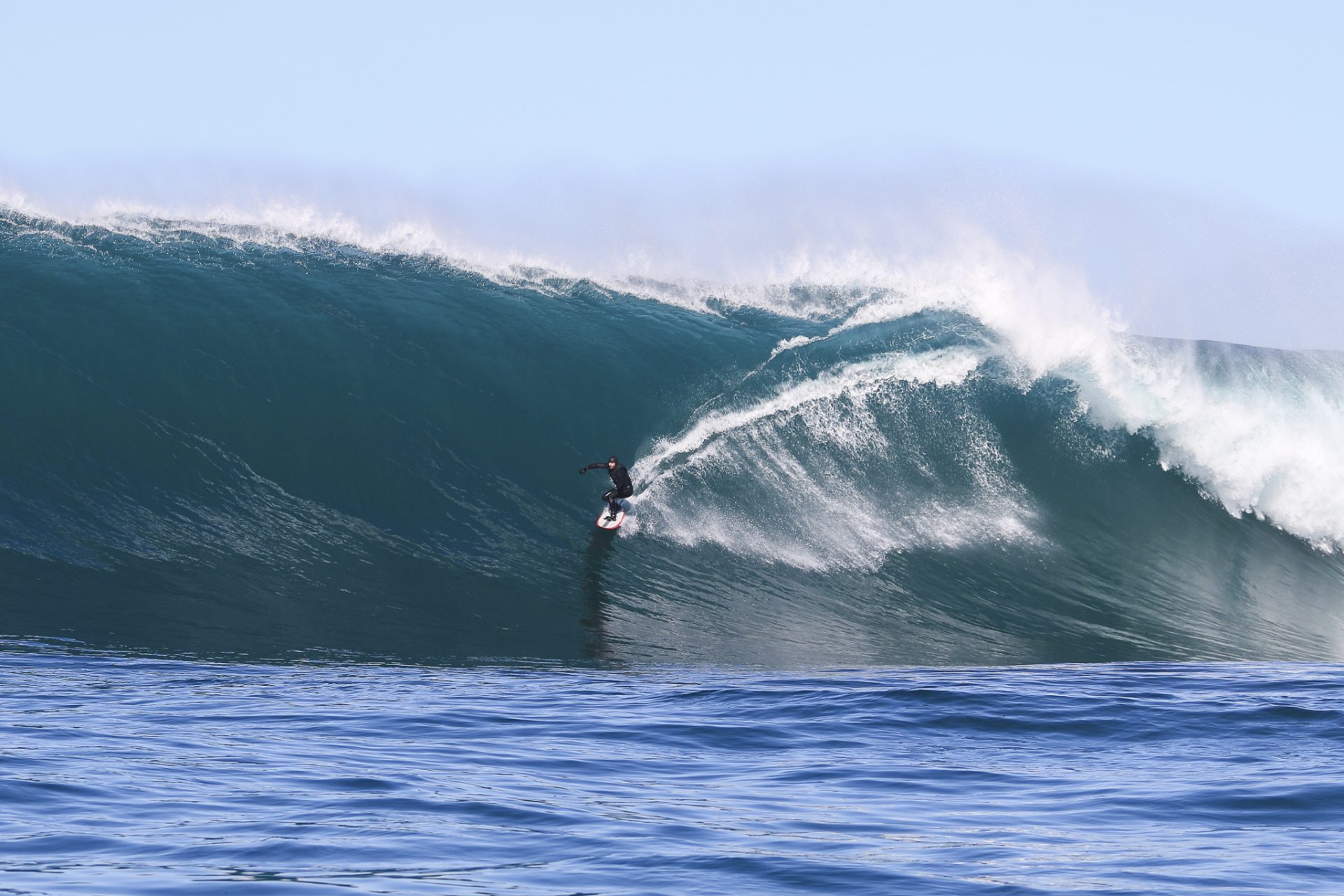 The Southern Ocean is choked with swell energy right now, but it was an early season long-period pulse that turned the Southern reefs inside out. Dave Lyons managed to document one of the best sessions to take place in the south east corner of our country … so far.

Dave teamed up with Davy Wooffindin, Joe Dirt, James Cross and Jono Digley to bookend a trilogy of reef sessions. Dave, injured from a session a few days earlier, eventually put down the camera to ride a dozen of the best waves of his life.

Chasing the tide, the boys were on it early, assessing conditions from the channel by 8:30am.

“It was pumping – the boys were charging and getting the hell pits,” Dave told NZSJ. “I’d have to say that it would be one of the best sessions I’ve ever witnessed in my whole life. To park up and shoot it and actually have it unfolding in front of me, that for me, was one of the best days I’ve ever seen in surfing. It was fricken awesome.”

I’d have to say that it would be one of the best sessions I’ve ever witnessed in my whole life.

The slab in question is notoriously brutal. On a good day you might make one in 10 waves. It’s serious commitment. But the bigger the swell gets, and the more energy it has, the cleaner the wave becomes. It’s a challenging irony – a tough pill to swallow.

“It was just so clean and I don’t know what it was, but the boys were making heaps more than we normally would,” Dave continues. “There were some good beatings going down, too. I lucked in, I made eight out of about 10. To me that was pretty special. I have to credit Davy, because he put me in the right spot every time. He did that with everyone.”

Dave said he had no intention of surfing it.

“I was so sore from another session at another reef a few days earlier,” he admits. “I was happy to park up and shoot, but it was so good. The boys harassed me about four or five times asking if I was keen and saying they needed a break. Then Digley asks me, ‘what does your soul say?’ I went, ‘okay, give me the rope, let’s go’. It pulsed and I got 10 waves in a row. It was a dream session.”

The lads reckon the swell angle must have been just right. Dave reckons he saw a couple of 15 footers – easy four times overhead.

“The boys charged, everyone was on their A-game,” he explains. “There were a couple of scary situations with some of the boys getting a few big ones on the head. Joe just got up for a breath on one wave and I was actually scared for him. Everyone had eyes on him and then he just got a suck of air before he got mowed down by a 12 footer. Everyone was resting after those wipeouts. The boys were like, ‘let’s have a break for five minutes just to regather’. You could see in their eyes that they were spent.”

Joe just got up for a breath on one wave and I was actually scared for him. Everyone had eyes on him and then he just got a suck of air before he got mowed down by a 12 footer.

Dave paid special acknowledgment to James Cross who was on safety for the entire session.

“That man’s on fire,” Dave smiles. “He’s really calculated. He’s a lifeguard – honed in rescue. He’s towing in, doing pick-ups and making sure everyone is safe. That dude is incredible.”

Everyone worked as a team and the results came, Dave added.

“Everyone was charging. It was freaking loose – a special day, a real special day.”