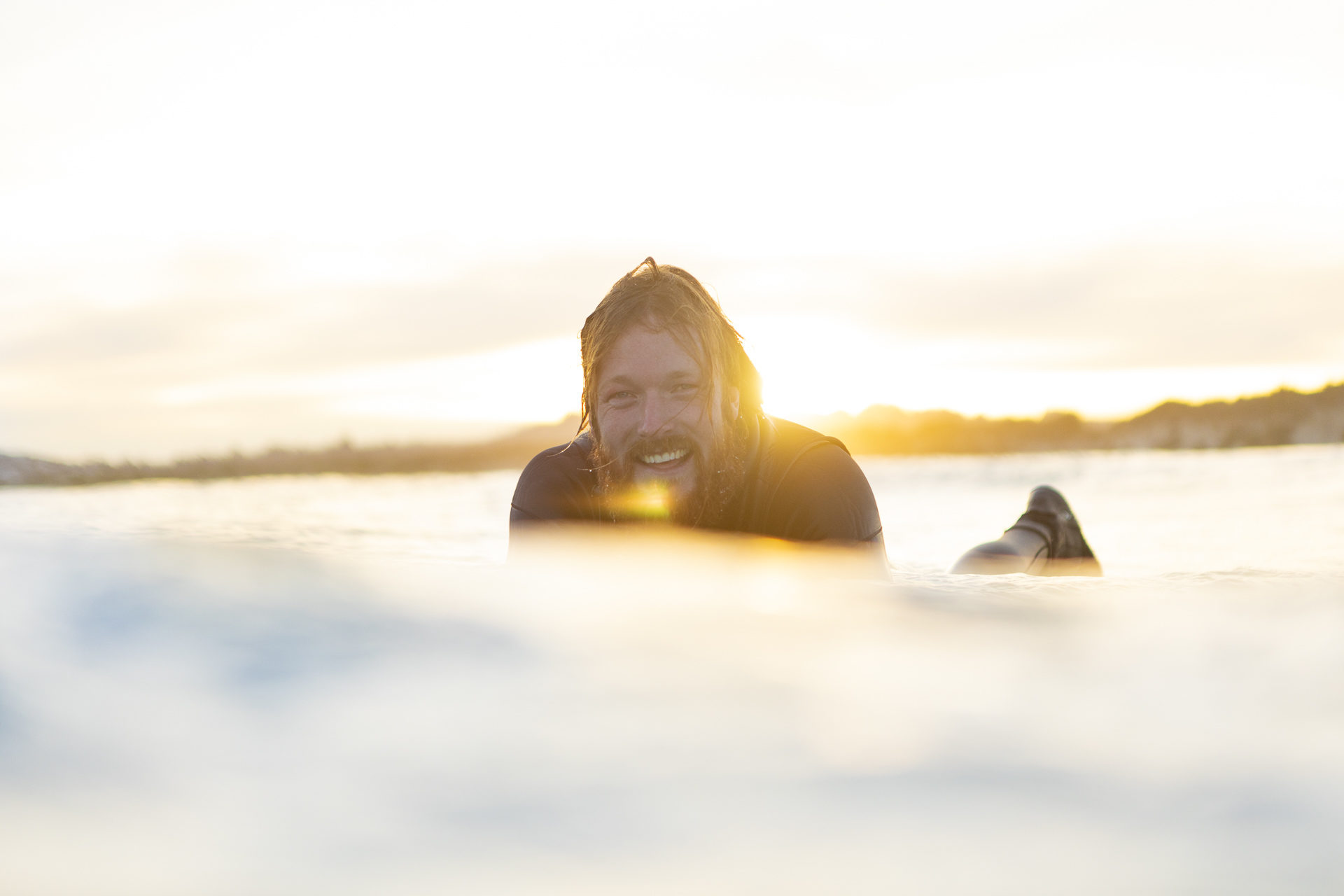 Even though it is a city beach, Seconds in Dunedin is always an adventurous spot to get to, with a fence to scale, a landslip to slither over and a rockface to clamber down to get to the kelp-covered jump rock. This is the easy bit, the final hurdle before reaching the line-up – on bigger days it’s all in the timing.

Recently, on one of my Seconds missions, I ran into a guy, dripping wet in his wetsuit, but without a board. Instead he had a fistful of plastic that looked like it had spent a decade at sea. He grinned through a ginger beard that fused with his hair so well that is was hard to tell where his locks stopped and his beard started. He let out a deep chuckle as he explained he’d just “been in for a quick dip”. No board, just a swim. His bounty was “just something he picked up” on the way back to the trail that slithered up the embankment to his house perched up on Cliffs Road.

“Three for the sea,” he chuckles encouragingly.

Plastic comes from oil and that is like the blood of the earth and so it might not be about not using it, but rather rethinking the throwaway nature of it the way we currently use it.

Turns out Tom Macfarlane is brimming with good ideas and philosophies. Originally from a farm in the Hawke’s Bay, Tom, now 27, first moved to Dunedin to study in 2009. Now, he’s really into rubbish.

“I discovered this cool Hawaiian programme last year called Na Kilo Aina, which translates to ‘observers of our sustenance’,” he shares. “It is a programme to encourage kids to get out and about and to observe the environment and base their actions around that. I have been trying to put it into practise here.”

“Rubbish is everywhere and it’s a material that we can do something about,” he explains. “If we can get our mindset around our rubbish, then we can drive change and have a tangible symbol for improving the environment.”

He said the solution for climate change was often too big and too daunting to grasp for most people, but everyone could make a positive change with rubbish at a local level.

“The challenge is to get people talking about something that can often be a shameful or anxiety inducing topic – people can get defensive about it,” he explains. “Attributing blame to all the rubbish at the beach is no good – it doesn’t help – it’s not positive.”

“As surfers we spend a lot of time in the sea – we are those observers. We can make a difference. I’ve tried to pick up all the rubbish once and I couldn’t get it all and I felt stink about that. It made me very frustrated and then I came across a movement called Take 3 For The Sea out of Australia. It’s led by a bunch of surfers with Tim Silverwood at the helm – he’s a surfer and considers the ocean his temple – a place where he goes to fix himself up and recharge. I connected with that instantly – just pick up one, two, three … and that’s your job. It’s easy.”

He said the priority was to get the plastic first as paper would breakdown and glass would go back to sand eventually. This also tied into the Maori perspective of tracing the whakapapa of things back to where it came from – usually Papatuanuku, or mother earth.

“Plastic comes from oil and that is like the blood of the earth and so it might not be about not using it, but rather rethinking the throwaway nature of it the way we currently use it. Maybe we should treasure it more. Re-use it and find ways to repurpose it.”

Through PE school Tom was first introduced to life on a marae. He ended up in the kitchen doing the dishes and spending quality time with the kaumatua (elders). He liked it so much he kept going back and developed some great friendships and a wealth of knowledge that informed his direction in life.

That’s all just part of this mission I am on,” he smiles. “To try to share that connection with the environment with as many people as possible.

“It became a bit of an urban sanctuary for me and surfing came at the same time, so I had these two influences connecting me to the environment,” he offers. “Instead of getting that buzz of nature from my trips to places like Paradise at Glenorchy, I was able to connect right here, in the surf and at the marae.”

“To my knowledge I don’t have any Maori blood,” adds Tom, “But I have grown up here in New Zealand and in this culture – Maoridom is of this place and of the earth and oceans that surround us. The language and culture speaks of this place and has been here for longer than most. That becomes a part of all of us here.”

Tom completed his physical education training in 2012 and finished with a post-grad diploma of science communication. He has since dipped a toe in teacher’s college and sees education as being a part of his future.

“That’s all just part of this mission I am on,” he smiles. “To try to share that connection with the environment with as many people as possible and to grow that and myself along the way. That’s what makes me tick.”

These days Tom helps run the envirogroup at Carisbrook School, works part-time on external engagement for the PE School and with te koronga Maori research group at Otago University, while working on some children’s books. And he thinks a lot and often about bettering the community we live in.

“I’m working to get things moving at St Clair,” he smiles. “I’m looking for ways to get something going, get our crew together and start something to keep people buzzing and thinking about the beaches and community.”

He said now was the perfect time for local surfers and beach users to weave Take 3 For The Sea into their lives.

“It’s plastic-free July and it’s just after Matariki, which is a great time to set new goals and refocus for the year ahead.” 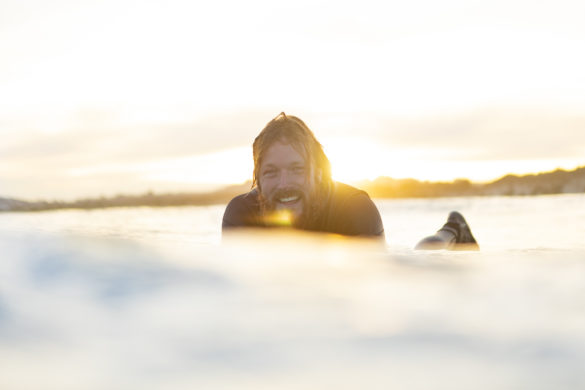 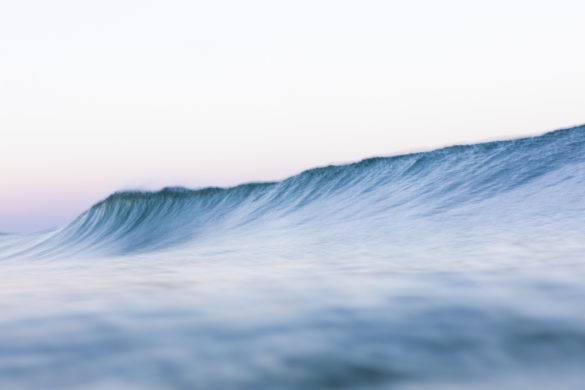 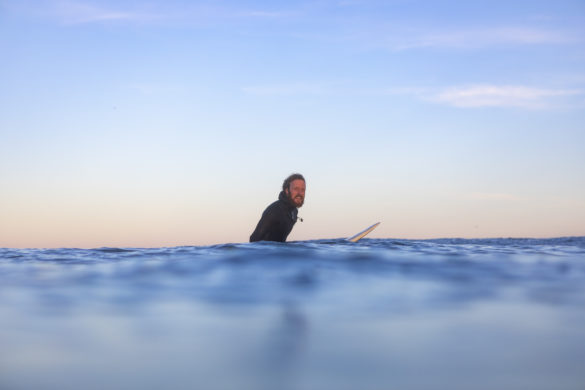