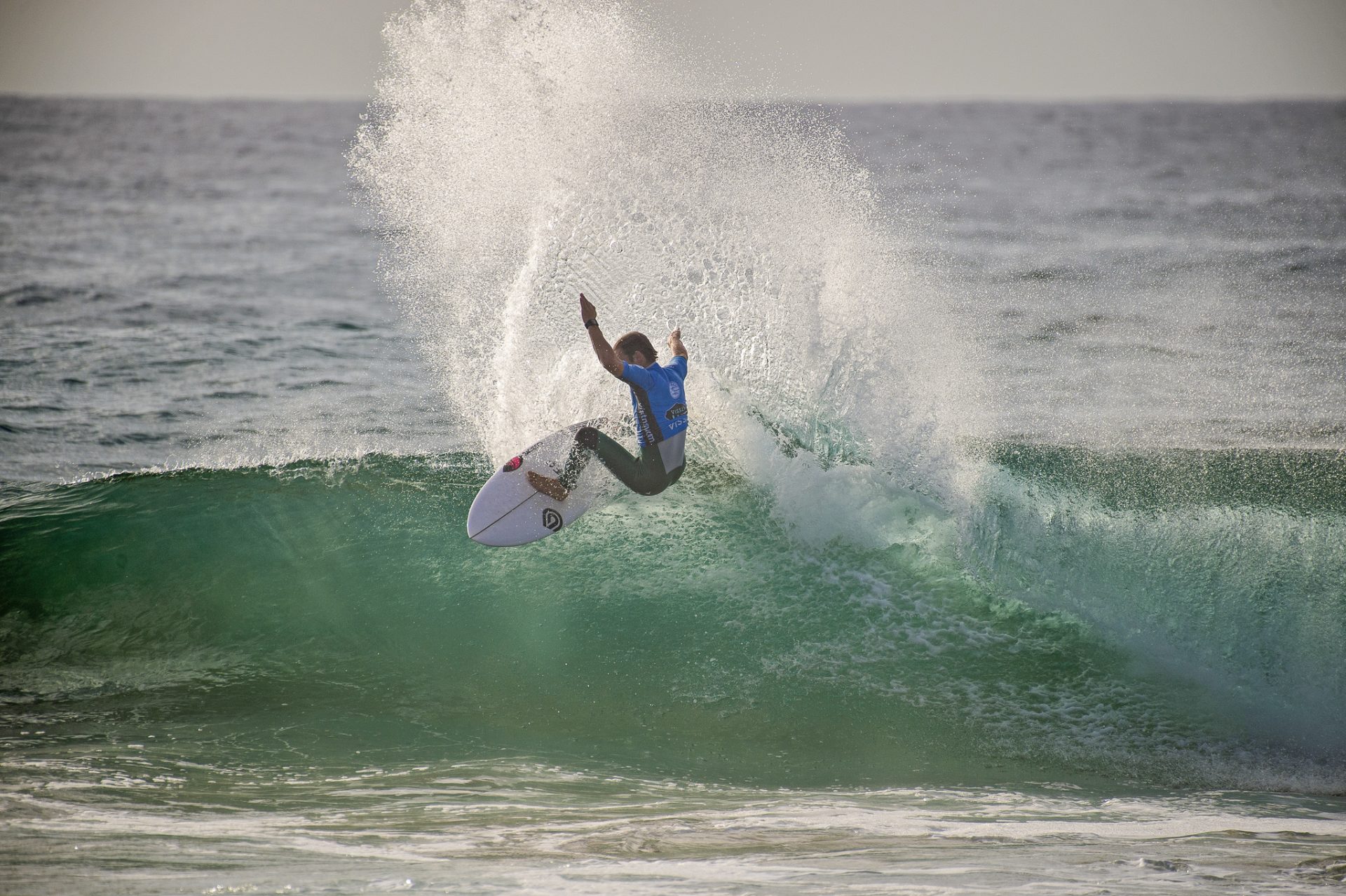 Billy Stairmand and Elliot Paerata-Reid have posted the two highest heat scores of Round 3 at the Vissla Central Coast Pro. Held at Avoca, on the Central Coast of NSW, they’ll be joined by Kehu Butler as Round 4 continues across the weekend.

Moderate onshore winds and a slight drop in swell size has seen competitors at the Vissla and Sisstrevolution Central Coast Pro dealing with tough conditions on Day 3 of competition. Regardless of this, some of the world’s best put on more show stopping performances, setting up an epic weekend of surfing at Avoca.

Stairmand set a rampant pace from the first heat of the day posting the highest two-wave combination of the event so far, a 16.50 for some epic front-side power hooks. Fresh off a semifinal finish at the Mothernest Great Lakes Pro QS1000, Stairmand is feeling fresh and ready to make a statement during this year’s Aussie leg.

“It’s good to be back competing in Australia,” Stairmand explained. “I’ve started the year off in a good position with a 9th and a 3rd at the first two events so I’m feeling really good and have some great equipment. There are a lot of big names in this event, but I have had plenty of experience surfing against the Championship Tour guys so I feel like that will help me as I progress.”

In the women’s event, the Sisstrevolution Central Coast Pro, the Kiwi girls are in the middle of Round 3 with Paige Hareb safely through to Round 4. Ariana Shewry was unfortunately knocked out in her Round 3 match-up. Ella Williams is up soon in Heat 13.