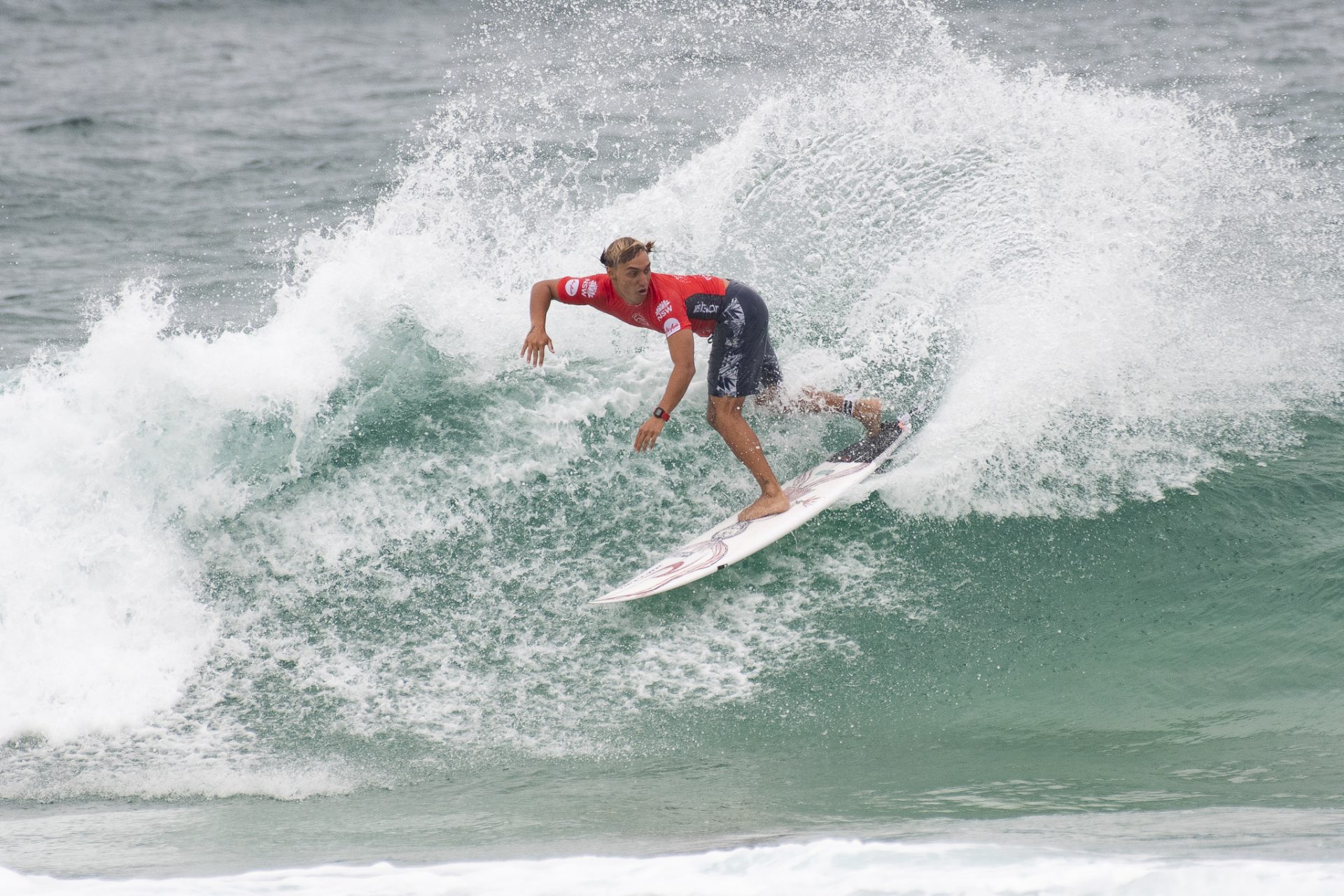 Elliot Paerata-Reid and Billy Stairmand have kicked off their 2020 World Qualifying Series campaigns in stellar form, both landing in the same semi-final heat. Paerata-Reid managed to repeat his effort from the Nationals in Dunedin, holding off an in-form Stairmand to book his finals berth at Boomerang Beach, Great Lakes, Australia at the weekend.

North Narrabeen surfer Kai Warner managed to clinch the 1000 points on offer, despite a day of tricky conditions at Boomerang Beach, to win the 2020 Mothernest Great Lakes Pro over Paerata-Reid.

Warner, who was returning from injury, remained on point throughout the duration of the final, nailing a flutter of backside hits to gain the upper hand against Paerata-Reid. Flanked by a dozen friends and family from North Narrabeen, Warner posted a massive 17.00 two-wave heat total, which consisted of two-scores in excess of eight-points and ultimately gave him the edge over his fellow finalist. The win is a change of form for Warner who was eliminated in the first round of the recent 2020 Carve Pro at Maroubra.

“If you asked me if I was going to be here early this week, then I wouldn’t have thought it would happen,” said Warner. “It feels good to bounce back from a dead-last finish in Maroubra. I just wanted to not put too much pressure on myself and try and have as much fun as I could. This has been the funnest week, having a bunch of friends here and cheering us all on, so it makes the win so much sweeter.”

Paerata-Reid put up a valiant fight in the Anzac final against Warner, posting one score in the excellent range, an 8.25, but was unable to find the necessary 8.76 to usurp Warner’s lead. The runner-up finish is Paerata-Reid’s second runner-up finish on the QS with the natural footer finishing runner-up to Liam O’Brien at the Simeulue Pro back in 2018.

“I don’t usually do too well in the Australian comps, so it feels awesome to break the spell here,” offered Paerata-Reid after the final. “I would have loved to have shared a final with Billy [Stairmand] instead of the semis, because I look up to him so much, but to get a win against him also felt pretty good.”

Billy Stairmand’s love for the Mothernest Great Lakes Pro grew fonder as he solidified himself a spot into the semifinals – his second semi-final appearance in as many years. Stairmand gained the upper hand against Sam Coffey, of USA, in his quarterfinal thanks to an impressive 15.15 two-wave heat total. Stairmand had been the form surfer at the event and was looking forward to his match up with fellow Kiwi Paerata-Reid in the semis on finals day.

“The swell and wind was pretty wild this morning, but it totally turned around and began pumping in that last heat,” explained Stairmand after his quarterfinal win. “Growing up at Raglan, I use my backhand all the time so I wanted to use that to my advantage. I came here to try out a bunch of new boards and hopefully get the ball rolling for the QS5000 in Newcastle and the Challenger Series in Sydney. Now that Elliot is in the semis with me, it’s awesome that there’ll definitely be a Kiwi in the final. Elliot actually beat me in the New Zealand Nationals earlier this year, so I definitely want to get the win against him.”

The Vissla NSW Pro Surf Series was developed for Australian and International surfers to gain ranking points and prize money on the WSL Qualifying Series. The series also creates a NSW coastal road trip for all to explore the variety of waves, visit local communities and enjoy NSW surfing culture.