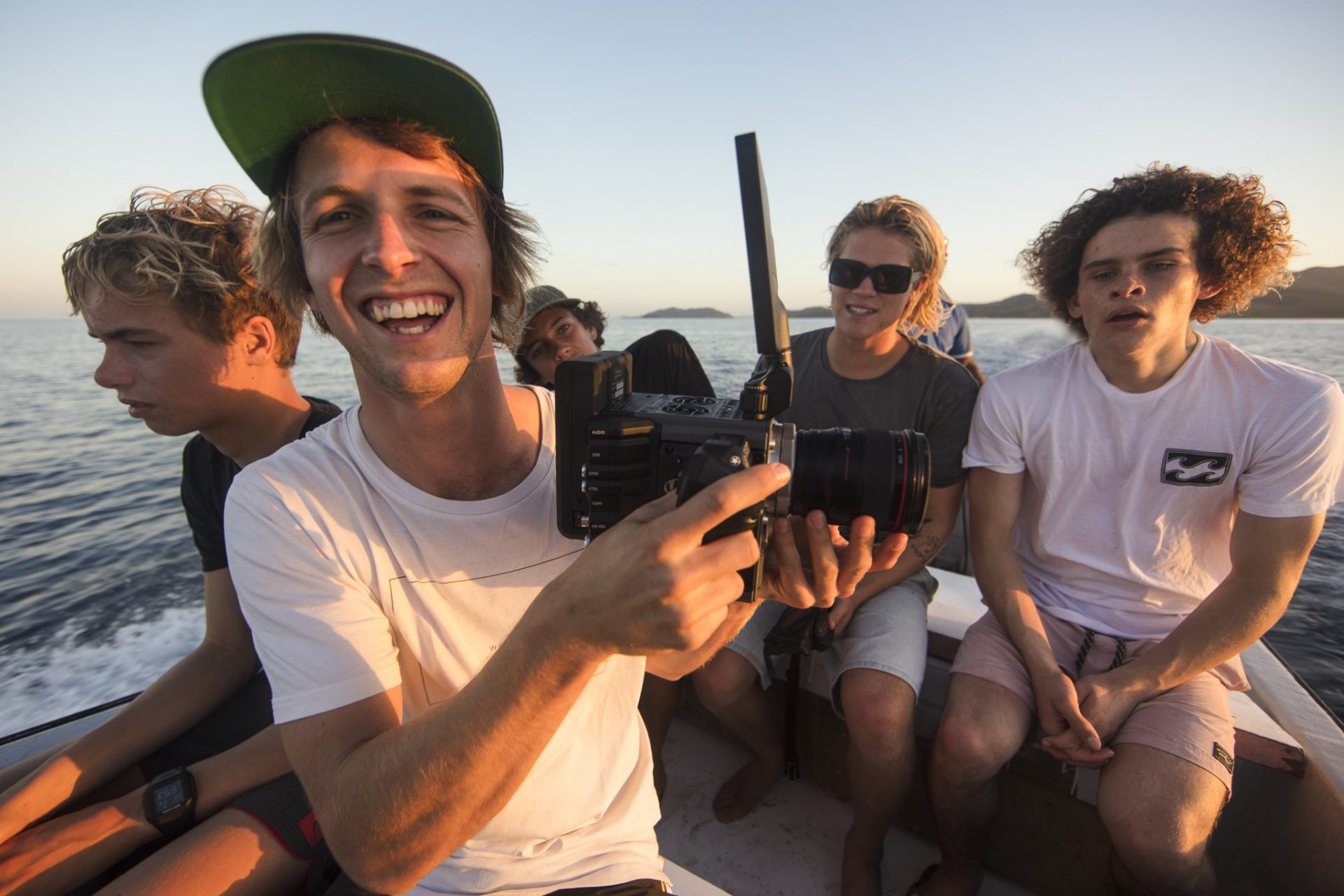 Surf filmmakers in New Zealand tend to be passionate creatives lured to surfing by the curiosity of a colourful culture. They shine a light on surfing that is often a beautiful as it is compelling. Christchurch and Gold Coast-based filmmaker Jonathan Smit epitomises this ethos. He turns the creative dial right up without even thinking about it.

During a recent trip to Fiji we got the chance to work alongside Jono and learn a little about what makes him tick.

Dedicated to filmmaking and cinematography, Jono makes his living out of capturing the nuptials of couples with their friends and family, a role he loves and thrives at. He travels all over the world shooting weddings including a stint to shoot two in Norway just before we left for Fiji.

“It’s pretty fun to have a job where you travel all over, hanging out with cool couples,” Jono admits. “I started out taking photos of my dad surfing, with his film camera when I was a kid. Since then it has always been video.”

In his spare time he always likes to have a creative project up his sleeve and this is where his passion for surfing, beaches and surf culture kick in. His film These Waters has become a classic.

Jono jumped at the chance to join the Fiji trip which was designed to help accelerate the careers of four selected surf athletes.

“Hanging with the up and coming groms of New Zealand surfing is really what got me pumped,” he explains. “Plus, it’s freezing here in Christchurch.”

He said the highlight for him was watching the young surfers on their journey.

“Seeing the dramatic progression in the boys’ surfing over those eight days was so encouraging to watch. Just a bunch of mad dogs really,” he laughs.

We ask if he can share details of his next film project. He replies in his typically cryptic manner.

“Hopefully something with a bit of heart behind it,” he smiles. “That or a surf clip with David Attenborough commentating.”

It probably won’t be about surfing in the short term, he recently saw a gap in his calendar and so headed to the Middle East as a volunteer.

“I headed to Israel with an organization called FAI doing medical relief,” he shares. “Together with my wife Annie we spent three months in Syria volunteering in a rebel hospital.”

Together with his wife, Annie, they’re motivated to make a positive difference to the lives of the people they encounter and something tells me this is just the beginning. For 2019, Jono and Annie will be spending their time between Christchurch and Australia’s Gold Coast.

Age: 27
Hometown: Oamaru
Best moment in life: Marrying Annie
Current cameras: Red/5D3
Current board: 9’6 log shaped by my friend Hayden Milne
You can invite any three people to dinner: Ben Howard to provide the music, Rhys Darby to provide the chat and the owner of Nandos to hopefully sell me shares.