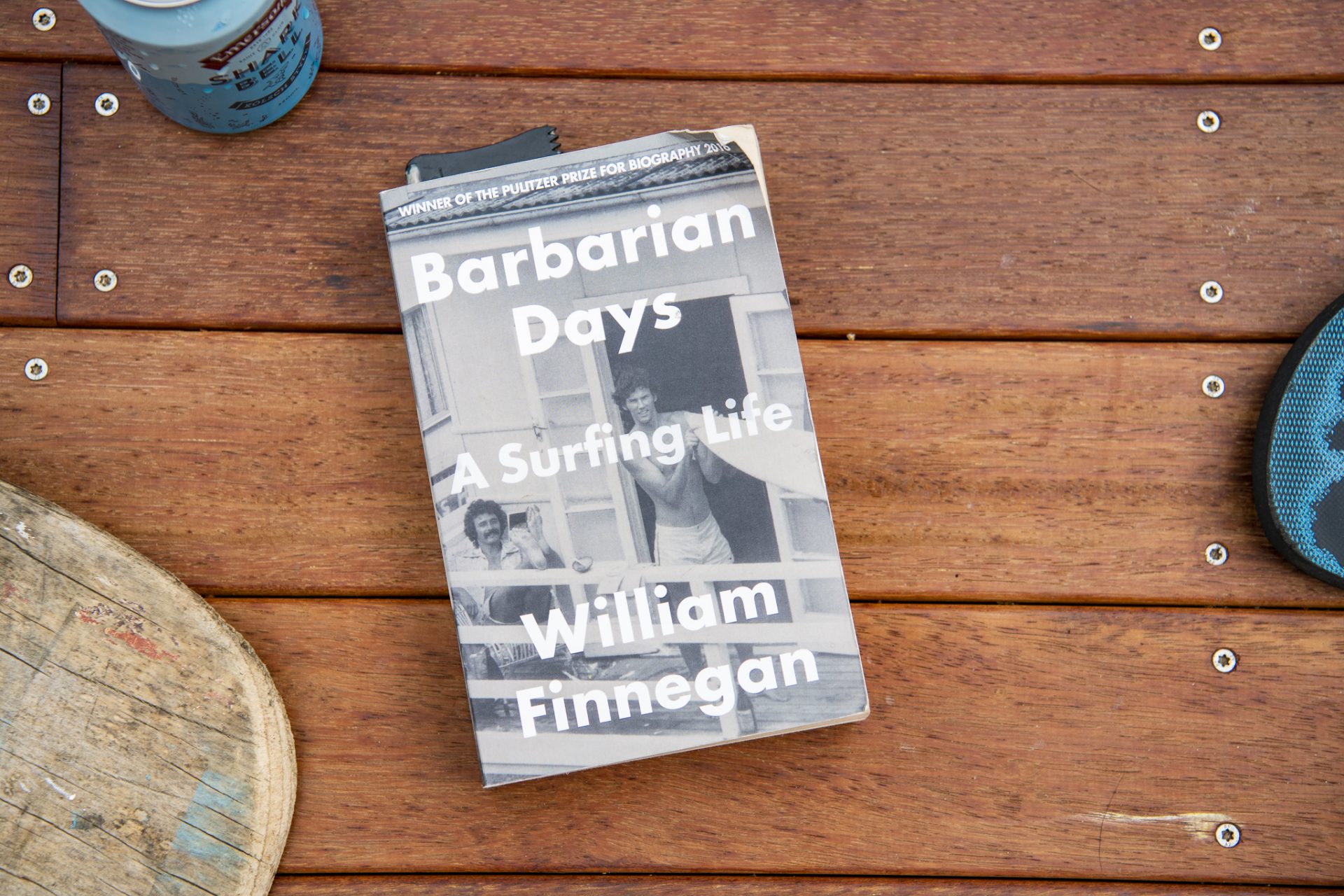 “Surfers are self-centered arseholes sometimes.” I’m sure the surf obsessed among us recognise this sentiment. It’s in that moment when your partner catches you looking out the window at the toetoe plants for wind directions, and checking the tides at the most inconvenient times of the day. I suspect this is why William Finnegan’s Pulitzer Prize-winning surfing biography is called Barbarian Days. However, Finnegan has made a valiant attempt to argue our case.

This is a travelling surfer’s life story, told not through the prism of the desperate need to win heats in professional competition, but of a man wrestling with an activity that has him: “floating between two worlds, between society [and a pastime] that had no rational content … there was a deep well of beauty and wonder in it … My enchantment would take me where it would”.

The author’s father lands the job of production manager for all those Hawaiian-based TV series that splashed across TV screens in the ’70s. Because of this fact, we are hooked in by a story of a skinny white kid from California transplanted to Hawaii, a tropical surfer’s paradise, where life is both glamourous and harsh. In Honolulu, on the other side of the postcard perfect Diamond Head, as a “haole” in a school filled with local Hawaiians, Finnegan literally has to fight for his place in the surf and on the playground.

Sprawling from Honolulu in 1966, to New York City in 2015, Finnegan flows through changes in society, history and culture like a sun burnt Forrest Gump, showing up in places that are about to explode with crowds. Indonesia, Australia’s Gold Coast, Fiji, Portugal and South Africa are all visited and described in vivid, careful detail.

Indeed, part of the charm of this book is the sense of wonder and mystery that existed pre-internet and pre-surf camps, when a place like Tavarua in Fiji, with its ethereal blue perfection, was simply a thumbnail outline on a wartime shipping chart with the words “Blind Roller” and “Awash” scrolled alongside its long barrier reef.

“We turned and trained our binoculars on the tiny island across the channel. We were looking straight into the wave. It was coming from the northwest, having wrapped nearly 180 degrees. It was a long tapering left. The lineup had an unearthly symmetry. This was it [Tavarua].”

Barbarian Days’ great achievement stems from Finnegan’s sense of narrative, knowingly filling in the chapters with the real stories between surf sessions and real characters. He has an eye for acute observation. People aren’t just shadowy background figures.

Living in San Francisco for a time, he falls under the spell of famous Mavericks big wave surfer Mark (Doc) Renneker. Doc is a family-practice physician and has co-authored two important Cancer research text books and at the same time is the, “poster child for the upside of surf obsession … six-four, slim, wide shouldered, with an unkempt brown beard … with a big laugh that fell somewhere between a honk and a roar.” Aside from launching himself over the ledge on some of the planet’s biggest, scariest waves, Doc perfectly embodies the contradictions and the individual realities of a surfer’s life. The fully fleshed out descriptions of people like Doc, clearly put this bio way beyond any stereotypical representations of “surfer dudes”, and for this reason alone it’s a must read for those who want to explore the depth and breadth of surfing and its multiplicity of character types.

With his travel companion Bryan, the author realises that a shared love for reading and writing combined with their surf stories, actually steers them in the direction of magazines looking for stories to entertain the less adventurous masses. Editors soon find Finnegan to be a young man with serious academic chops who in different circumstances would’ve been a staff reporter for a top North American magazine (publications he did write for later in life).

In explaining his Hawaiian “crew” he writes, “The in-crowd’s racism was situationist, not doctrinaire. It seemed to have no historical intentions.” While such writing can come across, at times, as a bit heavy handed, we can feel heartened that Barbarian Days is not just another surf-bio-jock-fest filled with testosterone-fuelled fist pumping. This dude is seriously “layered”, and consequently surfers look slightly more interesting to outsiders (and less like “self-centred arseholes”) thanks to this fine book. 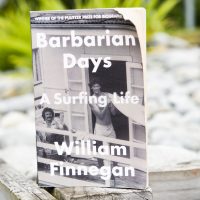 Book Title : Barbarian Days, A Surfing Life
Book Author : William Finnegan
Book Format : Paperback
Date published : April 26, 2016
ISBN : 978-1-4721-5141-4
Number Of Pages : 464
Book Description : Barbarian Days is William Finnegan’s memoir of an obsession, a complex enchantment. Surfing only looks like a sport. To initiates, it is something else: a beautiful addiction, a demanding course of study, a morally dangerous pastime, a way of life. Raised in California and Hawaii, Finnegan started surfing as a child. He has chased waves all over the world, wandering for years through the South Pacific, Australia, Asia, Africa. A bookish boy, and then an excessively adventurous young man, he went on to become a distinguished writer and war reporter. Barbarian Days takes us deep into unfamiliar worlds, some of them right under our noses. It immerses the reader in the edgy camaraderie of close male friendships forged in challenging waves.
Darren Eade