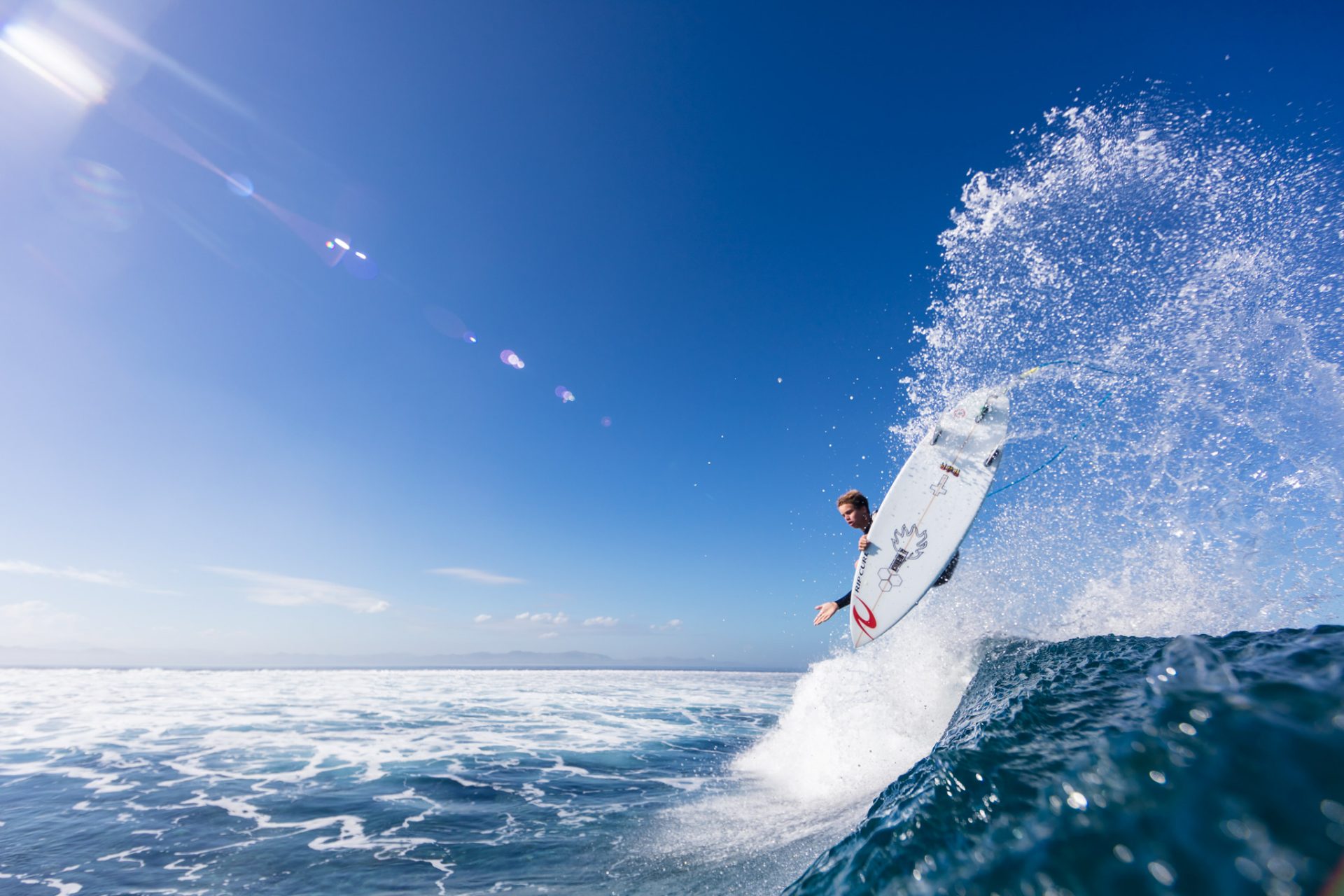 Held at Huntington Beach, California, the New Zealand team is fresh out of the National Scholastic Surfing Championships event where nine surfers competed.

Three of those surfers took home titles at the Scholastic Championships held in Gisborne; Caleb Cutmore, Brie Bennett and Kora Cooper, all of Raglan.

The scholastic event mirrors that of the World Junior Championship with a focus on the team aspect and also the long duration of the event, surfers having to pace themselves over five days of competition.

It will be that domestic experience that the team will need to pull on with only three of the surfers having previously competed at the prestigious international event.

You would expect the youngest surfer in the team, 14-year-old Kora Cooper, to be the surfer with the most nerves heading into the biggest event of his life and travelling without family.  However, the young natural foot surfer appears to be relaxed only days out from departure, taking things in his stride and looking forward to heading away as part of the junior team.

Cooper claimed two titles and a runner up finish at the 2018 Bayleys Real Estate Aotearoa Maori Titles held in Taranaki over this past weekend as he bagged more heat time getting ready for the event. Likewise, Brie Bennett won the Under 18 Girls Division and placed second in the Open Women’s Division at the event, also taking the opportunity to put in hours in the coloured jersey.

The three veteran team members looking to improve on their 2017 performances are Caleb Cutmore, of Raglan, Saffi Vette, of Gisborne, and Kea Smith, of Mount Maunganui.

Vette moves up into the Under 18 Girls Division this year after an impressive run at the event in 2017 that saw her finish eleventh overall. The Gisborne surfer will want to replicate her performances this year as she hunts for more international success after spending much of this year competing both in New Zealand and in Australia.

Cutmore also moves up into the Under 18 Boys Division and will be hoping to improve on his 49th placing from 2017.

For the past two years the team has finished tenth overall and they will be aiming to push into the top eight to gain qualification for the Aloha Cup. USA won the 2017 event beating Hawaii, Japan and Australia who finished second through fourth respectively.

Kehu Butler, of Mount Maunganui, had to opt out of the event after being originally selected. Butler is now focusing on his preparation for the WSL World Junior Championship in Taiwan later in the year after winning the Australasian Junior Series. Elin Tawharu, of Mount Maunganui, was also selected for the team but stepped up to represent New Zealand at the World Surfing Games in September where she placed 22nd overall. The two surfers have been replaced by Shane Kraus, of Piha, and Tiana Breeze de Mooij, of Mount Maunganui.

The 2018 VISSLA ISA World Junior Surfing Championship being held from October 27 through until the November 4, 2018, is the largest junior surfing event in the world playing host to over 350 surfers from 44 nations. 2018 marks the first year that all divisions are gender equal at the event with three surfers in each of the four divisions contested.

The 2018 New Zealand Junior Surfing Team is as follows: