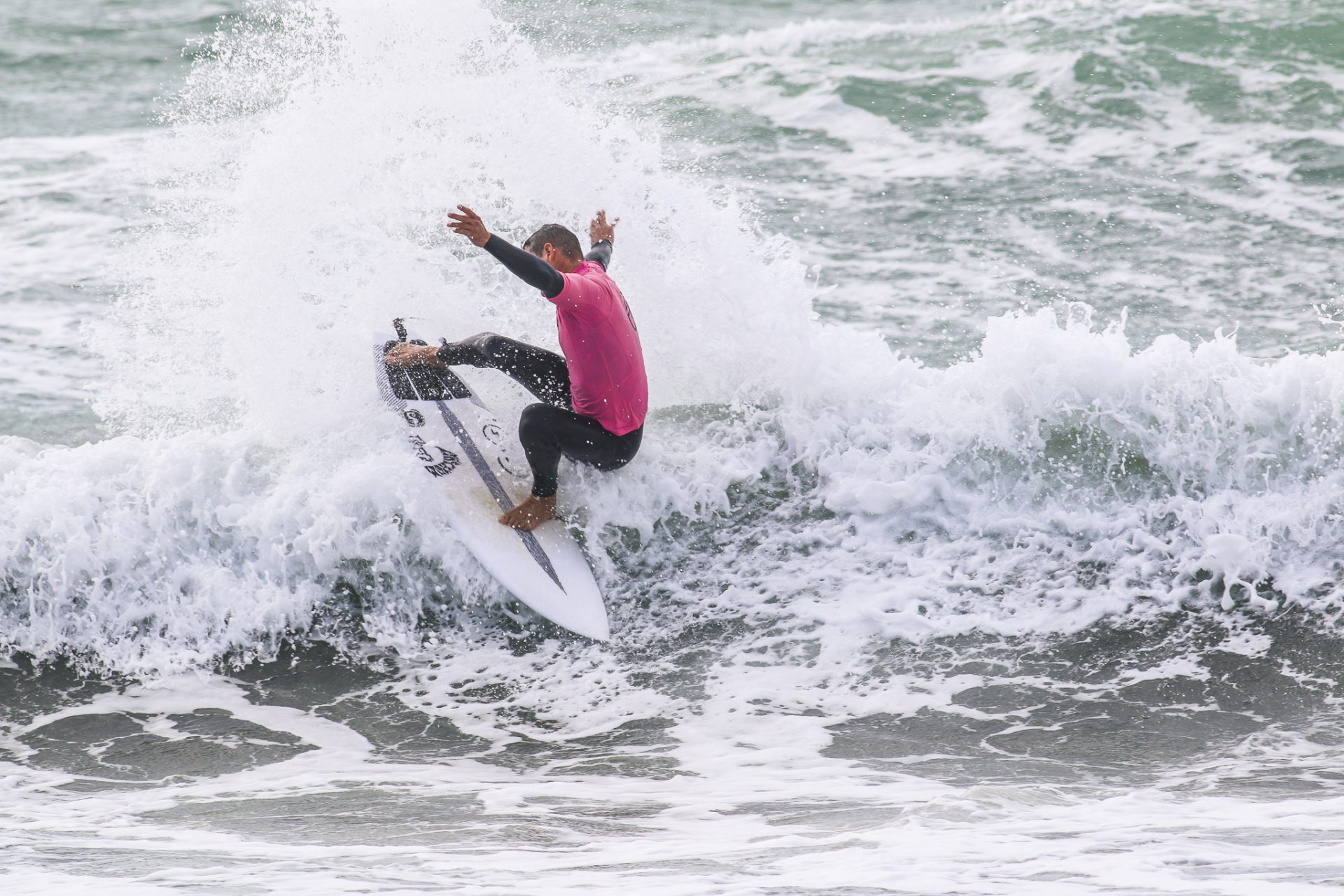 Maz Quinn claims his second win of the 2019 New Zealand Surf Series by taking out the Exit Surf Men’s Canterbury Surfing Championships held at Taylor’s Mistake at the weekend.

The win elevates Quinn to second overall on the national rankings at a time when the 42-year-old has semi-stood back from competition. He’s only competing in “select events” throughout the year, but certainly still has the mettle to put the new swarm of contest surfers on notice.

The final day of the event was held at Taylor’s Mistake Beach located just south of Sumner Beach in Christchurch. The wind affected 1.0m waves improved throughout the day as the event advanced through to the finals of the eight divisions contested early evening.

Quinn posted a considerable 15.7-point heat total in the final with his biggest challenge coming from Dunedin’s Elliott Brown who finished on 13.8 points. Ultimately, it was Quinn’s experience and precision that pipped the electric surfing of Brown.

Quinn won the second event of the series, held at Mount Maunganui back in February, but has only contested three of the five events held this season. He sits behind Billy Stairmand, of Raglan, on the overall rankings.

For southern goofy foot, Brown, it is his second finals appearance in as many weeks after a third-place finish at the South Island Surfing Championships last weekend. Brown also finished runner up at the Exit Surf Canterbury Championships in 2018. The talented 19-year-old continues to search for his maiden New Zealand Surf Series event win.

Raglan surfer Caleb Cutmore finished third this weekend and now sits third on the New Zealand rankings heading into the next event at his home break next weekend.

Brown and McLennan featured in the final of the Under 20 Boys Division, this time Brown getting the win with an impressive 16.4-point heat total, while McLennan had to settle for another fourth-place finish.  Wedged between them were Piha’s Shane Kraus and Christchurch surfer Neko Tohiariki who finished in second and third.

Day-one standout Jack Lee continued his form in the Under 18 Boys Division to take his first win of the season in the division. Lee has finalled at every event he has contested this season with three runner-up finishes to his name. The Whakatane surfer posted a 14.9-point heat total in the final which was enough to eclipse his good friend Caleb Cutmore who finished in second. Double finalist Jayden Willoughby, of Raglan, finished in third with Jai Oakley, of Christchurch, in fourth.

Gisborne took their second win of the event in the Under 16 Boys Division with Finn Vette claiming a close win over Willoughby: 13.6 vs 13.2. Vette’s win along with a third from his Dad Andrew in the Over 45 Division was enough for the father-son family combo to claim the Jeffery McKerras family performance award.

The first of four Christchurch titles went to Jack Tyro in the Under 14 Boys Division, the 12-year-old claiming his maiden national victory in a close match-up over an all-Christchurch line-up of Jack McKenzie, Rakiatia Tau and Thomas Robertson.

Hugh Ritchie claimed his second straight win in the Longboard Division and with his fast-paced finish, claimed the overall win for the 2019 New Zealand Longboard Series leap-frogging previous rankings leader Zen Wallis, of Piha, who finished third in the final. William Wallace, of Dunedin, finished runner up in the final with Nick Black, of Christchurch, finishing in fourth place.

The Exit Surf Men’s Canterbury Surfing Championships is the fifth of seven events on the 2019 New Zealand Surf Series. The remaining events are: