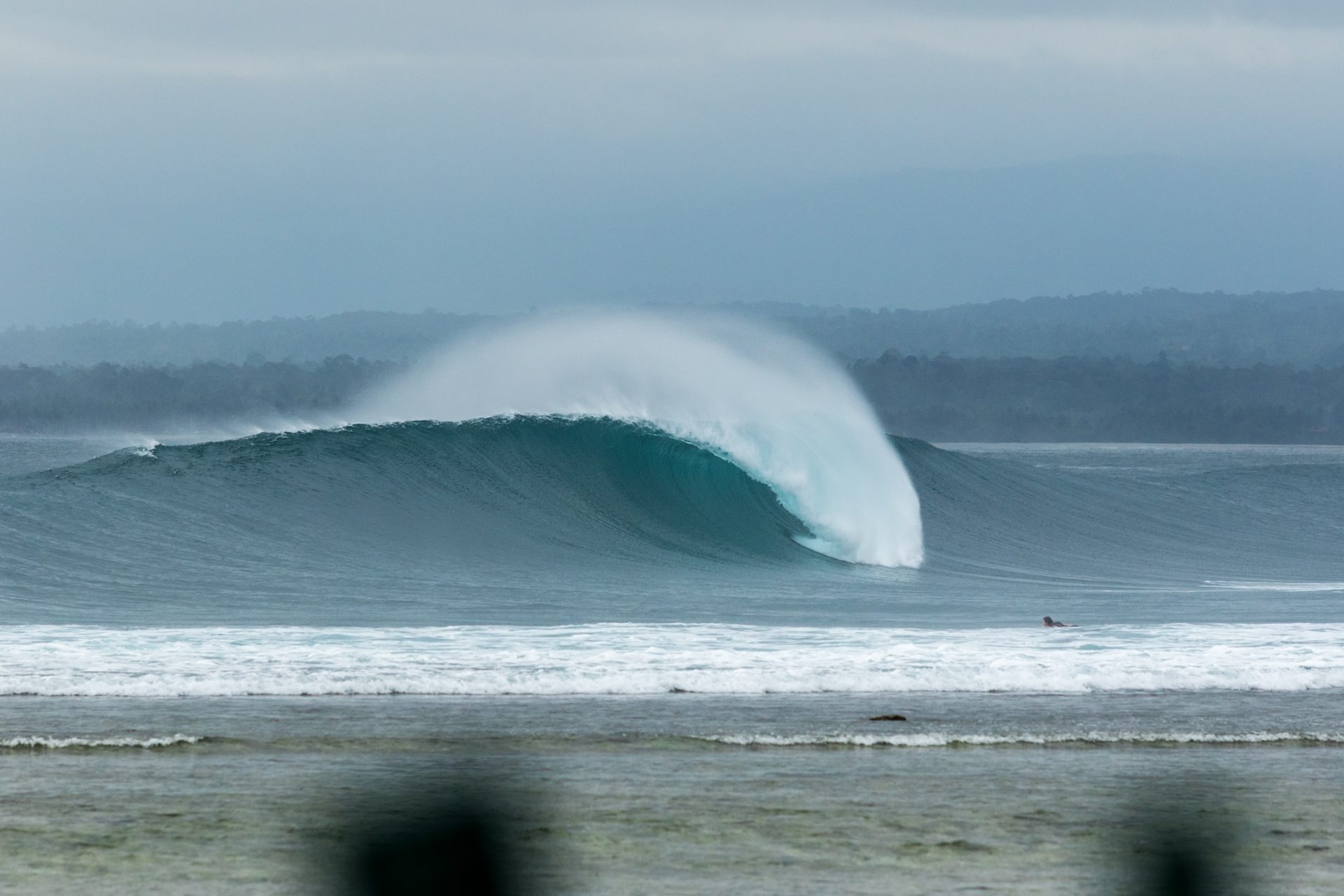 Nowhere in the surfing world has changed as much as Bali in the past 30 years, but if you still want that sublime Indonesian surf experience then you don’t have to mortgage your house to get it. Photographer Craig Levers shares an insight into the surfing subtleties of South Sumatra.

South Sumatra is often described as what Kuta, Bali, was like 30 years ago. Before the more ugly side of tourism kicked in, took hold and prescribed its new way of life. And journeying beyond Bali isn’t as expensive as you may think.

There were five of us on our recent trip there and our surfing experiences ranged from only 18 months to 40 years. As with all group travel, there are pros and cons. The obvious pros include the costs being spread among everyone and the great times shared with mates. Out of the 14 days we were there we had 10 days of surfing. Four days were lost to travelling and that’s one factor to consider when heading to South Sumatra. Having said that, for me, all up the 14 days only cost NZD$2700. There are not a lot of quality surf destinations that come in at such an affordable cost.

Here’s the breakdown with all prices in New Zealand dollars:

Air New Zealand return economy flights, $1214.00. We got a pretty good special, but I had to add another bag for camera gear. It’s an eight-hour flight, so we all opted into the “Works”, which means a couple of meals. Air New Zealand now offer direct flights to Bali. In 1991, the same return flight was $900.00 return.
We had a night in Bali before getting our internal flights to Sumatra. We choose to stay close to Denpasar Airport in Uban and in very nice suites, which cost $44 including breakfast.

The internal flights with Sriwijaya Air were $150.00 return. This was Bali to Jakarta Java, Jakarta, to Bandar Lampung, Sumatra. Our luggage was checked through from Bali to Bandar Lumpung and we paid an extra $50.00 ($10 each) for excess baggage. The first flight was 1 hour 40 minutes, the second flight 40 minutes.

At Bandar Lampung we were picked up by two vans provided by Damai Bungalows, which is where we stayed for nine nights. The vans were newish and comfortable, but the drive from Bandar Lampung to Ujung Bocur in the Krui region is five-to-six hours. Without doubt this is the most unpleasant part of the journey.

Damai cost me $600.00 for the nine nights. This included the return transfers, twin shared rooms, three meals a day and surf guide legend Dedi. Damai is owned and run by a classic Novacastrian Aussie ex-pat Jas. It’s small, there are six simple losmens, the food, staff and service is excellent. Damai is at the top end of Ujung Bocur, near the paddle out keyhole. As you can see from the images the communal area is totally orientated to the view of the Point.

We hired scooters with surfboard racks for eight days at $6.50 per day.

The only other costs were drinks [tea and coffee is free]. I was going through 2-3 litres of water a day, plus a mixed juice or two per day. So my bar bill came to a staggering $28.00. Hayden was at the other end of the spectrum racking up a $180.00 bar bill … that’s for eight days!

The main reason we opted for Krui is that there are a lot of set-ups. We didn’t surf every wave there is, and there are a bunch of line-ups that work in the rainy season as well. But here’s my take of the best waves we experienced: 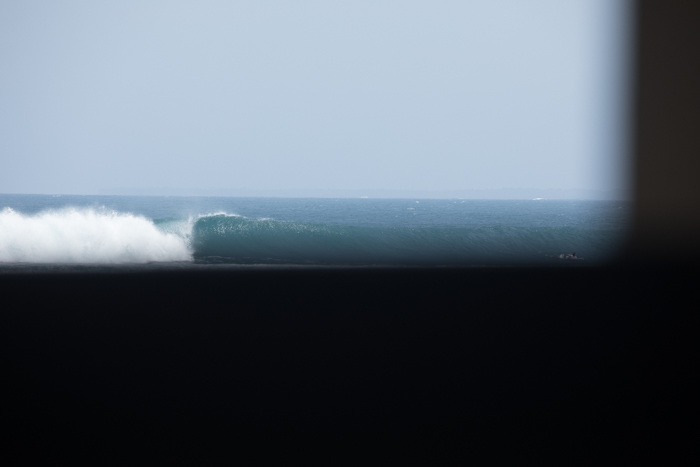 This is the lefthand point break out in front of our accommodation. It is incredibly consistent. Breaking through all tides and handling most wind swings. The Point is often compared to Raglan and I reckon that’s a fair assessment, sort of a hybrid of Indies and Manu Bay. While it does provide the odd barrelling section, it’s more of a fast wall that provides lots of sections to hit. It is a long wave that can offer rides well over 200 metres. Ujung Bocur is the go-to spot and most of the accommodation in the area is scattered along the Point so it does get crowded at times. The key phrase here is that it is incredibly consistent. At 6-8 foot the wave tends to push wide of the point.

Ujung Bocur is the go-to spot and most of the accommodation in the area is scattered along the Point so it does get crowded at times. The key phrase here is that it is incredibly consistent. 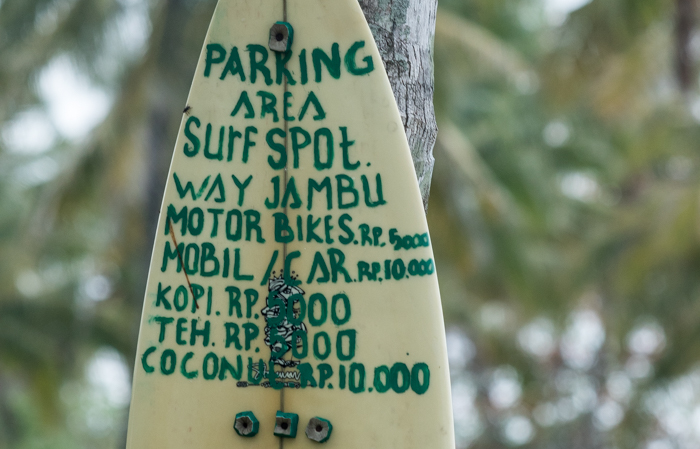 Way Jambu is a 20-minute scooter trip to the south. As the name suggests, it’s not for the timid. On the right swell direction, Way Jambu can handle any size thrown at it. In 2017, Lynden Kennings tackled it at what the locals are now calling 15 foot. At over 8 foot there is a (sort of) roll in take off before the wave hits the Pipe section. It’s a heavy, heavy wave with a slabbing barrel. It starts breaking from about three foot. 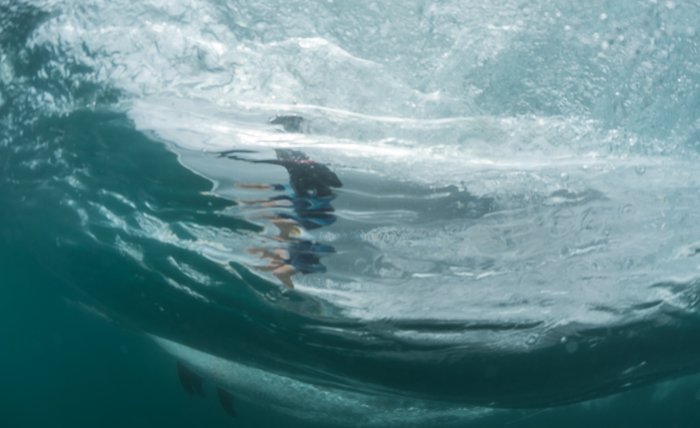 Just to the north of Ujung Bocur is a long strip of sandy beach that is very exposed to any swell. When there is “no swell” or Ujung Bocur is 1-2 foot, then the beachies come alive with options. In 2018 Elliot Paerata-Reid scored the Mandiri beachbreaks at 6-foot plus and he rates them as the best beachies in Indo. While we were there the beaches had been nailed by the big Nias swell from the month before. The fellas still had three really fun dawnies finding some rights for a change.

In 2018 Elliot Paerata-Reid scored the Mandiri beachbreaks at 6-foot plus and he rates them as the best beachies in Indo. 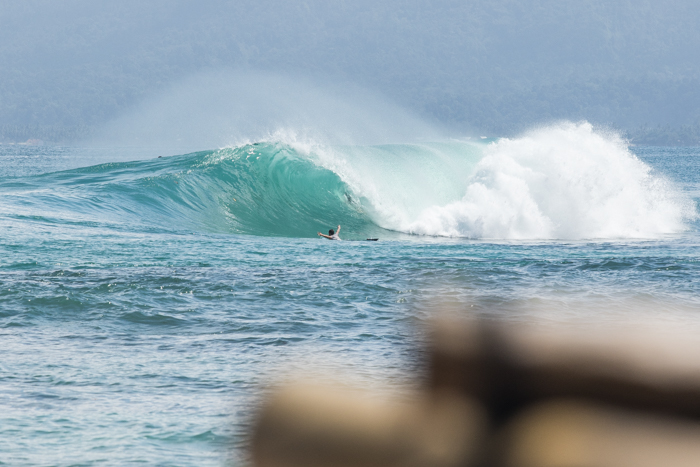 Short and sharp. The Peak at optimal size: Photo: CPLAbout 30 minutes north of Ujung Bocur is The Peak. To be honest, it’s more of a novelty wave than anything. But it can provide a pretty damn good room with a view  – it’s just a very short stay. It turns into a fat roll in at anything over 5 foot, but at 4 foot there’s a great little technical peak to sneak under. To the left of The Peak there is a bend in the reef that often provides a really good, but shallow left. 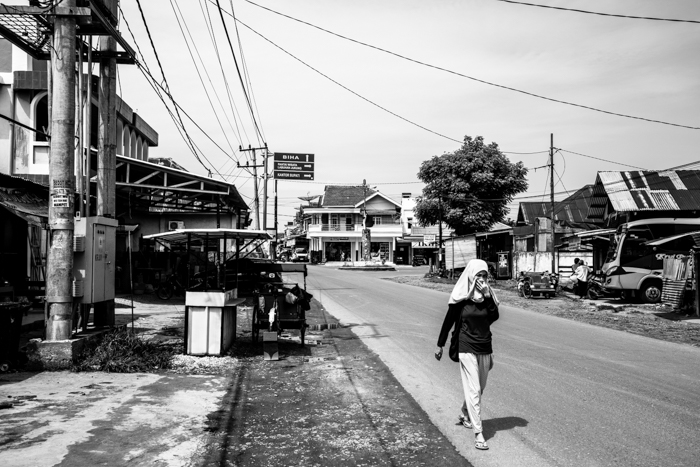 Krui is the main town, which is a 40-minute scooter ride north from Ujung Bocur. It is rather disparagingly slagged off as Cowards Corner. The left reef in town needs a lot of swell to get in. If Ujung Bocur is 6 foot, it’ll probably be 2-3 foot. It’s crowded with locals and beginners and because of this, very hazardous for your health. 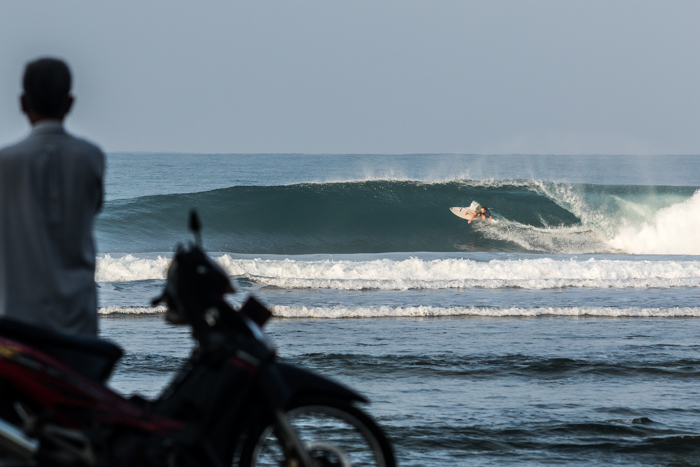 We reckon 40 minutes to an hour is about the maximum range you’d want to do on a scooter. You wanna preserve your energy for tackling waves not dodging Indo lorries. About 1 hour 40 minutes north of Ujung Bocur is Jimmy’s Rights and lefts. We opted for the vans, which cost us $15 dollars each for the day. Trade winds are cross-shore so it’s a 4am start to be there for dawn.

Jimmy’s Right is fun at 3-4 foot … and full-on from there up. It’s a barrel. The take off is steep, but very makeable. You backdoor the section that most likely will stay open giving you a clean exit before the wave bends onto near dry reef. In other words, don’t think you’re gonna get a turn in. Get in, then get out. 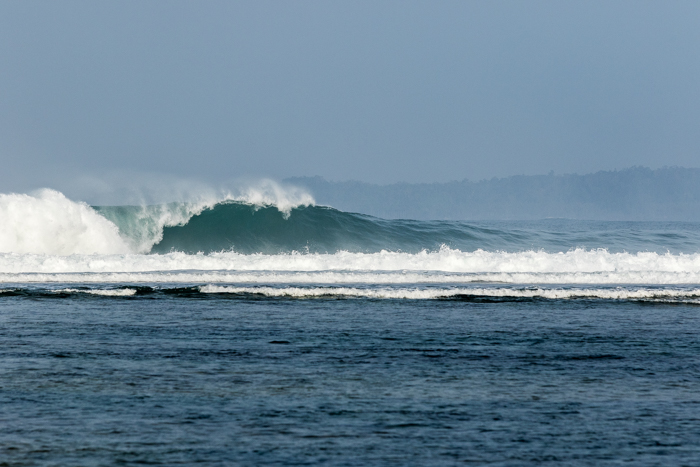 Jimmy’s Left is a very heavy deep water reef. If the rights are 4-5 foot, then the lefts are 6-8 foot. The swell comes out of deep water and slabs up onto the reef with Hawaiian/Tahitian thickness. You know, the kind that doesn’t take prisoners.

Because a new swell was coming, we pushed our flights back to Bali for one more day. Changing the flights was pretty easy. Back in Bali we had one night in a palace of a place booked via Airbnb, which was $80 each per night including breakfast. The palace had five double bedrooms all with ensuites, three kitchens, large gardens and a swimming pool. The main bedroom had an internal pool. 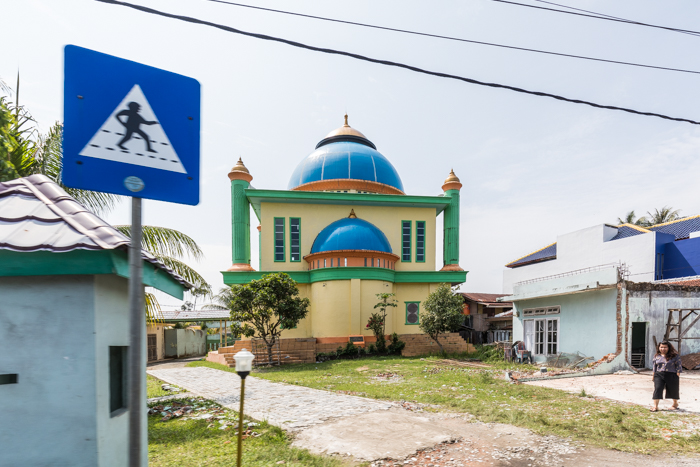 Would I go back to Krui? There is no doubt about it – I am going back! Apart from quality surf, South Sumatra offers a wonderfully immersive adventure into Indonesian culture. The locals are super friendly and helpful. The extra travel required, and that brutal five-hour drive, help keep Krui somewhat of a mission and that will prevent this ever going the way of Kuta. Here’s to it staying that way. 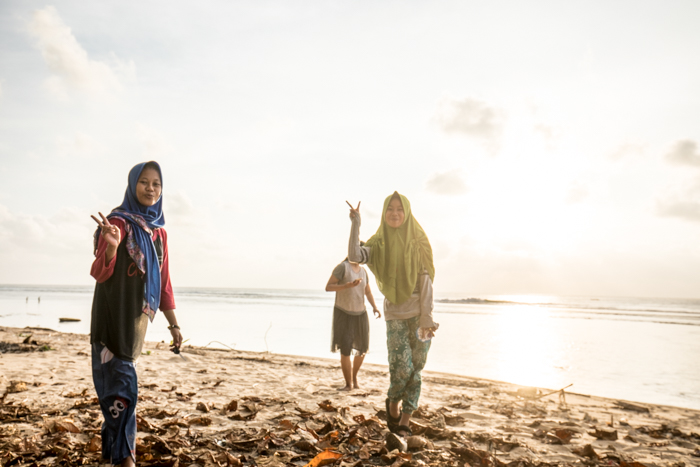