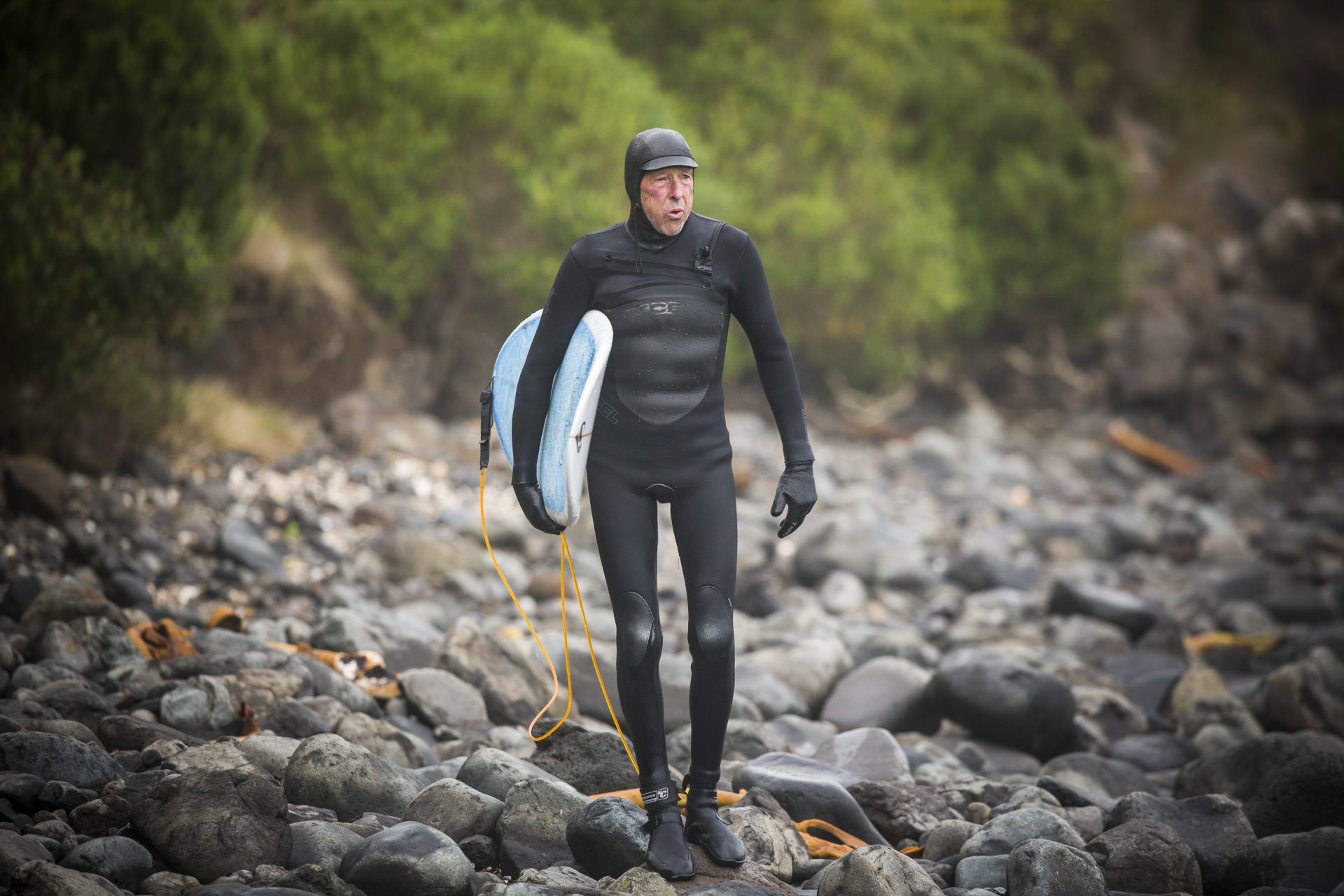 “I’ve got a local character for you,” laughs muso and surfer Shakes in the carpark at Whareakeake. “You have to meet this guy,” he smiles. “His son has a sign on the door that reads: ‘don’t worry about the dog, beware of the Cog!'”

Shakes leads me over to one of the cars nearby and introduces me to John Leslie – way better known as Cog. He’s standing in his undies about to put on his wetsuit, but stops to shake my hand first. He’s in his 70s and is still super fit and he’s quick to make a joke about my camera being waved in his face.

He has a sparkle in his eye that belies his age and he chats away constantly as he limbers this way and that until his steamer snaps into place on his rakish frame.

He lives in Waitati – just a quick drive to his favourite breaks and he still surfs them with the vitality of a misspent youth.

“I get a bit stiff, but that’s about it,” he smiles as he heads off around the shoreline to jump rock.

A few hours later I return to the carpark to find Cog getting changed and messing about pretending to interview another surfer with a ratchet handle as a microphone. It’s hi-jinx befitting a surf grommet and it has everyone in stitches.

I leave Cog to his fun and games and resolve to be surfing into my 70s and to preserve that kindred spirit that serves Cog so well. Thanks for the inspiration. We could all learn something from Cog.

Inside Seventhwave: The Kiwi Wetsuit Company On A Mission