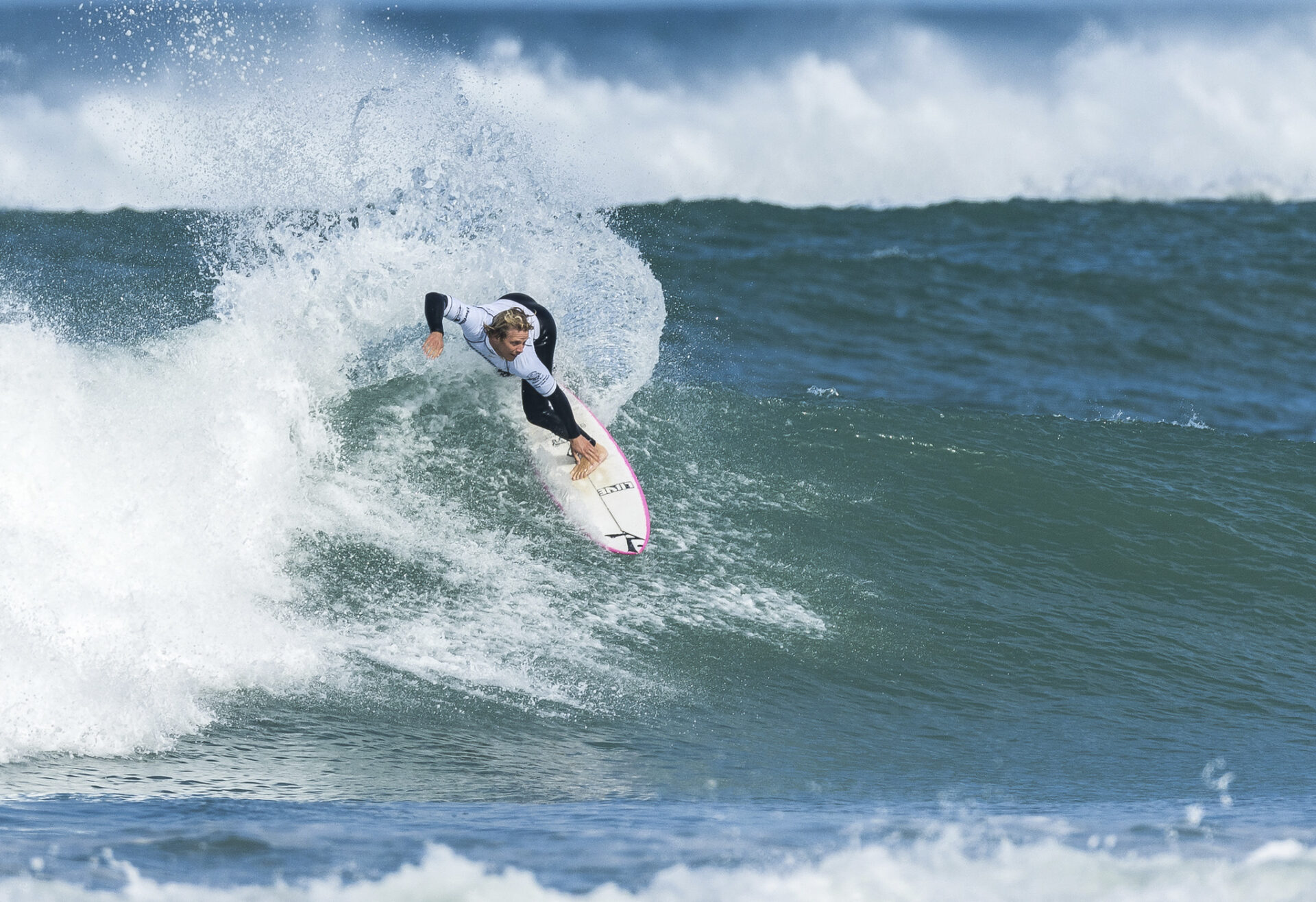 Te Atiawa retained the Iwi of Origin by way of Natasha Gouldsbury with support from her teammates after she claimed three titles at the event.

Northland took participants on another journey to complete the event, this time heading north of Kaitaia to the Bluff. A hikoi of cars ventured up State Highway 1 before traversing through the forest and popping out at the Bluff to be greeted to big 1.5-2m waves and perfect offshore winds. The northern side of the Bluff offered up some pumping waves on the right tides along with some challenging conditions throughout the day.

The exhibition put on in the Open Tane was amazing all day and none more so than in the glare of the setting sun during the finals where Stewart surfed to a 16.10 point heat total.

“I was just over getting second the last few times aye, to Bach [Tipene] in Taranaki then again to Kehu [Butler] here last time in 2020, so I just wanted to win this one so much,” said Stewart. “No more messing around, get it done and put it to bed.”

“Ric is my biggest hero,” Stewart admitted. “I have grown up watching him surf, so to have him in the final and to get one over him, I feel very lucky. It’s the same with Bugsy (Chris Malone).”

The Maori Titles is one of the first events that Stewart ever participated in … the meaning of the win to him was evident at the poroporoaki when he accepted his trophy.

“This is an event that I have always held close to my heart … it is one of my favourites,” he explained. “To compete at the event since a young kid growing up watching it, watching all the past winners and now to be able to win the Open Men – it feels pretty special.”

Gouldsbury surfed in four heats on the final day, slowly running out of steam, but not before winning all three divisions she contested.

“I’m drained,” said a tired Gouldsbury. “The surf is big, the current is gnarly, I was out there in the longboard and then in the juniors as well – where we got smashed – then again in the open.”

“I won the title in 2020 and was able to defend it this weekend, so I kind of brought the trophy up on a holiday,” she laughed. “But seriously, you don’t usually get to drive through forests and on beaches to find pumping waves like this. It’s a cool event and these types of adventures make it even better.”

In the senior men’s divisions, Chris Malone (Mahaki) made up for his runner-up finish in the Open Tane winning both the Over 35 and 45 Men’s Divisions.

Natasha Gouldsbury (Te Atiawa) and Navryn Malone (Mahaki) were victorious in the Under 18 Divisions claiming the $500 Surfline scholarships.

Malone was a standout all weekend, but it was in the final where he peaked. Malone posted a 19.37 point heat total out of 20 points for two huge lefthanders that he belted big combos on.

Gouldsbury surfed her way to victory on the final wave of her final surfing to an 8.47 total pipping Indi-Lee Ruddell (Te Atiawa) into second place ahead of India Kennings (Ngati Whatua Orakei) and Kyra Wallis (Nga Puhi).

Zen Wallis (Nga Puhi) and Natasha Gouldsbury tackled the mountainous low-tide waves on their longboards riding to victory. The conditions were far from ideal for longboarding, but both made the most of the waves they caught to out point their opponents.

Ngati Porou surfer Regan Farlie made his long journey from the East Cape worthwhile with a win in the Stand Up Paddleboard Division. Farlie managed to find some long running lefts to claim the win. Supported by his daughter upon exiting the water, the winning smile was beaming from ear to ear, Farlie’s return to the event spurred on by his daughter’s new-found enthusiasm for the ocean.

A new taonga was presented at the poroporoaki with Ricardo Christie and his whanau awarding the Tangaroatanga – Innovation Award – He tohu maumahara o Taniora – Danny Carse. Will Hardie was the recipient, picked out by Ricardo for his outstanding surfing during the event and in particular his confident display of surfing in the Open Men’s Semifinals.

The Maori Titles has a unique feel to it with a mix of top New Zealand surfers as well as many who focus their attention on Labour Weekend as the only occasion they pull on a coloured jersey in competition.   Divisions range from Under 14 Boys and Girls through to Over 45 Men and Women plus Longboarding and Stand Up Paddleboarding. Whanau and friends attend the event as a celebration of surfing with the Friday evening powhiri setting the kaupapa for the long weekend.